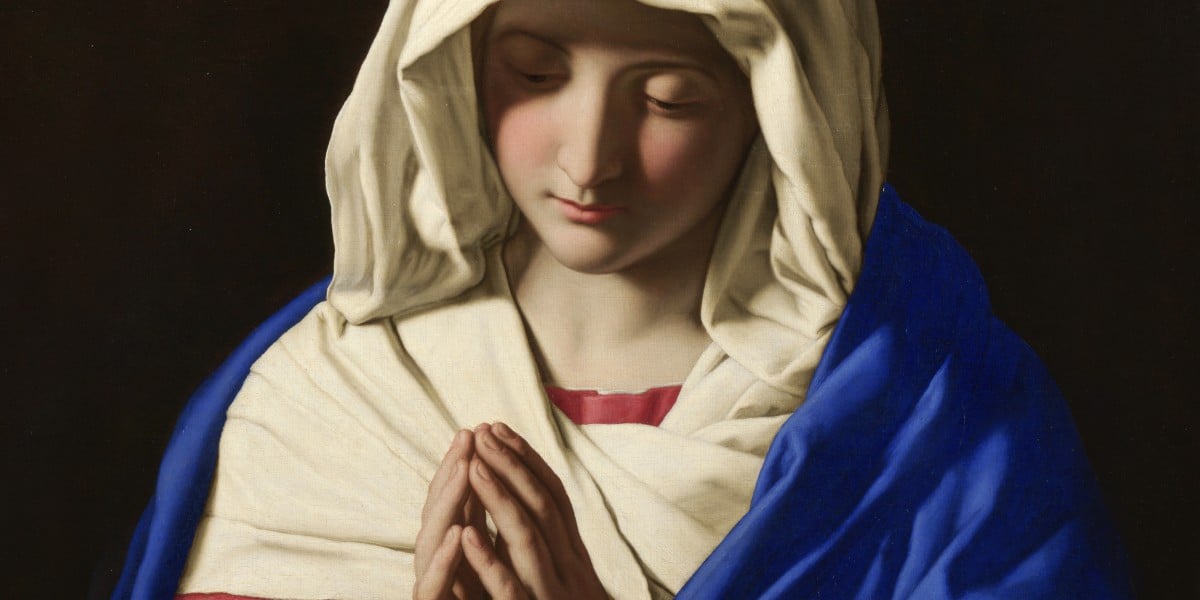 Birthday of Mary, Mother of God – Andrew of Crete

Saint Andrew of Crete on the nativity of Mary, the Mother of God, as a turning point between old and new covenant, the frontier where types and symbols give way to reality. This reading shows that September 8 was celebrated as the birthday of the Blessed Virgin Mary, daughter of Joachim and Ann & mother of Jesus, at least as early as the early 8th century.

T he fulfillment of the law is Christ himself, who does not so much lead us away from the letter as lift us up to its spirit. For the law’s consummation was this, that the very lawgiver accomplished his work and changed letter into spirit, summing everything up in himself and, though subject to the law, living by grace.

Letter and Spirit of the Law

He subordinated the law, yet harmoniously united grace with it, not confusing the distinctive characteristics of the one with the other, but effecting the transition in a way most fitting for God. He changed whatever was burdensome, servile and oppressive into what is light and liberating, so that we should be enslaved no longer under the elemental spirits of the world, as the Apostle says, nor held fast as bond-servants under the letter of the law.

This is the highest, all-embracing benefit that Christ has bestowed on us. This is the revelation of the mystery, this is the emptying out of the divine nature, the union of God and man, and the deification of the manhood that was assumed.

Birth of Mary, Mother of God, as the Prelude

This radiant and manifest coming of God to men most certainly needed a joyful prelude to introduce the great gift of salvation to us. The present festival, the birth of the Mother of God, is the prelude, while the final act is the fore-ordained union of the Word with flesh. Today the Virgin is born, tended and formed and prepared for her role as Mother of God, who is the universal King of the ages.

Birthday of Mary as a Frontier

Justly, then, do we celebrate this mystery since it signifies for us a double grace. We are led toward the truth, and we are led away from our condition of slavery to the letter of the law. How can this be?

Darkness yields before the coming of the light, and grace exchanges legalism for freedom. But midway between the two stands today’s mystery, at the frontier where types and symbols give way to reality, and the old is replaced by the new.

Nativity of Mary, Renewal of Creation

Therefore, let all creation sing and dance and unite to make worthy contribution to the celebration of this day. Let there be one common festival for saints in heaven and men on earth. Let everything, mundane things and those above, join in festive celebration. Today this created world is raised to the dignity of a holy place for him who made all things. The creature is newly prepared to be a divine dwelling place for the Creator.

Though the New Testament tells us nothing about the nativity or birthday of Mary, the birth of the Theotokos is recorded in the Protoevangelion of St. James, a second century work that is not part of the canon of Sacred Scripture. There we are told that her parents were Saints Joachim and Ann. The place traditionally regarded as the site of the birth of the Mother of God is in a cave under the crusader Church of St. Ann in Jerusalem where Joachim and Anna were believed to have lived. The Catholic Church teaches that by a special act of Divine Providence, the birth of the Blessed Virgin Mary occurred without the transmission of original sin. This doctrine is known as the Immaculate Conception.

This reading on the nativity or birthday of Mary, is an excerpt from a discourse by St. Andrew of Crete (Oratio 1: PG 97, 806-810).  It appears in the Roman Office of Readings for the Feast of the Birth of the Virgin Mary on September 8.

St. Andrew of Crete (c. 660-740) was born around 660 AD in Damascus and eventually entered monastic life at Mar Saba. He later served at the Church of the Holy Sepulchre in Jerusalem, and was ordained a deacon at the great cathedral of Constantinople and mother Church of Eastern Christendom, Hagia Sophia, around 685. Always exhibiting great pastoral solicitude for orphans, widows, and the aged, Saint Andrew spent his last days as Archbishop of Gortyna on Crete, a position to which he was elevated in 692. Attrbuted by many with the invention of the canon as a style of religious writing, his works display not only great rhetorical skill, but an incomparable depth of theological understanding. He is considered one of the great spiritual writers on the theme of repentance, and his Great Canon, prayed during Lent in the Eastern Churches of Byzantine tradition, stands as a great testimony to man’s repentant cry to God, our merciful Father. Saint Andrew of Crete is numbered among those great Christian writers known as the Early Church Fathers or “Fathers of the Church.”