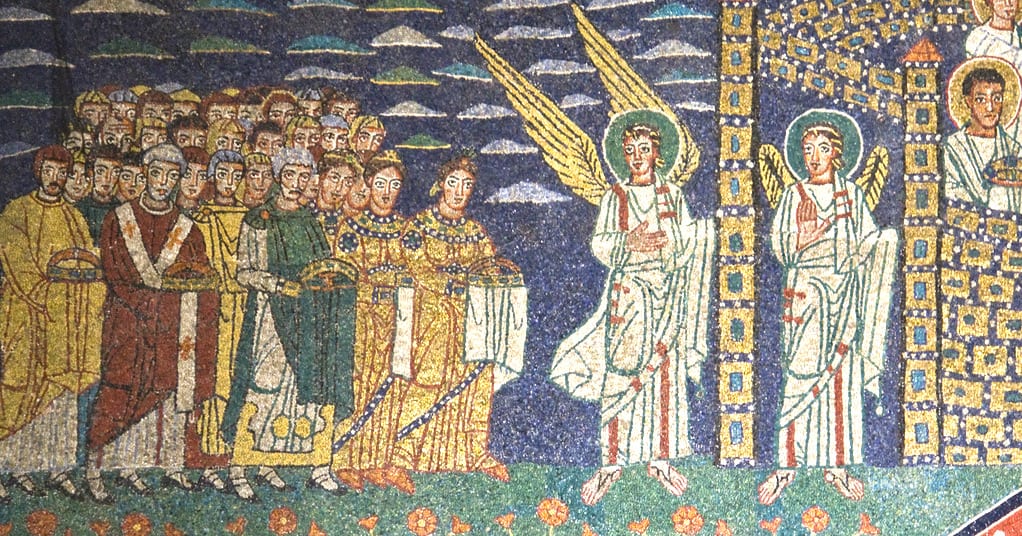 Blessed are the Mourning & the Meek – Leo the Great

Leo on the second & third of the Beatitudes, calling blessed the meek and those who mourn.  The mourning which Christ references here has little to do with worldly sorrow, and the reward promised to meekness goes well beyond the things of this world.

After preaching the blessings of poverty, the Lord went on to say: Blessed are they who mourn, for they shall be comforted.

Blessed are Those who Mourn

But the mourning for which he promises eternal consolation, dearly beloved, has nothing to do with the ordinary worldly distress; for the tears which have their origin in the sorrow common to all mankind do not make anyone blessed.

There is another cause for the saints, another reason for their blessed tears. Religious grief mourns for sin, one’s own or another’s; it does not lament because of what happens as a result of God’s justice, but because of what is done by human malice. Indeed, he who does wrong is more to be lamented than he who suffers it, for his wickedness plunges the sinner into punishment, whereas endurance can raise the just man to glory.

Blessed are the Meek

Next the Lord says: Blessed are the meek, for they shall inherit the earth. To the meek and gentle, the lowly and the humble, and to all who are ready to endure any injury, he promises that they will possess the earth.

Nor is this inheritance to be considered small or insignificant, as though it were distinct from our heavenly dwelling; for we know that it is the kingdom of heaven which is also the inheritance promised to the meek and which will be given to the gentle for their own possession is none other than the bodies of the saints. Through the merit of their humility their bodies will be transformed by a joyous resurrection and clothed in the glory of immortality. No longer opposed in any way to their spirits, their bodies will remain in perfect harmony and unity with the will of the soul. Then, indeed, the outer man will be the peaceful and unblemished possession of the inner man.

The Reward of Gentleness

Then, truly will the meek inherit the earth in perpetual peace, and nothing will be taken from their rights; for this perishable nature shall put on the imperishable and this mortal nature shall put on immortality. Their risk will turn into reward; what was a burden will have become an honor.

This post on Beatitudes 2 & 3, Blessed are the meek and those who mourn, is an excerpt from Leo the Great’s famous Sermon on the Beatitudes (Sermo 95, 4-6: PL 54, 462-464).  It is used in the Roman Office of Readings for Saturday of the 22nd Week in Ordinary time with the accompanying biblical reading taken from Jeremiah 31:15-34.

The banner image is one of the 9th-century mosaics in Santa Prassede in Rome.  We see the saints being led into the heavenly city by an angel. The saints carry crowns as a sign of their victory over sin and death through the grace of Christ.