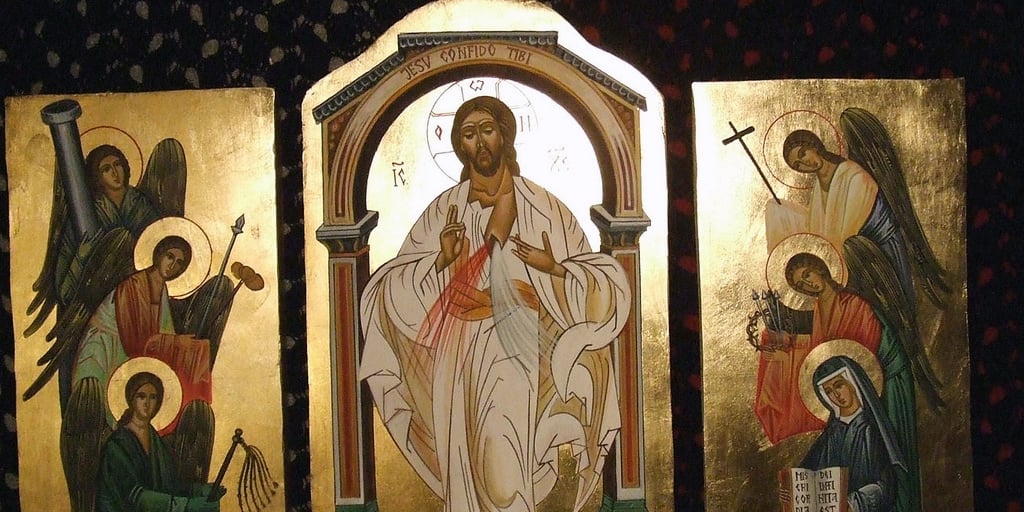 Blood and Water From His Side – Chrysostom

Home > AA-Media  > Articles  > Blood and Water From His Side – Chrysostom
St. John Chrysostom

The blood and water that flowed from Christ’s side on the cross were symbols of the eucharist and baptism, prefigured by the blood of the Passover Lamb, says John Chrysostom, one of the greatest preachers of the early Church.

If we wish to understand the power of Christ’s blood, we should go back to the ancient account of its prefiguration in Egypt. “Sacrifice a lamb without blemish”, commanded Moses, “and sprinkle its blood on your doors”. If we were to ask him what he meant, and how the blood of an irrational beast could possibly save men endowed with reason, his answer would be that the saving power lies not in the blood itself, but in the fact that it is a sign of the Lord’s blood. In those days, when the destroying angel saw the blood on the doors he did not dare to enter, so how much less will the devil approach now when he sees, not that figurative blood on the doors, but the true blood on the lips of believers, the doors of the temple of Christ.

If you desire further proof of the power of this blood, remember where it came from, how it ran down from the cross, flowing from the Master’s side. The gospel records that when Christ was dead, but still hung on the cross, a soldier came and pierced his side with a lance and immediately there poured out water and blood. Now the water was a symbol of baptism and the blood, of the holy eucharist. The soldier pierced the Lord’s side, he breached the wall of the sacred temple, and I have found the treasure and made it my own. So also with the lamb: the Jews sacrificed the victim and I have been saved by it.

“There flowed from his side water and blood”. Beloved, do not pass over this mystery without thought; it has yet another hidden meaning, which I will explain to you. I said that water and blood symbolized baptism and the holy eucharist. From these two sacraments the Church is born: from baptism, “the cleansing water that gives rebirth and renewal through the Holy Spirit”, and from the holy eucharist. Since the symbols of baptism and the Eucharist flowed from his side, it was from his side that Christ fashioned the Church, as he had fashioned Eve from the side of Adam Moses gives a hint of this when he tells the story of the first man and makes him exclaim: “Bone from my bones and flesh from my flesh!” As God then took a rib from Adam’s side to fashion a woman, so Christ has given us blood and water from his side to fashion the Church. God took the rib when Adam was in a deep sleep, and in the same way Christ gave us the blood and the water after his own death.

Do you understand, then, how Christ has united his bride to himself and what food he gives us all to eat? By one and the same food we are both brought into being and nourished. As a woman nourishes her child with her own blood and milk, so does Christ unceasingly nourish with his own blood those to whom he himself has given life.

This selection from St. John Chrysostom is used in the Roman Office of Readings for Lent.

St. John Chrysostom was a monk who was ordained a priest and ultimately, against his will, selected as Patriarch Archbishop of Constantinople. His call to repentance and moral reform won him the enmity of the nominally Christian Empress who got him deposed on trumped-up charges and exiled. But his preaching inspired the hearts of the people of Constantinople and won him the title “Chrysostom” meaning golden-mouthed. St. John Chrysostom, who died under the harsh conditions of his exile in 407, will always be remembered as one of the greatest of the Early Church Fathers and one of the greatest preachers of all time. His beautiful but always practical bible teaching has earned him the title “Doctor of the Church.” (bio by Dr. Italy)