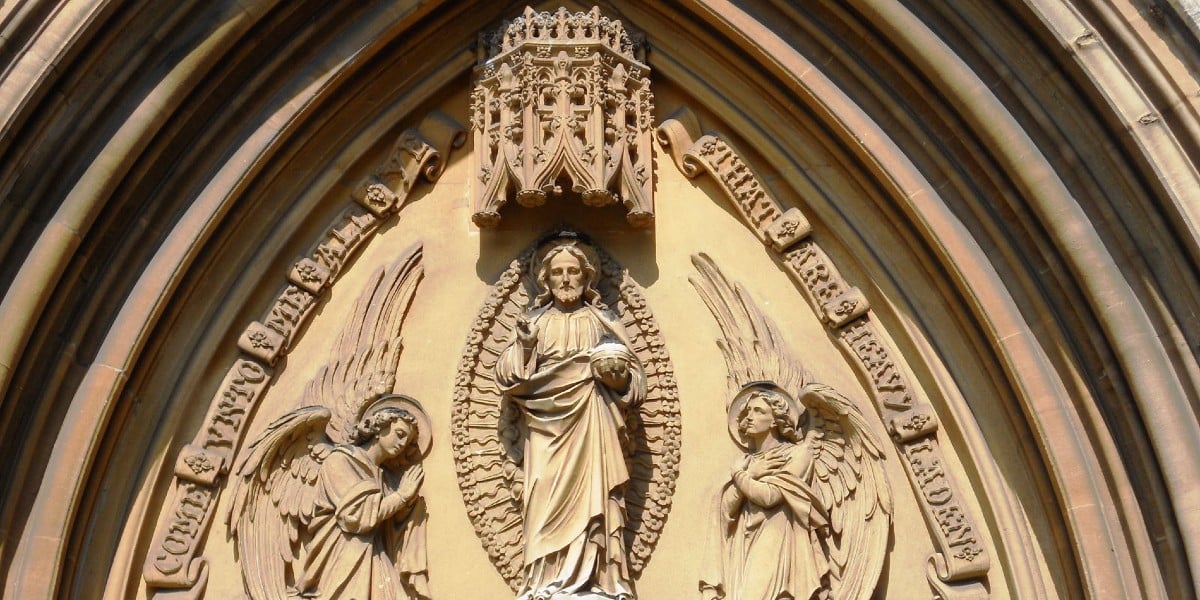 Because he was a witness to the resurrection of Jesus Christ, Saint Matthias was chosen by the other apostles to take the place of Judas (Acts 1;15-26).   Matthias is remembered by the Church each year on May 14, and reads this reflection on Matthias’ call by St. John Chrysostom.

In those days, Peter, stood up in the midst of the disciples and said… As the fiery spirit to whom the flock was entrusted by Christ and as the leader in the band of the apostles, Peter always took the initiative in speaking: My brothers, we must choose from among our number. He left the decision to the whole body, at once augmenting the honor of those elected and avoiding any suspicion of partiality. For such great occasions can easily lead to trouble.

Did not Peter then have the right to make the choice himself? Certainly he had the right, but he did not want to give the appearance of showing special favor to anyone. Besides he was not yet endowed with the Spirit. And they nominated two,we read, Joseph, who was called Barsabbas and surnamed Justus, and Matthias.He himself did not nominate them; all present did. But it was he who brought the issue forward, pointing out that it was not his own idea but had been suggested to him by a scriptural prophecy. So he was speaking not as a teacher but as an interpreter.

So, he goes on, we must choose from those men who lived in our company. Notice how insistent he is that they should be eyewitnesses. Even though the Spirit would come to ratify the choice, Peter regards this prior qualification as most important.

Those who lived in our company, he continued, all through the time when the Lord Jesus came and went among us. He refers to those who had dwelt with Jesus, not just those who had been his disciples. For of course from the very beginning many had followed him. Notice how it is written that Peter himself was one of the two who had listened to John, and followed Jesus.

All through the time when the Lord Jesus came and went among us, beginning with the baptism of John – rightly so, because no one knew what had happened before that time, although they were to know of it later through the Spirit.

And they all prayed together, saying: You, Lord, know the hearts of men; make your choice known to us. “You”, not “we”. Appropriately they said that he knew the hearts of men, because the choice was to be made by him, not by others.

They spoke with such confidence, because someone had to be appointed. They did not say “choose” but make known to us the chosen one; the one you choose, they said, fully aware that everything was pre-ordained by God. They then drew lots. For they did not think themselves worthy to make the choice of their own accord, and therefore they wanted some sign for their instruction.