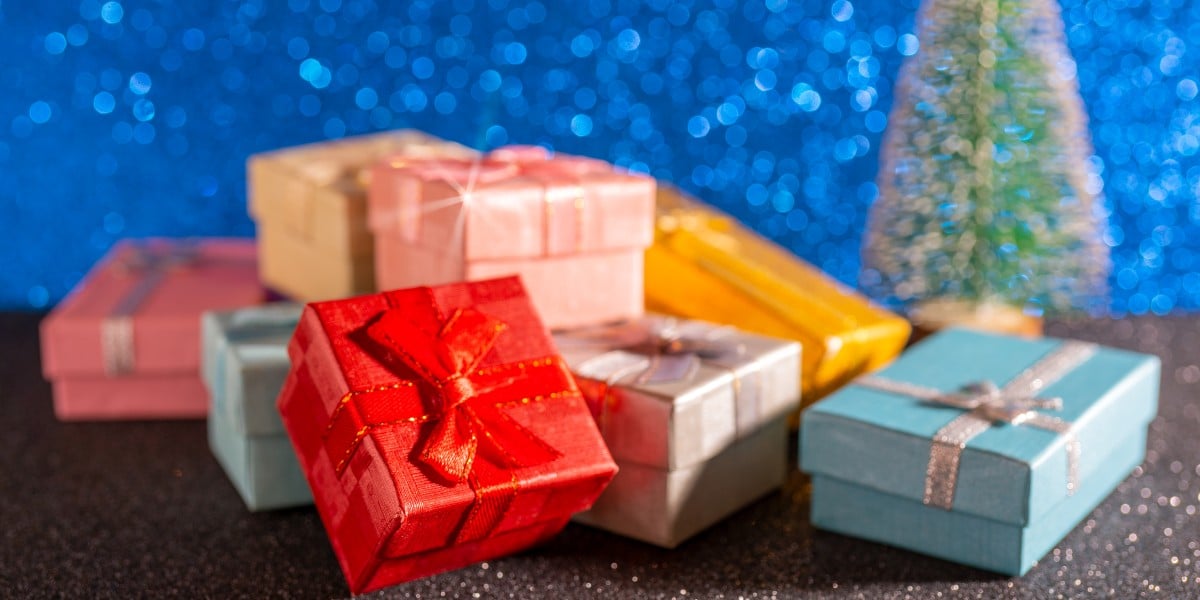 The custom of Giving gifts on  Christmas & Birthdays is a meaningful tradition that can easily lose touch with its original meaning.  Some tips to restore meaning & purpose to presents and gift-giving.

Actions speak louder than words.  One picture is worth a thousand words.  Talk is cheap.

We have lots of different sayings that generally express the same thing–words alone are inadequate to express lots of things, especially personal messages like “I love you.”

So human beings in every culture have developed rituals to express the value they place on people and special events.   Take, for example, Turkey on the dining room table at Thanksgiving or presents under the tree at Christmas.  And then there are birthdays.  Even if all party-goers are tone deaf on a diet, we must sing the silly song and blow out the candles on that carb-laden cake!

Problem – the Loss of Meaning

The problem with human beings is that we have a stubborn tendency to allow rituals to become merely mechanical, forgetting their real meaning (one of the effects of original sin).  The puritanical response to this is to abolish the offending feast.  In the originally Puritan state of Massachusetts, for example, Christmas was not an official holiday until the 1890’s!  And to this day, Jehovah’s Witnesses forbid birthday celebrations.

The Catholic approach has always been different.  We accept the celebrations with their occasional excesses and their traditional trappings (even those of pagan origins such as the Christmas tree).  The goal is to revive the original meaning of the rituals or invest them with a new, Christian meaning.

In the pagan Roman world of the fourth century AD, everyone felt relief as the days once again started getting longer following the depressing darkness of the winter solstice.  So they observed Dec 25 as “the birthday of the unconquerable Sun.”  “What a great time to celebrate the birthday of the truly unconquerable Son!” thought the early Christians.  So they successfully co-opted the day. Christmas was born.

So what do we do with America’s gift-giving extravaganza at Christmas?  It’s Jesus’ birthday, but the presents under the tree are the real focus, especially for the kids.  The first is unwrapped and then another and another, faster and faster.  It resembles a school of sharks going into a feeding frenzy.  Almost instantly the thrill is gone and the room is filled with crumpled wrapping paper (but it took so long to wrap them all!).

Rather than following the Grinch and eliminating the gifts, we set rules to make them more meaningful.  First, we try to select at least some gifts and stocking-stuffers that will help people develop their relationship with Jesus: books, CD’s, videos, rosaries, etc.

Then, on Christmas morning, before we go to the tree, we gather at the manger, sing a carol, read a brief scripture, and thank God for Jesus, the greatest gift of all.  Then we open one gift at a time, with everyone paying attention to what others get (this teaches patience!).  And we don’t open everything on the 25th.  Rather, we left some presents wrapped and under the tree for the other 11 days of Christmas (another lesson in patience!).  We get more prayers, readings and carols around the manger this way. For friends and family we would consider sharing gifts that would help people unpack God’s spiritual gifts, gifts that would actually have something to do with Jesus.

On birthdays, yes, we do the cake and candles and song and gifts.  But we would forego the noisy, expensive affairs   in favor of home celebrations with just family and maybe a few friends.

And we add a few things.  First, at the birthday dinner, we go around the table and everyone shares something they particularly appreciate about the birthday boy or girl.

Next, we make it a point to celebrate the baptismal birthday which usually follows a month or so later.  We don’t do gifts again but sometimes have a cake, or at least dessert (can’t have a celebration without dessert!).  At the end of the meal, we light the baptismal candle, pull out some holy water, and baptismal vows are renewed by all with Dad asking “Do you believe in . . .” and all answering with a resounding “I do.”  Incidentally, the Church thinks so highly of this custom that it recommends it in the Handbook of Indulgences and offers a plenary indulgence to those who do it.

So we have three options on gift-giving: a) just acquiesce to the society’s way: b) say “bah-humbug!” with Scrooge and the Puritans; or c) take the traditional Catholic approach and press the custom into the service of the Gospel.  I say Catholics have more fun.