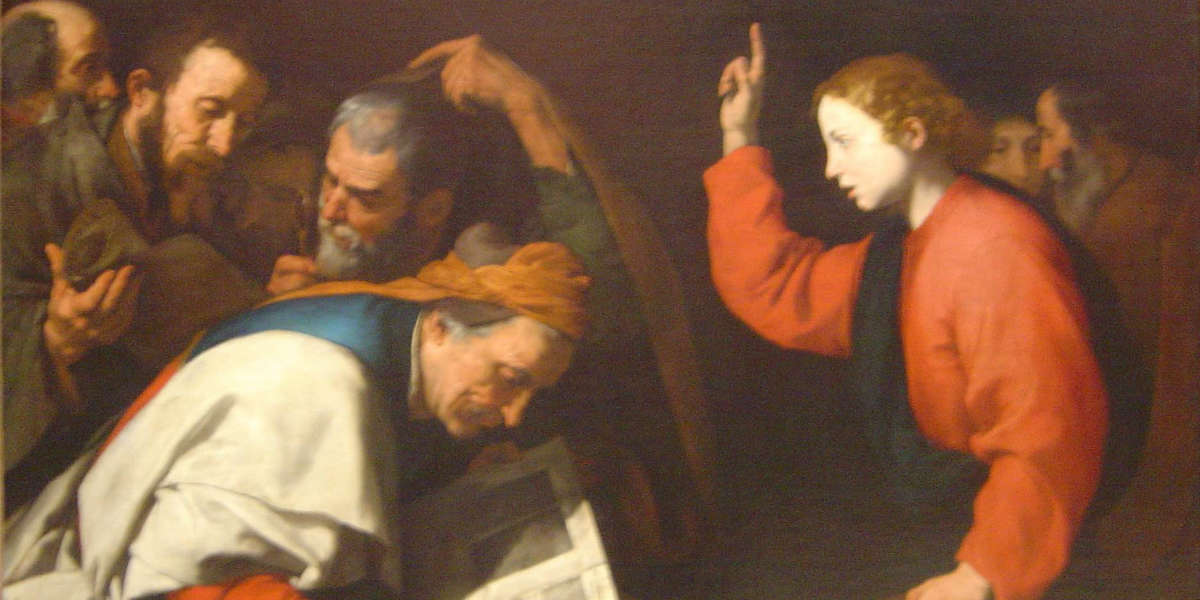 Christ is the Word of Life Made Visible – Augustine

It is fitting that the feast of St. John, apostle and evangelist, occurs during the Christmas season.  For it is John, in his gospel and his first epistle, who so clearly teaching us the wonder of the incarnation, the word of God and word of Life become and made visible for us.  Here Augustine examines John’s teaching on this mystery.

In the Beginning was the Word

Now this Word, whose flesh was so real that he could be touched by human hands, began to be flesh in the Virgin Mary’s womb; but he did not begin to exist at that moment. We know this from what John says: What existed from the beginning. Notice how John’s letter bears witness to his Gospel, which you just heard a moment ago: In the beginning was the Word, and the Word was with God.

Someone might interpret the phrase the Word of life to mean a word about Christ, rather than Christ’s body itself which was touched by human hands. But consider what comes next: and life itself was revealed. Christ therefore is himself the Word of life.

And how was this life revealed? It existed from the beginning, but was not revealed to men, only to angels, who looked upon it and feasted upon it as their own spiritual bread. But what does Scripture say? Mankind ate the bread of angels.

Word of Life itself is Made Visible

John continues: And we are witnesses and we proclaim to you that eternal life which was with the Father and has been revealed among us – one might say more simply “revealed to us”.

We proclaim to you what we have heard and seen. Make sure that you grasp the meaning of these words. The disciples saw our Lord in the flesh, face to face; they heard the words he spoke, and in turn they proclaimed the message to us. So we also have heard, although we have not seen.

Fellowship with the Father & the Son

And our fellowship is with God the Father and Jesus Christ his Son. And we write this to you to make your joy complete – complete in that fellowship, in that love and in that unity.

This excerpt on the incarnation, the Word of Life made visible, comes from the tractates on the first letter of John by St. Augustine (Tract 1, 1.3: PL 35, 1978, 1980).  It appears in the Roman Office of readings for the Feast of St. John the Evangelist, on December 27, the third of the twelve days of Christmas.