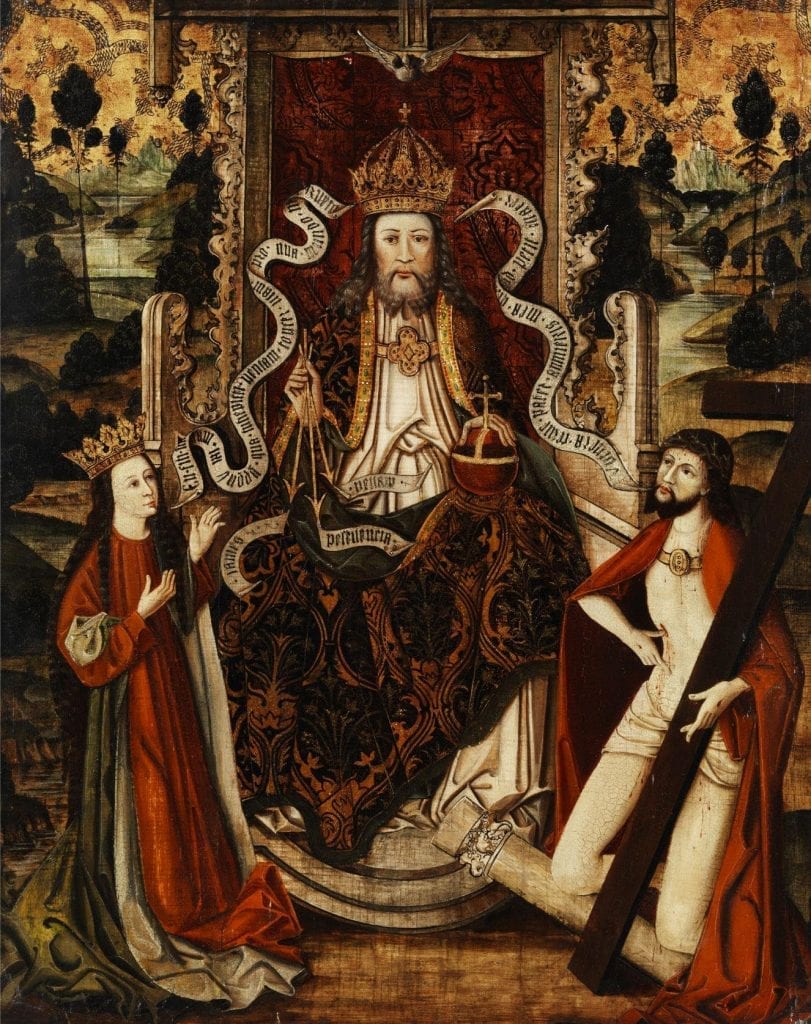 Here Faustinus Luciferanus (aka Faustus) shows how our Savior Jesus Christ was anointed with the Holy Spirit, the oil of gladness, as both priest and king. In this double anointing he is unlike all Old Testament figures except Melchizedek.

Our Savior received a bodily anointing and so became a true king and a true priest. Both king and priest he was of his very self; a savior could be nothing less.

There is, therefore, a savior in the flesh who is both a king and a priest, though his anointing was not physical but spiritual. Among the Israelites, those kings and priests who were actually anointed with oil were either kings or priests. No man could be both king and priest; he had to be one or the other. Only Christ was both king and priest; because he had come to fulfill the law, he alone possessed the twofold perfection of kingship and priesthood.

Anointed with the Oil of Gladness

This we know to be true from the Savior himself. When he took the book of Isaiah, he opened it and read: The Spirit of the Lord is upon me because he has anointed me. He then said that the prophecy was fulfilled in the hearing of those listening.

Peter, the prince of the apostles, also taught that the chrism which made the Savior a christ was the Holy Spirit; that is to say, the power of God. When in the Acts of the Apostles Peter spoke to that faithful and merciful man, the centurion, he said among other things: After the baptism which John preached, Jesus of Nazareth, whom God anointed with the Holy Spirit and with power, started out in Galilee and traveled about performing powerful miracles, and freeing all who were possessed by the devil.

This is an excerpt from a treatise on the Trinity by Faustinus (aka Faustus) Luciferanus, an Early Church Father who most probably wrote his treatise “De Trinitate” around 380 AD at the request of the wife of the Emperor Theodosius (Nn. 39-40; CCl 69, 340-341).    It appears in the Roman Catholic Office of Readings for the twelfth (12th) Sunday in Ordinary Time.  The accompanying biblical reading is from I Samuel 16:1-13, recounting the anointing of King David by the prophet Samuel.

Faustinus (aka Faustus) Luciferanus wrote a treatise on the Trinity around the year 380 AD, most probably at the request of the wife of the Emperor Theodosius the Great, the one who made orthodox Catholic Christianity the faith of the Roman Empire. Faustinus is one of the lesser known of the Early Church Fathers. For more information, see Vol IV of Joannes Quasten’s Patrology or the entry “Faustinus” the Encyclopedia of the Early Church produced by the Augustinanum and published by Oxford University Press in 1992.