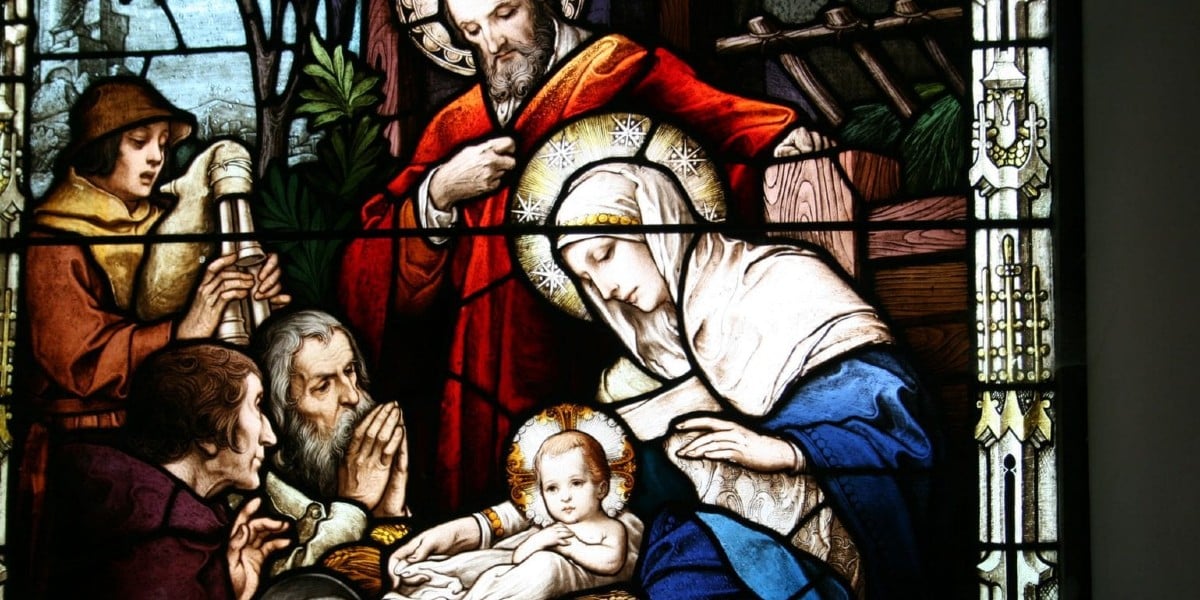 Christmas, the Birthday of Peace – Leo the Great

Leo the Great reminds us that Christmas, the nativity of the Lord Jesus, is the birthday of peace and our birthday as well, since we are members of Christ’s body, the Church.

Although the state of infancy, which the majesty of the Son of God did not disdain to assume, developed with the passage of time into the maturity of manhood, and although after the triumph of the passion and the resurrection all his lowly acts undertaken on our behalf belong to the past, nevertheless today’s feast of Christmas renews for us the sacred beginning of Jesus’s life, his birth from the Virgin Mary.

Birthday of both Head and Body

Though each and every individual occupies a definite place in this body to which he has been called, and though all the progeny of the church is differentiated and marked with the passage of time, nevertheless as the whole community of the faithful, once begotten in the baptismal font, was crucified with Christ in the passion, raised up with him in the resurrection and at the ascension placed at the right hand of the Father, so too it is born with him in this Nativity, which we are celebrating today.

In humility he came down to us

For every believer regenerated in Christ, no matter in what part of the whole world he may be, breaks with that ancient way of life that derives from original sin, and by rebirth is transformed into a new man. Henceforth he is reckoned to be of the stock, not of his earthly father, but of Christ, who became Son of Man precisely that men could become sons of God; for unless in humility he had come down to us, none of us by our own merits could ever go up to him.

Therefore the greatness of the gift which he has bestowed on us demands an appreciation proportioned to its excellence; for blessed Paul the Apostle truly teaches: We have received not the spirit of this world, but the Spirit which is from God, that we might understand the gifts bestowed on us by God. The only way that he can be worthily honored by us is by the presentation to him of that which he has already given to us.

Christmas, the Birthday of Peace

But what can we find in the treasure of the Lord’s bounty more in keeping with the glory of this feast than that peace which was first announced by the angelic choir on the day of his birth? For that peace, from which the sons of God spring, sustains love and mothers unity; it refreshes the blessed and shelters eternity; its characteristic function and special blessing is to join to God those whom it separates from this world.

Therefore, may those who were born, not of blood nor of the will of the flesh nor of the will of man, but of God, offer to the Father their harmony as sons united in peace; and may all those whom he has adopted as his members meet in the firstborn of the new creation who came not to do him own will but the will of the one who sent him; for the grace of the Father has adopted as heirs neither the contentious nor the dissident, but those who are one in thought and love. The hearts and minds of those who have been reformed according to one and the same image should be in harmony with one another.

The birthday of the Lord is the birthday of peace, as Paul the Apostle says: For he is our peace, who has made us both one; for whether we be Jew or Gentile, through him we have access in one Spirit to the Father.

The above is an excerpt from a Christmas sermon (Sermo 6 in Nativitate Domini, 2-3, 5: PL 54, 213-216) by St. Leo the Great, father and doctor of the Church.  It appears in the Roman Office of Readings for December 31 during the octave and the twelve 12 days of Christmas.  The accompanying biblical reading comes from Col 2:4-15.

Banner/featured image is a stained glass of the nativity of Christ by an unknown artist, located in an unidentified church. Public domain.