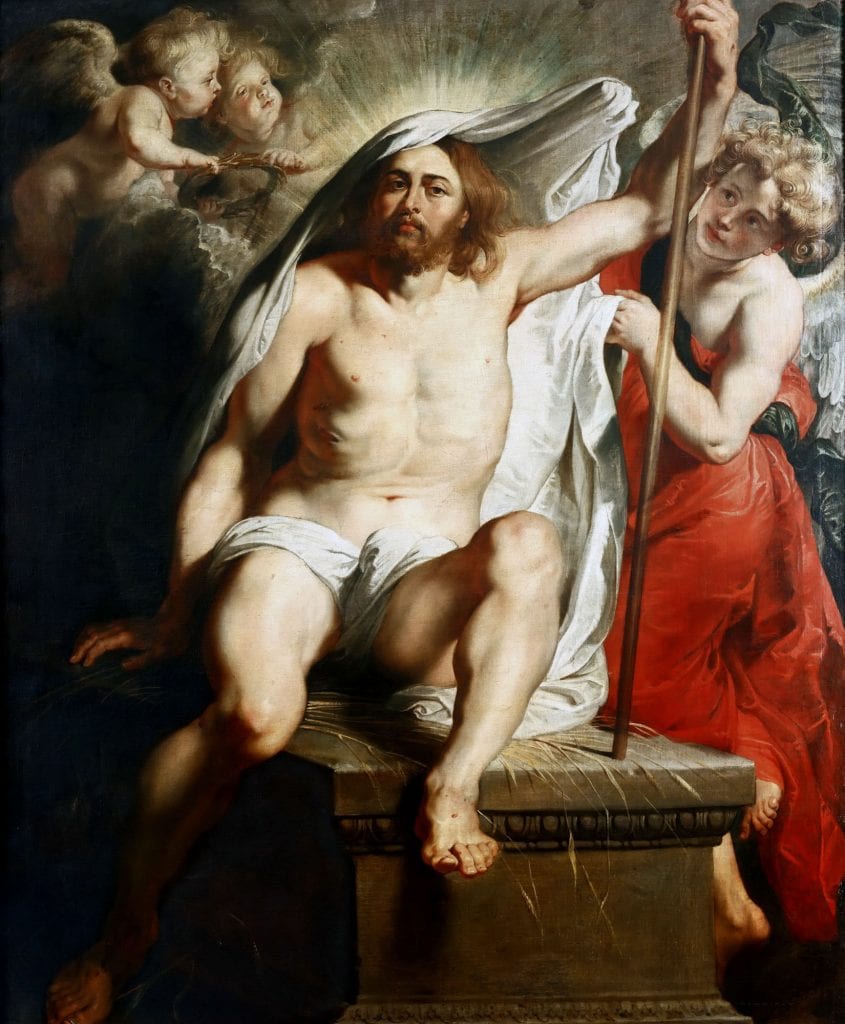 Destroy this temple and in three days I will raise it up.

It seems to me that Jesus meant the Jews in this episode to stand for sensual men and those desirous of carnal and sensual things. These Jews were angry at his expulsion of the people who were turning his Father’s house into a market. So they asked for a sign to justify these actions, a sign that would show that the Word of God, whom they refused to accept, was acting rightly. The Savior’s reply combines a statement about the temple with a prophecy about his own body, for in answer to their question:What sign can you give to justify your conduct? he says: Destroy this temple and in three days I will raise it up.

Indeed, I think that both the temple and the body of Jesus can be seen together as a type of the Church. For the Church is being built out of living stones; it is in process of becoming a spiritual dwelling for a holy priesthood, raised on the foundations of apostles and prophets, with Christ as its chief cornerstone. Hence it bears the name “temple”.

On the other hand, it is written: You are the body of Christ, and individually members of it. Thus even the harmonious alignment of the stones should seem to be destroyed and fragmented and, as described in the twenty-first psalm, all the bones which go to make up Christ’s body should seem to be scattered by insidious attacks in persecutions or times of trouble, or by those who in days of persecution undermine the unity of the temple.

Nevertheless the temple will be rebuilt and the body will rise again on the third day, after the day of evil which threatens it and the day of consummation which follows. For the third day will dawn upon a new heaven and a new earth when these bones that form the whole house of Israel are raised up on that great day of the Lord, when death has been defeated. So the resurrection of Christ, accomplished after his suffering on the cross, embraces the mystery of the resurrection of his whole body.

Origen, born into a Christian family from Alexandria Egypt around 185AD, was only a teenager when he witnessed his father, Leonidas, dragged from his home by Roman soldiers and ultimately martyred. He was inspired by his father’s heroic example to dedicate himself to a strict life of prayer, fasting and study. The bishop of Alexandria, Demetrius, recognized the talent and holiness of this young man and named him head of the catechetical school of this great center of early Christianity. Origen ultimately became one of the greatest Scripture scholars and preachers of the early Church. Though he began his teaching ministry as a lay catechist, Origen was ultimately ordained a priest and wrote commentaries and homilies that influenced subsequent Early Church Fathers from both East and West. Though he did not receive the grace of martyrdom, Origen was imprisoned and brutally tortured for his faith during the persecution that took place under the emperor Decius. Weakened by his ordeal, he died a few years later in 254 AD. Though several of Origen’s teachings were condemned after his death by Church authorities, it must be remembered that his erroneous opinions were expressed in matters that had not yet been defined by official Church teaching. In his lifetime, Origen was always a loyal son of the Church whose correct opinions far outnumbered his errors. Origen’s writings were profuse indeed, though only a limited number survive. He wrote commentaries on almost every book of the Bible, with his treatise on Song of Songs, Romans, and many homilies on the Pentateuch (the first five books of the Old Testament) surviving either intact or in large portions. He was the author of one of the earliest attempts at textual criticism of the Old Testament, the Hexapla, and was responsible for the first attempt at systematic theology in his famous De Principiis (On First Principles). His two works of spiritual theology, Exhortation to Martyrdom and On Prayer were widely read in the Early Church and are still read today, with many excerpts used in the Roman Office of Readings. For more on Origen, see When the Church was Young: Voices of the Early Fathers. Biography by Dr. Italy