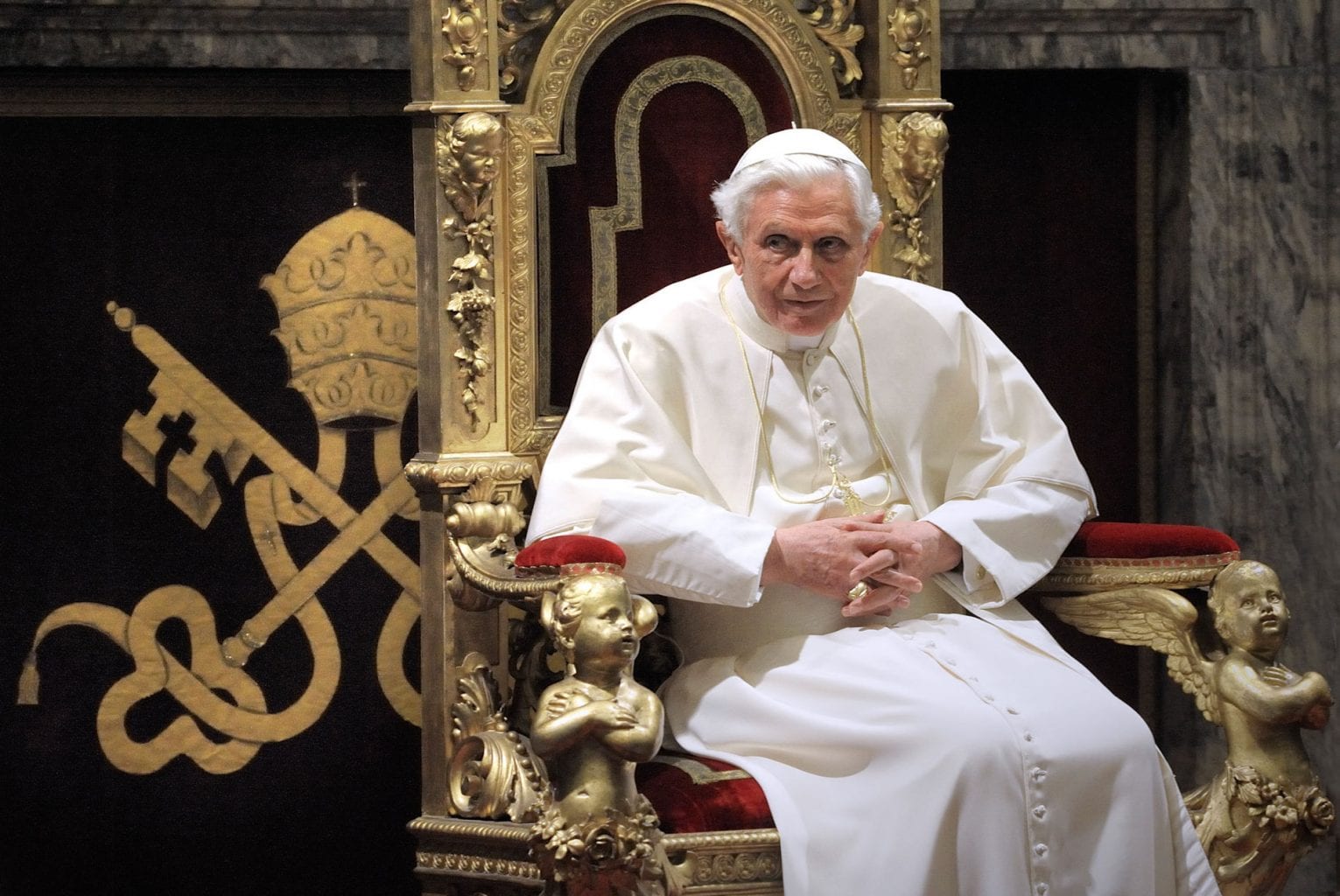 Date: 2005-04-18
Cardinal Ratzinger Warns of “Dictatorship of Relativism”
Presides Over Mass for Election of a Pontiff
VATICAN CITY, APRIL 18, 2005 (Zenit.org).- At a Mass prior to the conclave, Cardinal Joseph Ratzinger asked God for “a new pope, like John Paul II, who will guide us to the love of Christ.”

He also warned of the “dictatorship of relativism” that is confronting the world.

“In these hours, above all, we ask God with insistence so that, after the great gift of Pope John Paul II, he will again give us a pastor according to his heart, a pastor who will lead us to knowledge of Christ, to his love and to true joy,” said the dean of the College of Cardinals today.

He was presiding over the Mass “for the election of the Roman Pontiff” before the start of the conclave to elect a new pope.

The cardinal, who for two decades had been prefect of the Vatican Congregation for the Doctrine of the Faith, concelebrated a solemn votive Mass in St. Peter’s Basilica together with 114 cardinal electors.

Many non-elector cardinals (older than 80), hundreds of bishops, the diplomatic corps, and thousands of faithful also attended the Mass.

In his homily, Cardinal Ratzinger referred to the maturity of the faith of Catholics and said that they cannot remain “immature in the faith, in a state of inferiority, as they run the risk of being tossed about and carried here and there by any doctrinal wind.”

“How many doctrinal winds we have known in these last decades, how many ideological currents, how many styles of thought,” he lamented.

“The thought of many Christians has often been tossed about by these waves, tossed from one end to the other: from Marxism to liberalism, to libertinism, from collectivism to radical individualism, from atheism to religious mysticism, from agnosticism to syncretism,” the prelate observed.

Cardinal Ratzinger added that, meanwhile, “to have a clear faith, according to the creed of the Church,” is labeled “fundamentalism.”

“And this while relativism, that is, allowing oneself to be led here and there by any wind of doctrine, is seen as the only behavior abreast of the times,” he said.

We are now witnessing the “dictatorship of relativism” which “does not recognize anything as absolute and leaves as the ultimate measure only the measure of each one and his desires,” Cardinal Ratzinger added.

Christians, however, have another measure, which is the Son of God true Man, the cardinal emphasized. Mature faith, he said, does not follow fashions and the latest novelty, but is profoundly rooted in “friendship with Christ.”

In his homily, which was received with prolonged applause, Cardinal Ratzinger also said that priests are here to serve, and must give fruit that endures.

In this connection, the cardinal cautioned people who wish to leave their mark in life; he said that money and buildings and books do not last as, after a certain time, “everything disappears.”

What “remains eternally,” he added, “is the human soul.”