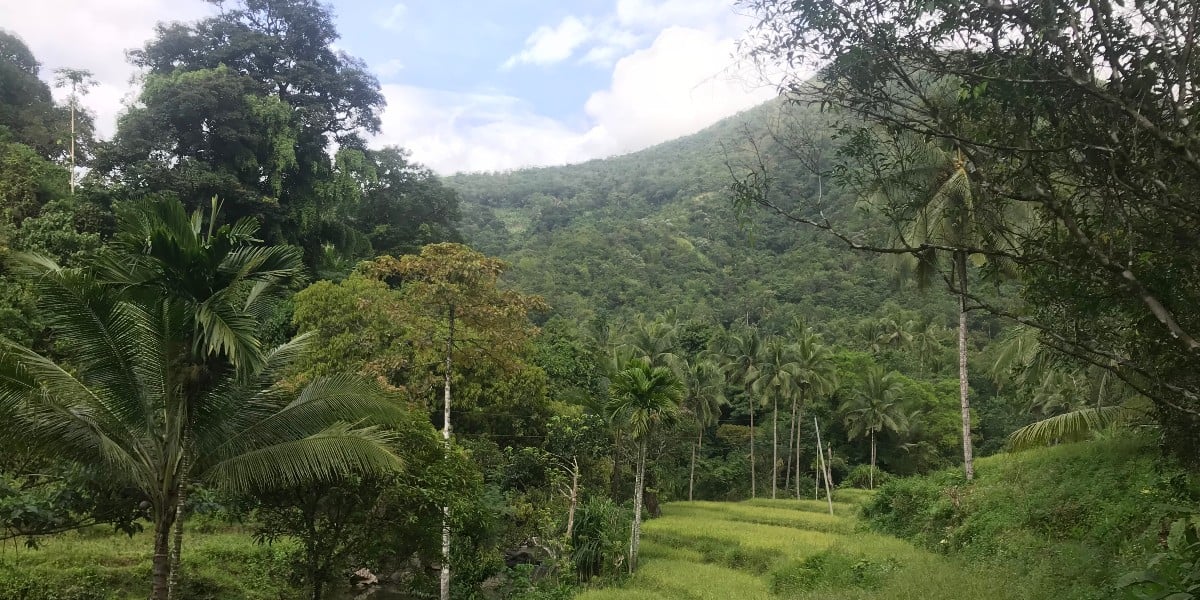 Didache on the Eucharist (“Teaching of the Twelve Apostles”)

This excerpt from the Didache, provides a fascinating glimpse into how the Eucharist was celebrated on Sunday’s the Lord’s Day, by Christians of the late first or early second century as both sacrifice and meal and considered holy, spiritual food and drink.

Celebrate the Eucharist as follows: Say over the cup: “we give you thanks, Father, for the holy vine of David, your servant, which you made known to us through Jesus your servant. To you be glory for ever”.

Over the broken bread say: “we give you thanks, Father, for the life and the knowledge which you have revealed to us through Jesus your servant. To you be glory for ever. As this broken bread scattered on the mountains was gathered and became one, so too, may your Church be gathered together from the ends of the earth into your kingdom. For glory and power are yours through Jesus Christ for ever.”

Eucharist as Holy in the Didache

Do not let anyone eat or drink of your eucharist except those who have been baptized in the name of the Lord. For the statement of the Lord applies here also: Do not give to dogs what is holy.

When you finish the meal, offer thanks in this manner:

“We thank you, holy Father, for your name which you enshrined in our hearts. We thank you for the knowledge and faith and immortality which you revealed to us through your servant Jesus. To you be glory for ever.

“Almighty ruler, you created all things for the sake of your name; you gave men food and drink to enjoy so that they might give you thanks. Now you have favored us through Jesus your servant with spiritual food and drink as well as with eternal life. Above all we thank you because you are mighty. To you be glory for ever.

“Remember, Lord, your Church and deliver her from all evil. Perfect her in your love; and, once she has been sanctified, gather her together from the four winds into the kingdom which you have prepared for her. For power and glory are yours for ever.

“May grace come and this world pass away! Hosanna to the God of David. If anyone is holy, let him come. If anyone is not, let him repent. Maranatha. Amen.”

Pure Sacrifice on the Lord’s Day

On the Lord’s day, when you have been gathered together, break bread and celebrate the Eucharist. But first confess your sins so that your offering may be pure. If anyone has a quarrel with his neighbor, that person should not join you until he has been reconciled. Your sacrifice must not be defiled. In this regard, the Lord has said: In every place and time offer me a pure sacrifice. I am a great king, says the Lord, and my name is great among the nations. [Malachi 1:11]

The Teaching of the Twelve Apostles better known as the Didache, caused a sensation when it was discovered around 1885. Lost for over a thousand years, this anonymous Greek writing appears to have taken its final form around AD 125 in Alexandria Egypt.  However, the Didache is composed of two earlier documents that could date back to the time of the apostles themselves. Though the author pf the Didache is not known, the work itself is reckoned among the Apostolic Fathers, the earliest Fathers of the Church. This excerpt focuses on the celebration of the sacrifice and meal of the Eucharist, with its broken bread as true and holy spiritual food and drink (9:1 – 10:6; 14:1-3).  It appears in the Roman Catholic Office of Readings for Wednesday of the fourteenth (14th) week in Ordinary Time.

Banner/featured image by Roland Lagundino on Scopio. Used with permission.