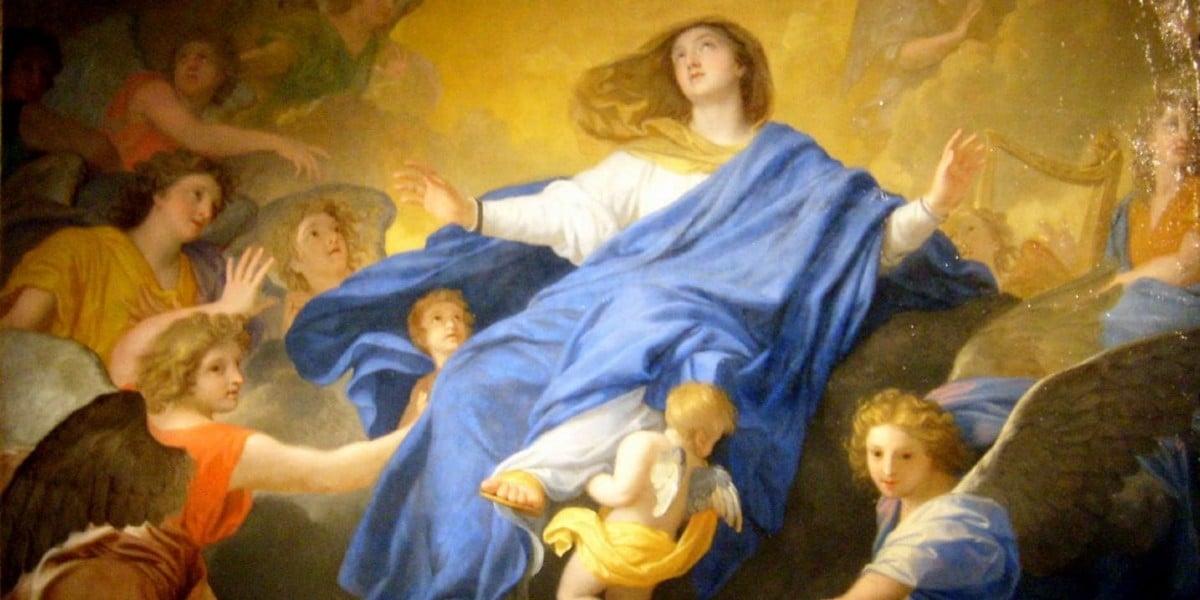 Dogma of the Assumption of Mary – Pius XII

This is an excerpt from the Apostolic Constitution of Pope Pius XII Munificentissimus Deus (AAS 42 [1950], 760-762, 767-769) which defined the Assumption of Mary, long taught by the ordinary magisterium of the Church, as a dogma of faith.

In their sermons and speeches on the feast day of the Assumption of the Mother of God, the holy fathers and the great doctors of the church were speaking of something that the faithful already knew and accepted: all they did was to bring it out into the open, to explain its meaning and substance in other terms. Above all, they made it most clear that this feast commemorated not merely the fact that the blessed Virgin Mary did not experience bodily decay, but also her triumph over death and her heavenly glory, following the example of her only Son, Jesus Christ.

St Germanus of Constantinople considered that the preservation from decay of the body of the Mother of God, the Virgin Mary, and its elevation to heaven as being not only appropriate to her Motherhood but also to the peculiar sanctity of its virgin state: It is written, that you appear in beauty, and your virginal body is altogether holy, altogether chaste, altogether the dwelling-place of God; from which it follows that it is not in its nature to decay into dust, but that it is transformed, being human, into a glorious and incorruptible life, the same body, living and glorious, unharmed, sharing in perfect life.

Another very ancient author asserts: Being the most glorious Mother of Christ our savior and our God, the giver of life and immortality, she is given life by him and shares bodily incorruptibility for all eternity with him who raised her from the grave and drew her up to him in a way that only he can understand.

All that the holy fathers say refers ultimately to Scripture as a foundation, which gives us the vivid image of the great Mother of God as being closely attached to her divine Son and always sharing his lot.

It is important to remember that from the second century onwards the holy fathers have been talking of the Virgin Mary as the new Eve for the new Adam: not equal to him, of course, but closely joined with him in the battle against the enemy, which ended in the triumph over sin and death that had been promised even in Paradise. The glorious resurrection of Christ is essential to this victory and its final prize, but the blessed Virgin’s share in that fight must also have ended in the glorification of her body. For as the Apostle says: When this mortal nature has put on immortality, then the scripture will be fulfilled that says “Death is swallowed up in victory”.

So then, the great Mother of God, so mysteriously united to Jesus Christ from all eternity by the same decree of predestination, immaculately conceived, an intact virgin throughout her divine motherhood, a noble associate of our Redeemer as he defeated sin and its consequences, received, as it were, the final crowning privilege of being preserved from the corruption of the grave and, following her Son in his victory over death, was brought, body and soul, to the highest glory of heaven, to shine as Queen at the right hand of that same Son, the immortal King of Ages.

This excerpt of Munificentissimus Deus (AAS 42 [1950], 760-762, 767-769) by which Pope Pius XII defined the Assumption of Mary as a dogma of faith, is used in the Roman Office of readings for the Solemnity of the Assumption on August 15.  This excerpt from Munificentissimus Deus on the Assumption of Mary is alsoreproduced in J. Neuner and J. Dupuis, eds, The Christian Faith in the Doctrinal Documents of the Catholic Church, 7th ed (NY: Alba House, 2001) paragraphs 713-715 as well as in all previous editions of this collection.

For a 15 minute Podcast on the Assumption of Mary, listen to ASSUMPTION OF MARY, MEANING AND ORIGIN.

Pope Pius XII governed the Church in the turbulent times of World War II and its aftermath. He was a played a very important role in the development of Catholic Doctrine through is ordinary teaching in a variety of encyclicals and apostolic letters, and in his extraordinary teaching–the dogmatic definition of the Assumption of Our Lady into heaven. Born Eugenio Pacelli, the future Pope Pius XII was ordained priest in 1899 and entered Papal diplomatic service in 1901. He was given increasing responsibilities over the years including Nuncio to Bavaria and the German Republic and ultimately, in 1930, Papal Secretary of State. He was elected Pope in 1939 on the eve of World War II and had the difficult task of guiding the Catholic Church through that bloody conflict and through the post-war restoration as well. Pius XII made important contributions to Catholic doctrine, defining the Assumption of the Blessed Virgin Mary as a dogma of faith in 1950. His death in 1958 led to the election of Pope John XXIII. The Second Vatican Council, convened by Pius XII’s successor, could not have occurred had it not been for the important groundwork laid by Pope Pius XII in his encouragement of Catholic Biblical studies, liturgical renewal, and the revival of the awareness of the Church as the Mystical Body of Christ. Biography by Dr. Italy