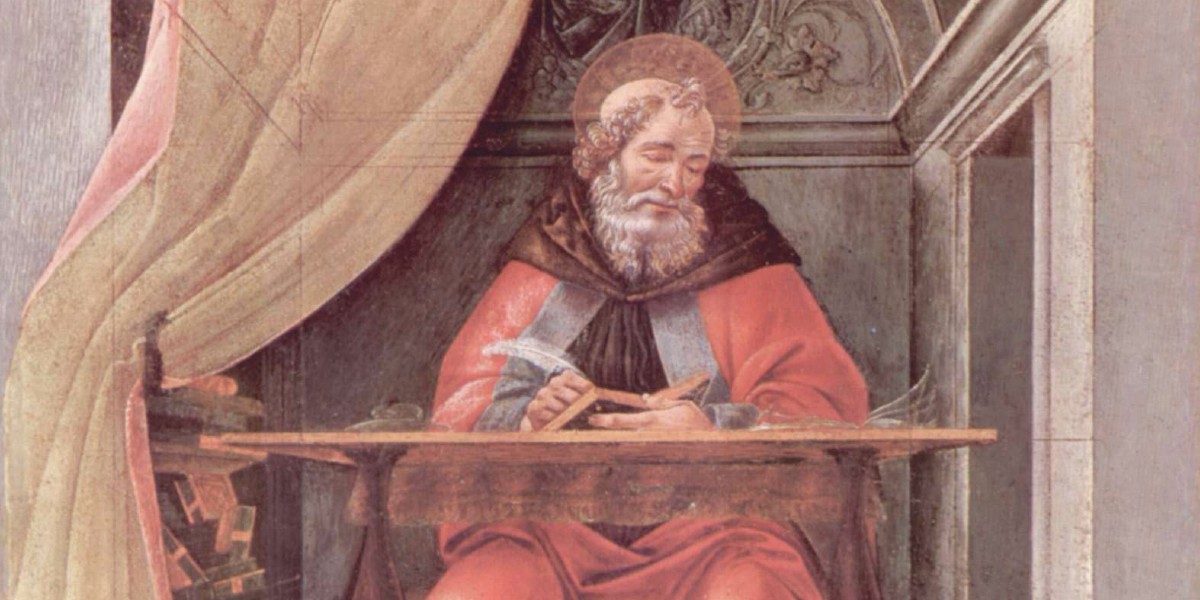 On the feast day of St. Nicholas, December 6, the church offers us this reflection on John 21 by St. Augustine.  It focuses on the real meaning of the gift-giving for which St. Nicholas is famous–the self-giving love of a pastor who laid down his life for his sheep.

When the Lord asks Peter if he loves him, he is asking something he already knows. Yet he does not ask only once, but a second and third time. Each time Peter’s answer is the same: You know I love you. Each time the Lord gives him the same command: Tend my sheep.

Peter had denied Christ three times, and to counter this he must profess his faith three times. Otherwise his tongue would seem quicker to serve fear than love, and the threat of death would seem to have made him more eloquent than did the presence of life. If denying the shepherd was proof of fear, then the task of love is to tend his flock.

When those who are tending Christ’s flock wish that the sheep were theirs rather than his, they stand convicted of loving themselves, not Christ. And the Lord’s words are a repeated admonition to them and to all who, as Paul writes sadly, are seeking their own ends, not Christ’s.

Not love of Self, but Love for the Sheep

Do you love me? Tend my sheep. Surely this means: “If you love me, your thoughts must focus on taking care of my sheep, not taking care of yourself. You must tend them as mine, not as yours; seek in them my glory, not yours; my sovereign rights, not yours; my gain, not yours. Otherwise you will find yourself among those who belong to the ‘times of peril’, those who are guilty of self-love and the other sins that go with that beginning of evils.”

So the shepherds of Christ’s flock must never indulge in self-love; if they do they will be tending the sheep not as Christ’s but as their own. And of all vices this is the one that the shepherds must guard against most earnestly: seeking their own purposes instead of Christ’s, furthering their own desires by means of those persons for whom Christ shed his blood.

The love of Christ ought to reach such a spiritual pitch in his shepherds that it overcomes the natural fear of death which makes us shrink from the thought of dying even though we desire to live with Christ. However distressful death may be, the strength of love ought to master the distress. I mean the love we have for Christ who, although he is our life, consented to suffer death for our sake.

Good Shepherd Lays down his life for the Sheep

Consider this: if death held little or no distress for us, the glory of martyrdom would be less. But if the Good Shepherd, who laid down his life for his sheep, has made so many of those same sheep martyrs and witnesses for him, then how much more ought Christ’s shepherds to fight for the truth even to death and to shed their blood in opposing sin? After all, the Lord has entrusted them with tending his flock and with teaching and guiding his lambs.

This excerpt from St. Augustine’s Treatise on John’s Gospel (Tract. 123, 5: CCL 36, 678-680) appears in the Office of readings  on the feast day of St. Nicholas, December 6. Saint Nicholas was the bishop of Myra in Lycia (now part of Turkey) in the fourth century. Tradition has it that he was imprisoned during the last great persecution of the Church by Diocletian, just before Constantine became emperor, and remained faithful to Christ even through suffering.

St. Nicholas is thus known as a confessor, one who confessed his faith in the face of torture and imprisonment.  Released from prison after Constantine acceded to the imperial throne, Nicholas, the bishop, became known for his extraordinary charity for his flock.   He is reputed to have secretly delivered three bags of gold via a chimney to a poor family so as to provide a dowry for three unmarried sisters. From this developed the legend of “Santa Claus,” a Dutch version of “St. Nicholas.” St. Nicholas exemplifies the virtues of a true pastor or bishop who, like the Lord Jesus Christ, the Good shepherd, lays down his life for the sheep. St. Nicholas fulfills the command of the Lord to Peter in the last chapter of John’s gospel (John 21) to “feed my lambs, tend my sheep.”

For more great resources to feed your faith during Advent, visit the ADVENT RESOURCE LIBRARY of the Crossroads Initiative.