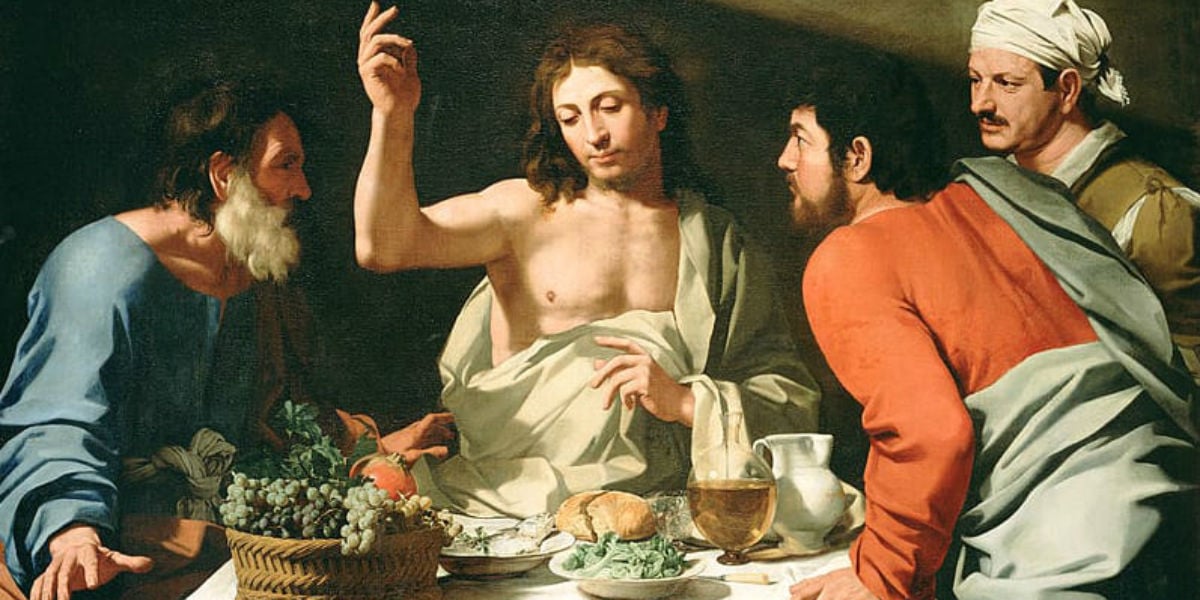 Cleopas and his unnamed companion were dejected as they made their way along the road to Emmaus.  Their encounter with a stranger who rebuilds their faith and gives them hope to recognize him in the breaking of the bread – this illustrates for us what the Eucharist is really about.  To LISTEN to this post read by Dr. Italy, click on the play arrow on the left directly below this paragraph.

What a disappointment! They thought they’d found the Messiah. But he’d been trapped like an animal and executed as a criminal. Up until his very last breath, they had hoped he’d descend from the cross in stately power and call fire down upon the hypocrites.

But all they heard from him were seven last “words” that were more like anguished whispers. “My God, my God, why have you abandoned me?” Pitiful, really.  Not to mention depressing.

As they walked and argued about how things should have turned out differently, a stranger invited himself into the conversation and walked along with them.

Great. They really weren’t in the mood to make friends. To make matters worse, this guy apparently lived in a cave–he was clueless about what everyone else couldn’t stop talking about.

At least that’s what they assumed at first glance. But it turns out that he knew more than they did about the events under discussion. Because he started showing them how everything that happened, as dreadful as it all seemed, was no accident. That hoarse whisper about being forsaken by God was actually a quote from a psalm (22) that predicted nearly everything that happened, down to the gambling for his cloak. Isaiah 53 had shown that Israel would not be saved by horses and chariots, but by the sufferings of an innocent man. Hosea 6:2 said that on the third day God would raise us up.

He brought forth Scripture after Scripture to cast new light on the entire situation. They began to see things differently.

Recognized in the Breaking of the Bread

They didn’t want him to stop. Just being near him somehow gave them strength and hope. So they pressed him to stop at the inn with them and have a bite to eat. The stranger said grace. Suddenly, as he broke the bread, they recognized Him. Of course! The women’s story was true! Only Jesus could make them feel the way they were feeling! But as soon as they recognized him, he vanished.

It was no ordinary grace before meals that the Lord had offered that evening in Emmaus. Compare the words used here to the words used at the last supper: he took the bread, blessed it, broke it, and gave it to his disciples (Luke 22:19). It was in the sacrament of his body and blood that they finally recognized him. 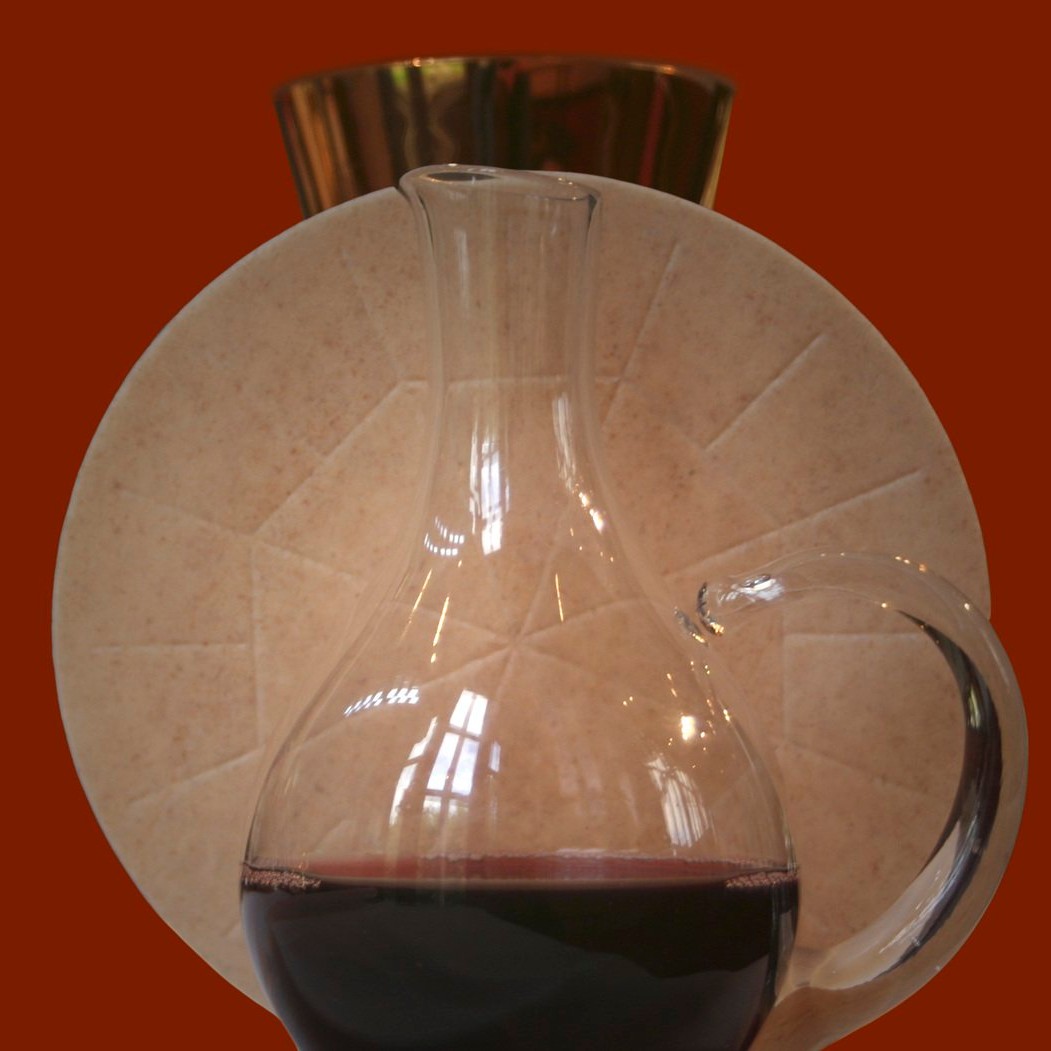 Image by Rick Jernberg on FreeImages. Used with permission.

Keep in mind, this story was not written down till decades later, by a someone who had faithfully lived the eucharistic life of the early church. He is teaching through this episode what the eucharistic liturgy is really about.

We often come distracted, rejected, beaten up by the world. But then the Lord himself begins to speak to us through the Scriptures, the inspired word of God. Have you ever noticed how so often the first reading and the Gospel fit so perfectly together? That’s because the Tradition of the Church has coordinated the readings so that what Jesus showed to Cleopas and his buddy — the connections between Old Testament prophecy and fulfillment in Christ — become apparent to us too. If we are paying any attention at all, our faith is built up, our spirit renewed. Thus prepared, we move from the table of the Word to the table of the Eucharist. And there we come truly to see and recognize the One all the scriptures tell us about.

One of my children once asked me why, if the Mass makes Calvary present again, we don’t have our weekly mass of obligation on Friday rather than Sunday. Good question. It is because the Eucharist is always a celebration of the resurrection. That’s why the full Eucharistic liturgy is forbidden on Good Friday and Holy Saturday. Sunday is the day he rose from the dead and it is the Risen Lord who stands among us in each and every Eucharist. And it is his risen, glorified body that we receive when we take communion.

To be an Easter people means to be a eucharistic people. He did not just rise from the dead 2000 years ago. He is risen, and He still is Emmanuel, God with us.