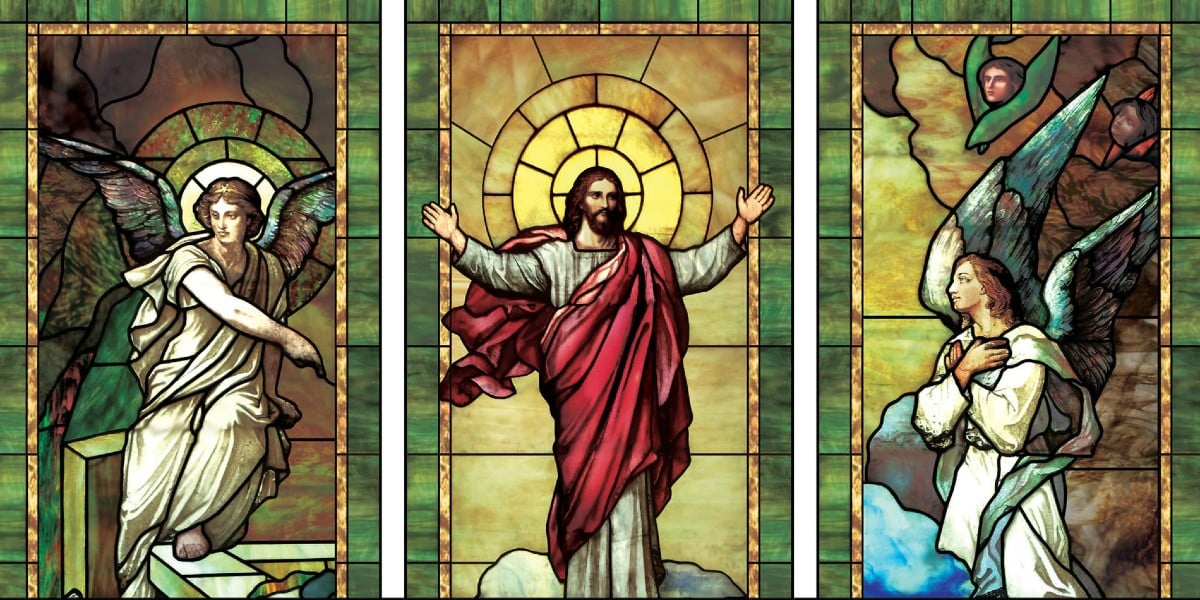 Read in Advent on December 18, this excerpt extols God’s secret plan of salvation culmination in the birth, death, and resurrection of Jesus Christ.  St. Paul calls  this plan “the Mystery.”  This was originally part of an anonymous letter addressed to an unknown pagan named Diognetus.  It is an expression of the basic Gospel, the Good News, that God so loved the world that he sent his only Son as our Savior.

N o man has ever seen God or known him, but God has revealed himself to us through faith, by which alone it is possible to see him. God, the Lord and maker of all things, who created the world and set it in order, not only loved man but was also patient with him. So he has always been, and is, and will be: kind, good, free from anger, truthful; indeed, he and he alone is good.

He devised a plan, a great and wonderful plan, and shared it only with his Son. As long as he preserved this secrecy and kept his own wise counsel he seemed to be neglecting us, to have no concern for us. But when through his beloved Son he revealed and made public what he had prepared from the very beginning, he gave us all at once gifts such as we could never have dreamt of, even sight and knowledge of himself.

When God had made all his plans in consultation with his Son, he waited until a later time, allowing us to follow our own whim, to be swept along by unruly passions, to be led astray by pleasure and desire. Not that he was pleased by our sins: he only tolerated them. Not that he approved of that time of sin: he was planning this era of holiness. When we had been shown to be undeserving of life, his goodness was to make us worthy of it. When we had made it clear that we could not enter God’s kingdom by our own power, we were to be enabled to do so by the power of God.

When our wickedness had reached its culmination, it became clear that retribution was at hand in the shape of suffering and death. The time came then for God to make known his kindness and power (how immeasurable is God’s generosity and love!). He did not show hatred for us or reject us or take vengeance; instead, he was patient with us, bore with us, and in compassion took our sins upon himself; he gave his own Son as the price of our redemption, the holy one to redeem the wicked, the sinless one to redeem sinners, the just one to redeem the unjust, the incorruptible one to redeem the corruptible, the immortal one to redeem mortals. For what else could have covered our sins but his sinlessness? Where else could we, wicked and sinful as we were, have found the means of holiness except in the Son of God alone?

How wonderful a transformation, how mysterious a design, how inconceivable a blessing! The wickedness of the many is covered up in the holy One, and the holiness of One sanctifies many sinners.

This excerpt from the anonymous “Letter to Diognetus,” written around 125 AD, is used in the Roman Catholic Office of Readings for Advent on December 18.