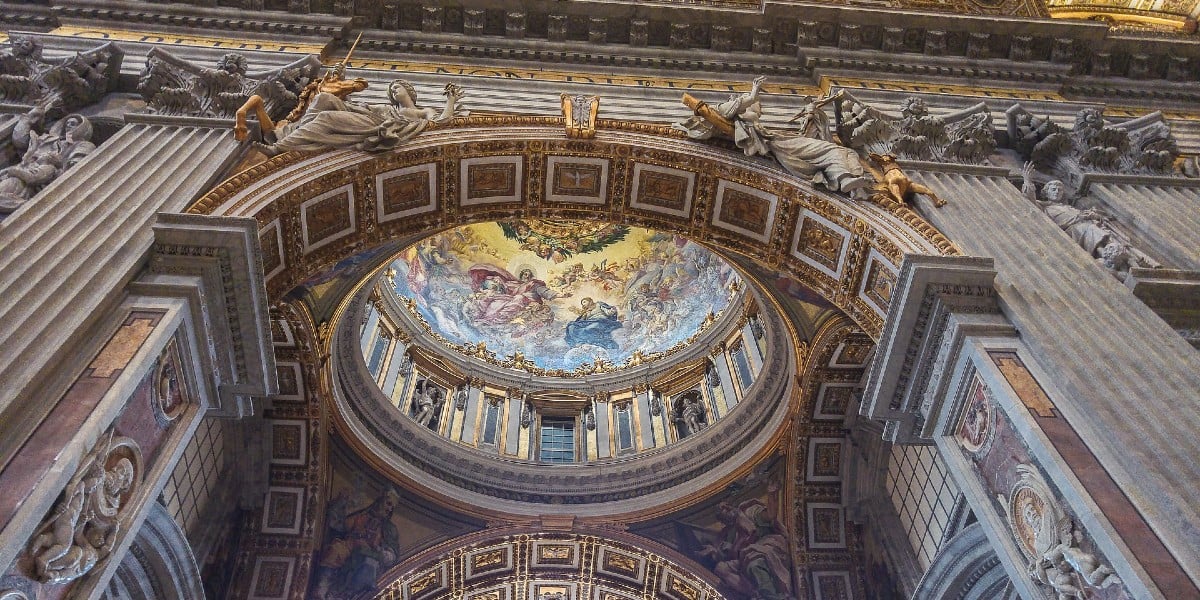 How a New Pope is Chosen – Inside a Papal Election

Home > AA-Media  > Articles  > How a New Pope is Chosen – Inside a Papal Election
Dr. Marcellino D'Ambrosio

A brief overview of what happens from the time of the death or resignation of a pope to the public announcement of his successor, elected by the cardinals.  The papal election takes place in a secret conclave held in the Sistine chapel.

The Papacy is an ancient institution with a rich heritage spanning from the days of the New Testament down to the present day.  The interregnum between one pope and his successor is a fascinating period of excitement as the world awaits news of who will be the next pope.  Cardinals, a secret conclave, black and white smoke billowing from the chimney of the Sistine chapel all combine into a unique experience that periodically grabs the attention of the world.

It was he Lord Jesus himself established the basic and unchanging roles of leadership in his church when he selected twelve of his disciples as apostles and, from their number, chose one whose name was changed from Simon to Peter, meaning rock. The successors of the apostles are called bishops. Peter died in Rome, so the bishop of Rome is the Successor of Peter. “Pope” is simply the English translation of “Papa” or Father.

Yet the process of the selection of the next successor of Peter is not something that Jesus himself established. It has changed over the centuries and is a matter of Church regulations, called “Canon Law.” The reigning Pope can and regularly does alter Canon Law. Since the year 1179, it has been the Cardinals who have been the electors of the Pope.

Up until the resignation of Pope Benedict XVI, a new pope was not elected until the death of the previous Pope except in a few extraordinary situations.   Benedict’s retirement appears to be setting a precedent.  The mandatory retirement age for all other bishops is 75 and the maximum age for a Cardinal to be able to participate in an election is 80.  Though there is no mandatory retirement age for the bishop of Rome, we will probably see some future Popes choosing to resign when they become too frail to effectively exercise their office.  But should a Pope die in office, there is a clear protocol.  According to Canon Law, it is the role of the Cardinal Chamberlain (or Camerlengo), who officially verifies the death of the Pope. Standing over the body of the Holy Father, he calls the Pope by his baptismal name three times. Upon receiving no response, he announces the Pope’s death and orders that the Fisherman’s ring and the papal seal, both inscribed with the name of the deceased pope, to be broken. Later, another ring and seal will be made for the newly elected pope. The Camerlengo then prepares for the Pope’s burial and the traditional nine days of mourning. Assisted by three assistants chosen by lot from the college of Cardinals, he directs the election of the pontiff’s successor.

between the Pope’s death and the beginning of the election, the cardinals meet daily in what is called “General Congregations” during which they take care of the day-to-day business of the Holy See. These meetings are attended by all Cardinals present in Rome, regardless of their age and are presided over by the senior Cardinal, called the Dean. Lesser matters are taken care of by the Camerlengo and three assisants chosen by lot

Fifteen to 20 days after the death of the Pope, the College of Cardinals meets for the election. Though they reside all over the world, the Cardinals are the clergy (priests and bishops) who are personally selected by the Pope to serve as his key advisors and, since 1179, as Papal electors. Thought they hold the office of Cardinal for life, only Cardinals under the age of 80 are eligible to vote in a Papal election.

After a Mass of the Holy Spirit in St. Peter’s Basilica, the cardinals enter a guarded annex of the Sistine Chapel for the election process, and are isolated from the rest of the world until the election process is completed. This election is the original “lock-in” and is thus known as a “conclave” meaning locked in “with key.”

Each cardinal swears an oath to protect the secrecy of the election. Breaking the oath carries a penalty of immediate excommunication. The Cardinal’s Vatican City residence during the conclave is St. Martha Hall (Domus Sanctae Marthae). Both this residence/dining hall and the Sistine chapel are screened for bugging devices. The cardinals are therefore truly sequestered from any contact with the outside world until the election is completed. Entrances are sealed and curtains closed. Not only are the Cardinals not to communicate to the outside world, but they may not receive any news from the outside world through newspaper, radio, TV, and presumably internet as well.

On the first morning of the conclave, the cardinals celebrate a Mass of the Holy Spirit in St. Peter’s Basilica asking for divine guidance in the selection of a new Pope. The Cardinals then enter the Sistine Chapel and the electoral session begins.

The election is conducted in secret, hand-written ballots counted by the Camerlengo and his three assistants. In the past, a pope needed two thirds of the vote plus one to be elected. In 1996, however, Pope John Paul II changed this rule so that if the votes continue to be unsuccessful after three days, the election pauses for a day of prayer and reflection. Then the process resumes for three more days before pausing again for a day of prayer. If there is no two thirds majority after 12 or 13 days, the cardinals may select the new Pope by absolute majority (half plus one). Since 1939 however, it has only taken 1-3 days to elect the new pope.

On the first day, following the Mass of the Holy Spirit, only 1-2 ballots are taken. Thereafter, two ballots are taken each morning and two each afternoon. After each voting session, ballots are burned. If the vote is inconclusive, a chemical substance is added to the paper to produce black smoke. Billowing from the roof of the Vatican Palace, the smoke is a message to the crowds watching in St. Peter’s Square that the church is still without a pope.

When the college eventually reaches the final decision, each cardinal lowers a purple canopy over his chair, leaving the elected Pope’s canopy folded. The final ballots are burned and their white smoke signals a successful election. The dean of the cardinals asks if the chosen member accepts the papacy. Upon accepting, the new pontiff declares the name by which he is to be known and is honored by each of the cardinals.

The dean then steps out onto the balcony of the Vatican, shouting “Habemus papam!” (“We have a Pope!”) The new pontiff, clothed in Papal vestments, then appears to greet and bless the waiting world.