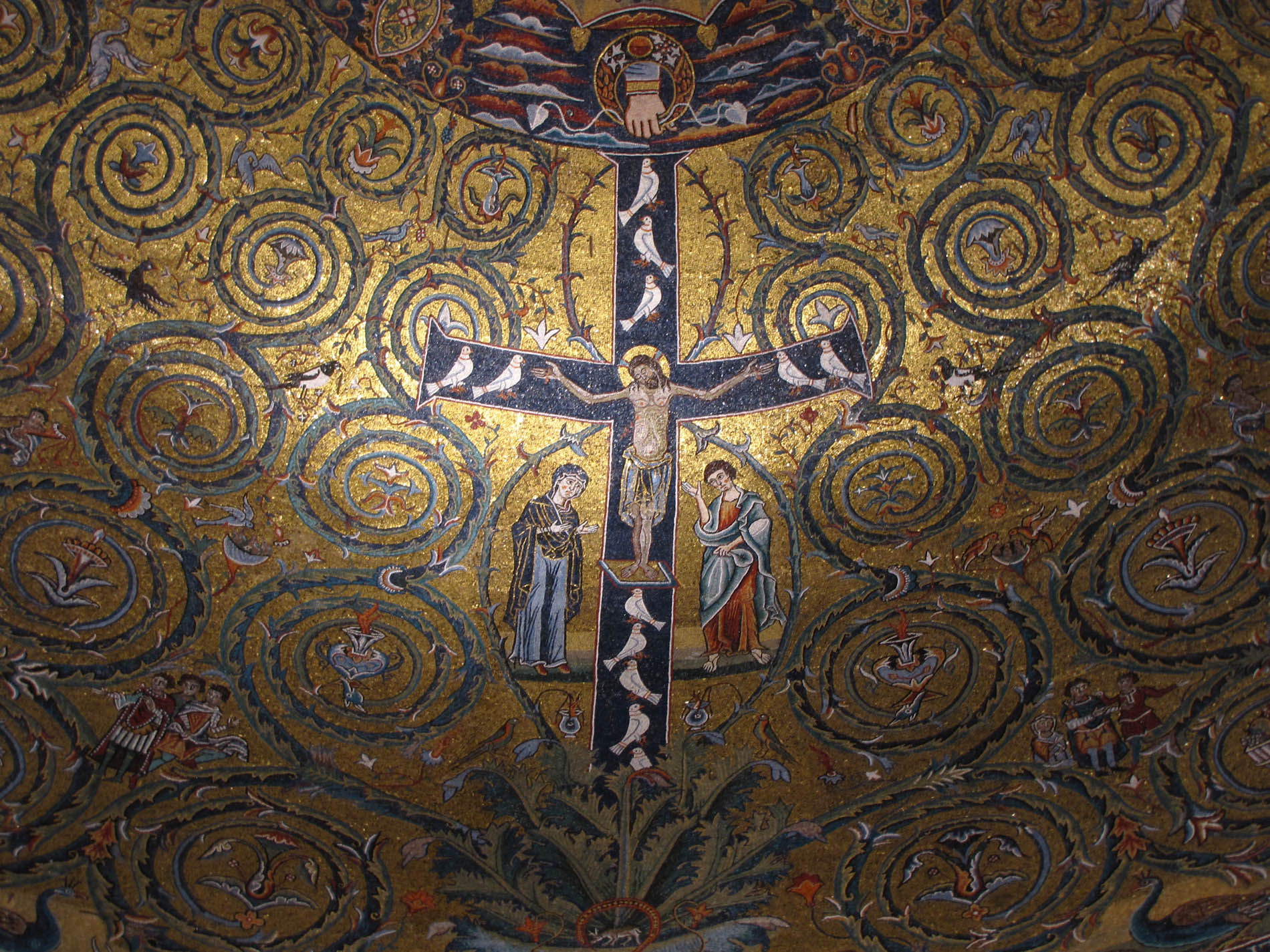 I Am the Vine, You are the Branches – Pope John Paul II

I Am the Vine, You are the Branches

The reality of the Church as Communion is … the central content of the ‘mystery’, or rather, the divine plan for the salvation of humanity.
By Pope John Paul II

The Mystery of the Vine

The Sacred Scriptures use the image of the vine in various ways. In a particular case, the vine serves to express the Mystery of the People of God. From this perspective which emphasizes the Church’s internal nature, the lay faithful are seen not simply as labourers who work in the vineyard, but as themselves being a part of the vineyard. Jesus says, “I am the vine, you are the branches” (Jn 15:5).

The prophets in the Old Testament used the image of the vine to describe the chosen people. Israel is God’s vine, the Lord’s own work, the joy of his heart: “I have planted you a choice vine” (Jer 2:21); “Your mother was like a vine in a vineyard transplanted by the water, fruitful and full of branches by reason of abundant water” (Ez 19:10); “My beloved had a vineyard on a very fertile hill. He dug it and cleared it of stones and planted it with choice vines …”(Is 5:1-2).

Jesus himself once again takes up the symbol of the vine and uses it to illustrate various aspects of the Kingdom of God: “A man planted a vineyard, and set a hedge around it, and dug a pit for the winepress, and built a tower and let it out to tenants and went into another country” (Mk 12:1; cf. Mt 21:28 ff.).

John the Evangelist invites us to go further and leads us to discover the mystery of the vine: it is the figure and symbol not only of the People of God, but of Jesus himself. He is the vine and we, his disciples, are the branches. He is the “true vine”, to which the branches are engrafted to have life (cf. Jn 15:1 ff.).

The Second Vatican Council, making reference to the various biblical images that help to reveal the mystery of the Church, proposes again the image of the vine and the branches: “Christ is the true vine who gives life and fruitfulness to the branches, that is, to us.
Through the Church we abide in Christ, without whom we can do nothing (Jn 15:1-5)”.

The Church herself, then, is the vine in the gospel. She is mystery because the very life and love of the Father, Son and Holy Spirit are the gift gratuitously offered to all those who are born of water and the Holy Spirit (cf. Jn 3:5), and called to relive the very communion of God and to manifest it and communicate it in history (mission): “In that day”, Jesus says, “you will know tkat I am in my Father and you in me, and I in you” (Jn 14:20).

Only from inside the Church’s mystery of communion is the “identity” of the lay faithful made known, and their fundamental dignity revealed. Only within the context of this dignity can their vocation and mission in the Church and in the world be defined…Vatican Council II has invited us to contemplate the mystery of the Church through biblical images which bring to light the reality of the Church as a communion with its inseparable dimensions: the communion of each Christian with Christ and the communion of all Christians with one another. There is the sheepfold, the flock, the vine, the spiritual building, the Holy City. Above all, there is the image of the Body as set forth by the Apostle Paul. Its doctrine finds a pleasing expression once again in various passages of the Council’s documents. In its turn, the Council has looked again at the entire history of salvation and has reproposed the image of the Church as the People of God: “It has pleased God to make people holy and to save them, not merely as individuals without any mutual bonds, but by making them into a single people, a people which acknowledges him in truth and serves him in holiness.” From its opening lines, the Constitution Lumen Gentium summarizes this doctrine in a wonderful way: “The Church in Christ is a kind of sacrament, that is, a sign and instrument of intimate union with God and of the unity of all the human race”.

The reality of the Church as Communion is, then, the integrating aspect, indeed the central content of the “mystery”, or rather, the divine plan for the salvation of humanity. For this purpose ecclesial communion cannot be interpreted in a sufficient way if it is understood as simply a sociological or a psychological reality. The Church as Communion is the “new” People, the “messianic” People, the People that “has, for its head, Christ… as its heritage, the dignity and freedom of God’s Children… for its law, the new commandment to love as Christ loved us… for its goal, the kingdom of God… established by Christ as a communion of life, love and truth”. The bonds that unite the members of the New People among themselves—and first of all with Christ—are not those of “flesh and blood”, but those of the spirit, more precisely those of the Holy Spirit, whom all the baptized have received (cf. Joel 3:1).

In fact, that Spirit is the One who from eternity unites the one and undivided Trinity, that Spirit who “in the fullness of time” (Gal 4:4) forever unites human nature to the Son of God, that same identical Spirit who in the course of Christian generations is the constant and never-ending source of communion in the Church.

Karol Wojtyla, otherwise known as Pope John Paul II, was certainly one of the most widely talented and broadly experienced men ever to have occupied the chair of St. Peter.  Born in 1920 to a devout Polish family, Pope John Paul II endured the loss of his mother at age 9, the death of his only brother a few years later, and, amidst the horrors of the Nazi occupation, finally his beloved father.     In the face of such tragedy, many would indulge in self-pity and would preoccupy themselves with self-preservation.  Adversity had the opposite effect on Karol Wojtyla.  He responded to it by deciding to give of himself still more generously.  And so in his twenties, amidst forced labor in a quarry under the German conquerors, Karol entered a clandestine seminary and continued his studies under the oppression of the Communist “liberators.”    Actor, athlete, philosopher, professor, pastor, and disciple, he became first a priest in 1946, then the youngest Polish auxiliary bishop of modern history (at age 38).  It was in this capacity that the future Pope John Paul II traveled to Rome in 1962 to attend the first session of the Second Vatican Council.  His holiness and brilliance being impossible to hide, he caught the eye of Pope Paul VI and was named Cardinal Archbishop of Cracow in 1967.  Eleven years later, in October 1978, the world was stunned when he was elected the Successor of Peter, the first Polish Pope.       In the history of the Papacy, no Pope has traveled more extensively or has written more profusely than Pope John Paul II.  Only Pius IX and St. Peter himself pastored the universal church as long as he.  While all previous popes of the twentieth century combined canonized 98 saints, Pope John Paul II himself canonized 464 saints during the course of his pontificate.  Many have suggested that someday Pope John Paul’s name will be followed by “the Great,” an honor bestowed by popular acclamation upon only two prior popes, Popes St. Gregory I and St. Leo I.