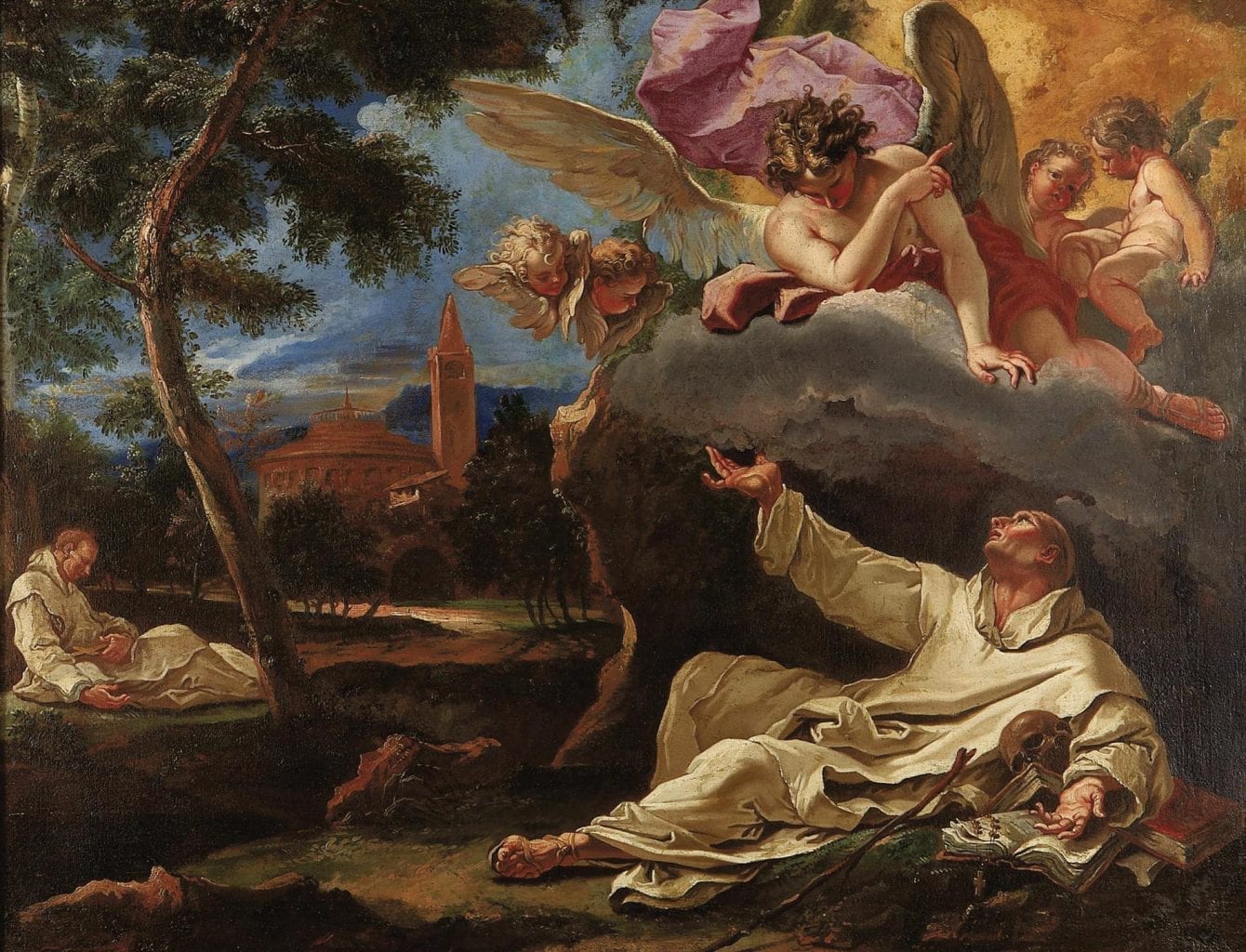 If I Forget You Jersusalem – Bruno the Carthusian

Home > AA-Media  > Articles  > If I Forget You Jersusalem – Bruno the Carthusian
St. Bruno of Cologne

St. Bruno on Psalm 84. “How lovely is your dwelling place” is taken to refer not so much to the Jerusalem temple as the heavenly dwelling of God in heaven according to the spiritual sense or meaning of Scripture.  To reach the courts of the house of the Lord, we must climb the steps of virtue and good works.

How delightful is your dwelling-place, Lord of hosts!

That is, for the broad spaces of the heavenly Jerusalem, which is the city of God.

Blessed are they who dwell in your house:  they will praise you for ever.

The Courts of the House of the Lord

Now the psalmist shows why he desires to enter the courts of the Lord: Lord, God of all powers in heaven, my king and my God, blessed are they who dwell in your house. It is as if he said, ‘Who would not wish to enter your courts, since you are God, that is, the Creator, the Lord of the powers, the King, and since all are blessed who live in your house?’ Because ‘courts’ and ‘house’ mean the same thing here.

When he says ‘blessed’ he means that they have all conceivable blessedness. And they are surely blessed, because they will praise you with loving devotion for ever, that is, for all eternity. They would not be able to praise the Lord for all eternity unless they were blessed for all eternity.

We need Grace to Climb

Blessed the man whose help comes from you, who has set his heart on climbing to you.

But no-one can reach this blessedness on his own, even if he has hope, faith and love. Blessed is the man whose help comes from you – in other words, only the man whose help comes from you will attain the blessedness he has set his heart on. That is to say: the only people who will attain blessedness are those who set their hearts on climbing many steps of virtue and good works, but also receive the help of your grace. No-one can climb by himself, as the Lord himself has said: No-one has gone up to heaven except the Son of Man who is in heaven.

I say that he is climbing to you because he now lives in the valley of tears, that is, in this present life, which is lowly and filled with the tears of tribulation; as opposed to the other life, which can be called a mountain in comparison, a mountain full of joy.

Since the psalmist has said, Blessed the man whose help comes from you, one might ask, ‘Will God give his help?’ The answer is that help is truly offered by God to the blessed. For the lawgiver, that is, Christ, gave us the law and he gives us and will go on giving us blessings (that is, the many gifts of grace) by which he blesses his own people. This means he will raise them up to blessedness, and so they will go from strength to strength as they climb.

See in a Spiritual Sense

In the future heavenly Zion Christ will be seen, the God of gods, and since he is God he will make his people divine also. Or, if you prefer, you can say that the God of gods, God the Trinity, will be visible in a spiritual sense in those who dwell in Zion. By the light of their understanding they will see God in themselves in a way that now they cannot, for God will be all in all.

This post from St. Bruno the Carthusian (St. Bruno of Cologne) extols the heavenly Jerusalem in its commentary on Psalm 84 (Ps 83 in the Latin Vulgate Ps. 83: Edit. Cartusiae de Pratis, 1891, 376-377).  It interprets the psalm in terms of the spiritual or anagogical meaning, which is the fourth sense of scripture according to medieval interpretation – the ascent or climb to heaven.  It appears in the Roman Catholic Office of Readings for Thursday in the 23rd week of Ordinary time along with the biblical reading taken from Lamentations 1:1-12, 18-20.

Bruno was born to a prominent family in Cologne who sent him to the Cathedral school of Reims in what is now France. After graduation, he returned to Cologne where he was ordained a priest. Soon thereafter he was invited by the Bishops of Reims and take charge of the Cathedral school where for two decades he distinguished himself as a teacher of philosophy and theology, mentoring many future prelates and abbots, including the future Pope Urban II.

After becoming chancellor of the diocese of Reims, he was offered episcopal consecration, but declined. Instead, he carried out his plan to retire to the countryside to pursue a life of poverty, simplicity and contemplation. He and a few companions settled near Grenoble, in an area called Chartreuse from which comes the name for the monastic order he founded, the Carthusians.

However, when his former pupil became Pope Urban II, Bruno was summoned to Rome to advise the new pope. He lived with the Pope, in the Lateran palace. Ultimately he was allowed to resume his contemplative life, but in Italy, where the Pope could more easily reach him and obtain his counsel.  And so Bruno spent his final years in the Calabria region of Southern Italy.  Though the Carthusians, out of humility, declined to have him formally canonized, he is regarded by the church as a saint and the patron of Calabria.  (Bio by Dr. Italy)