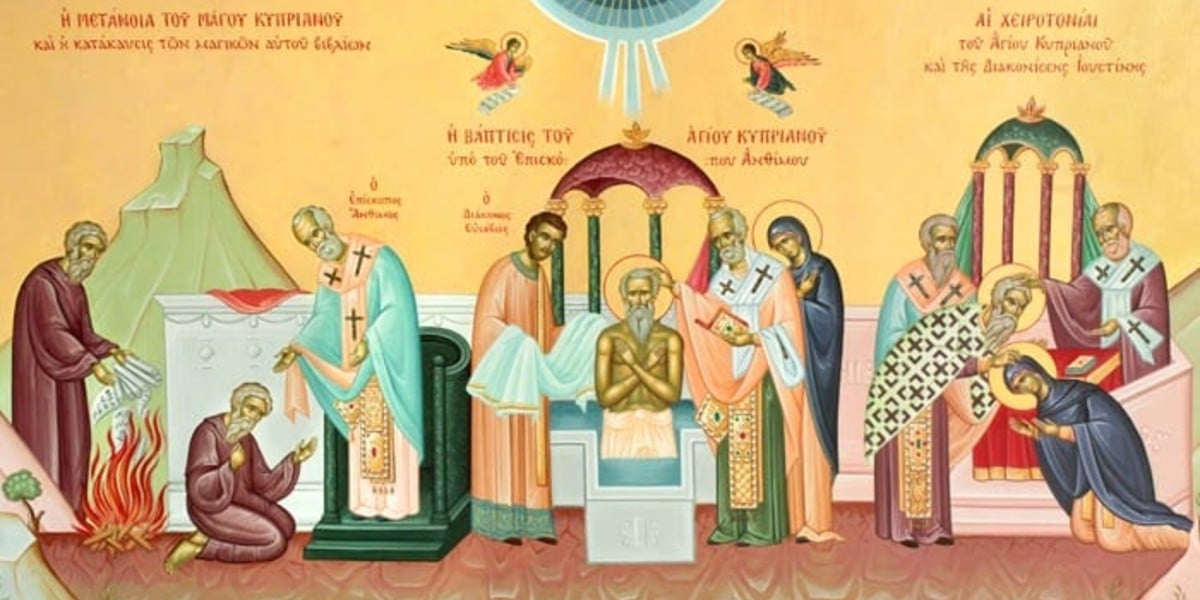 Invincible Faith of the Martyrs – Cyprian

Cyprian, who himself was martyred a few years after writing this, here speaks of the invincible faith of the martyrs.

How can I find the words to praise you, most courageous brethren? How can I compose a speech worthy of the strength of your heart and your perseverance in faith? You endured questioning by the cruelest tortures right through to the glorious end. You did not yield to suffering, but the sufferings yielded to you. The tortures did not bring the end of your torment, but the crown of martyrdom did. The intensification of the tortures went on and on, not to break down the steadfast faith but to send the men of God the sooner to their Lord.

The crowds who were present wondered as they saw the heavenly battle of God, Christ’s spiritual battle, as they saw his servants standing with free voices and undamaged minds, strong with divine strength. They were deprived, it is true, of the weapons of this world, but they were armed with the arms of faith. Tortured they stood, yet stronger than their torturers. Their limbs, beaten and torn as they were, still defeated the instruments that had beaten and torn them.

The cruellest beatings, repeatedly administered, could not overcome their ineradicable faith, even when their very entrails were torn open and at length the servants of God had no limbs left to be beaten, but only wounds. Blood was flowing that might quench the flames of persecution, that might subdue the fires of Gehenna itself. What a spectacle that was for the Lord – how sublime, how great, how acceptable to the eyes of God because it showed the allegiance and devotion of his soldiers! As the Psalms say, when the Holy Spirit speaks to us and warns us: Precious in the sight of the Lord is the death of his faithful. Precious is the death that has bought immortality at the cost of its blood and received the crown of God as the consummation of its virtues!

How Christ rejoiced! How willingly he fought and conquered in such servants, protecting their faith and giving to the believers all that they needed! He was present at his own battle, he lifted up his champions, the proclaimers of his name, he gave them strength and new spirit. And he who once conquered death for us still and always conquers it within us.

O happy Church of ours, lit up by the honor of God’s kindness, now purified by the blood of our glorious martyrs! Once she shone white through the works of the brethren; now she has become purple with the blood of the martyrs. Among her flowers there bloom both white lilies and red roses.

Now let each of us strive for the highest of one of these honours. Let each of us be crowned either with the white crown of labours or the purple crown of suffering.

This excerpt from a letter by St. Cyprian, bishop of Carthage (Epist. 10, 2-3, 5: CSEL 3, 491-492, 494-495) on the faith of the martyrs was written around the year 258 AD, during the persecution of the Emperor Valerian. Though it is great to read on the memorial on any martyr, It is used in the Roman Office of Readings on August 13 for the memorial of the Roman Martyrs Pontian, Pope, and Hippolytus, Priest, who were exiled to the Sardinian mines by the Emperor Maximinus, where they died due to brutal treatment.

For more great resources on Christian Martyrs and Martyrdom, See the SAINTS & MARTYRS section of the Crossroads Initiative Library.

Cyprian was a pagan public speaker and teacher from Carthage in North Africa who converted to Christianity around the year 246 AD. He immediately set himself to the study of Scripture and the writings of the first great Latin theologian from North Africa, Tertullian. Saint Cyprian grew so rapidly in holiness and knowledge of the faith that he was appointed bishop of Carthage only two years later. Within only a few months of his election to the episcopacy, the persecution of Decius broke out and Cyprian was forced to flee his see. Upon returning, he set himself to dealing with the problem of the reconciliation, after suitable penance, of those who buckled under pressure and lapsed in their faith. After a few years of peace, the persecution of the emperor Valerian began. Cyprian gave himself up and was martyred in Carthage on September 14, 258. St. Cyprian’s writings that survive are mainly letters and short treatises. Most notable among them are De Catholicae Ecclesiae Unitatis (251) on the Unity of the Catholic Church and the importance of the Episcopate as safeguard of this unity. He is recognized as one of the Fathers of the Church. Biography by Dr. Italy