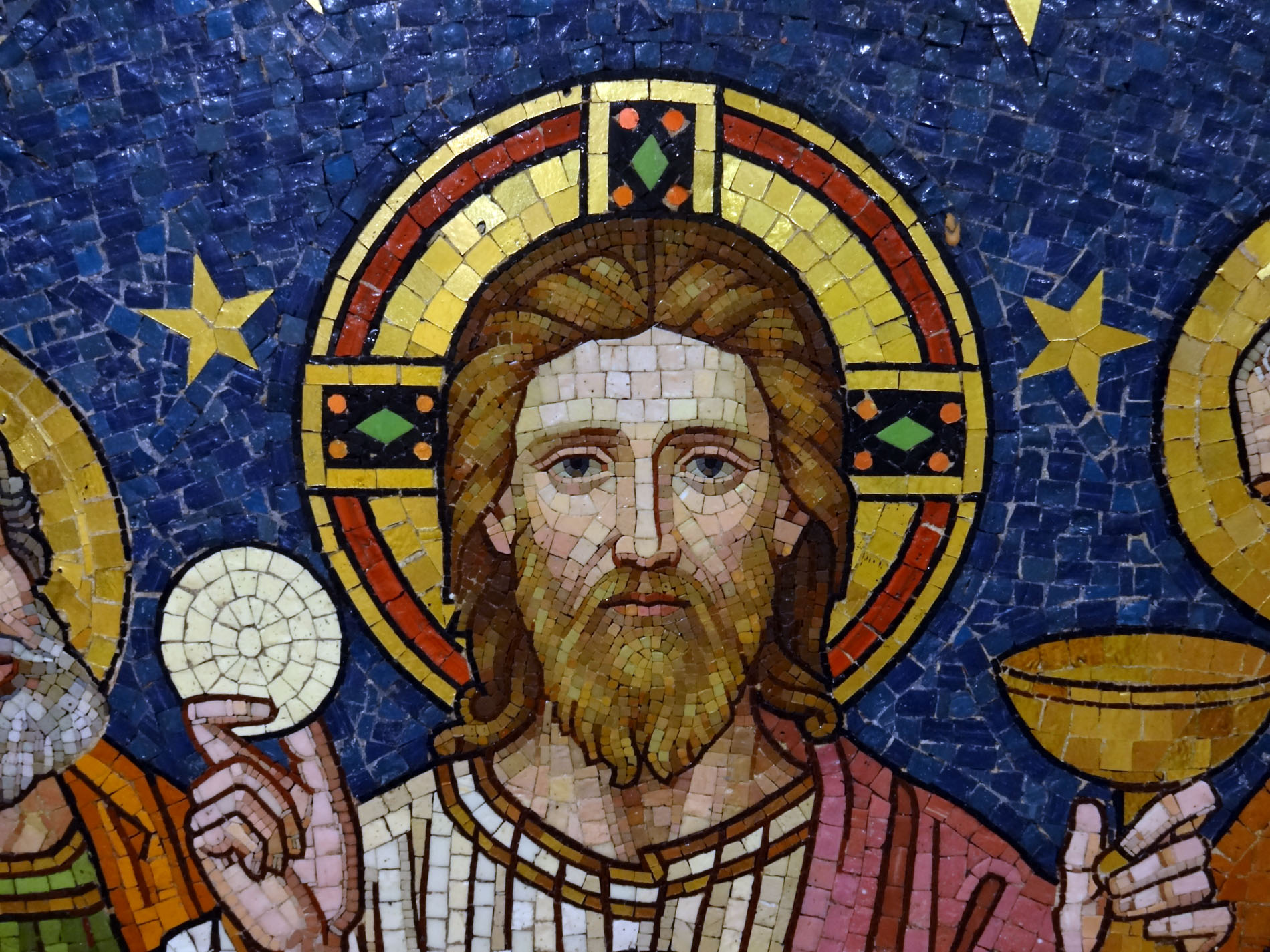 Keep Your Eyes on Christ – Gregory of Nyssa

Gregory of Nyssa urges us here to follow Paul’s command to keep your eyes fixed on Christ rather than be preoccupied with earthly trivialities.   The wise man heeds this advice.  The fool preoccupies himself with things destined to pass away.

We shall be blessed with clear vision if we keep our eyes fixed on Christ [Col. 3:1], for he, as Paul teaches, is our head, and there is in him no shadow of evil. Saint Paul himself and all who have reached the same heights of sanctity had their eyes fixed on Christ, and so have all who live and move and have their being in him.

As no darkness can be seen by anyone surrounded by light, so no trivialities can capture the attention of anyone who has his eyes on Christ. The man who keeps his eyes upon the head and origin of the whole universe has them on virtue in all its perfection; he has them on truth, on justice, on immortality and on everything else that is good, for Christ is goodness itself.

The wise man, then, turns his eyes toward the One who is his head, but the fool gropes in darkness. No one who puts his lamp under a bed instead of on a lamp-stand will receive any light from it. People are often considered blind and useless when they make the supreme Good their aim and give themselves up to the contemplation of God, but Paul made a boast of this and proclaimed himself a fool for Christ’s sake. The reason he said, We are fools for Christ’s sake [I Cor. 4:10]was that his mind was free from all earthly preoccupations. It was as though he said, “We are blind to the life here below because our eyes are raised toward the One who is our head.”

And so, without board or lodging, he traveled from place to place, destitute, naked, and exhausted by hunger and thirst. When men saw him in captivity, flogged, shipwrecked, led about in chains, they could scarcely help thinking him a pitiable sight. Nevertheless, even while he suffered all this at the hands of men, he always looked toward the One who is his head and he asked: What can separate us from the love of Christ, which is in Jesus? Can affliction or distress? Can persecution, hunger, nakedness, danger or death? [Ro. 8: 35]  In other words, “What can force me to take my eyes from him who is my head and to turn them toward things that are contemptible?”

This excerpt from a homily by St. Gregory of Nyssa on Ecclesiastes (Hom. 5: PG 44, 683-686) identifies the wise man as the one who keeps his eyes fixed on Christ like St. Paul and the fool the one who preoccupies himself with earthly trivialities.  It is is used in the Roman Office of Readings for Monday of the 7th week of Ordinary Time. The accompanying biblical reading is from Ecclesiastes 2:1-3; 12-26.

Gregory of Nyssa was the younger brother of St. Basil the Great and St. Macrina.  Born around 330 AD, Gregory married and spent several years of his life in secular employment before he entered the monastery founded by his elder brother.  He was consecrated Bishop of Nyssa in 371 and fought tirelessly for the Trinitarian faith of Nicaea that was reaffirmed by the great Creed of the Council of Constantinople, which he attended.  In the last few years of his life, he traveled a great deal since he was in great demand as a preacher, teacher, and spiritual writer.

St. Gregory of Nyssa was a theologian of great depth and originality.  He wrote famous treatises against trinitiarian herietics Eunomius and Apollinarius and instructed new Christians about the Trinity, Incarnation, Redemption and Sacraments in his Catechetical Orations.  But his theological reflections far surpassed controversy and cathechesis–indeed, St. Gregory provides us with the first systematic presentation of Christian doctrine since Origen over 150 years earlier.

Gregory wrote many reflections and commentaries on Scripture, most notably his Life of Moses and homilies on the Lord’s Prayer, the Song of Songs, and the Beatitudes.  His most important contribution was in the area of spirituality.  While his brother gave eastern monasticism its structure and organization, Gregory provided its heart and mystical vision. For this reason he came to be known as “Father of Mysticism.”

St. Gregory of Nyssa died around the year 395 AD and is revered as one of the greatest of the Eastern Church Fathers.  He, his brother Basil and their friend St. Gregory of Nazianzen, are known as the Cappadocian Fathers, from the region in modern Turkey from which they came.  His feast day is March 9th..