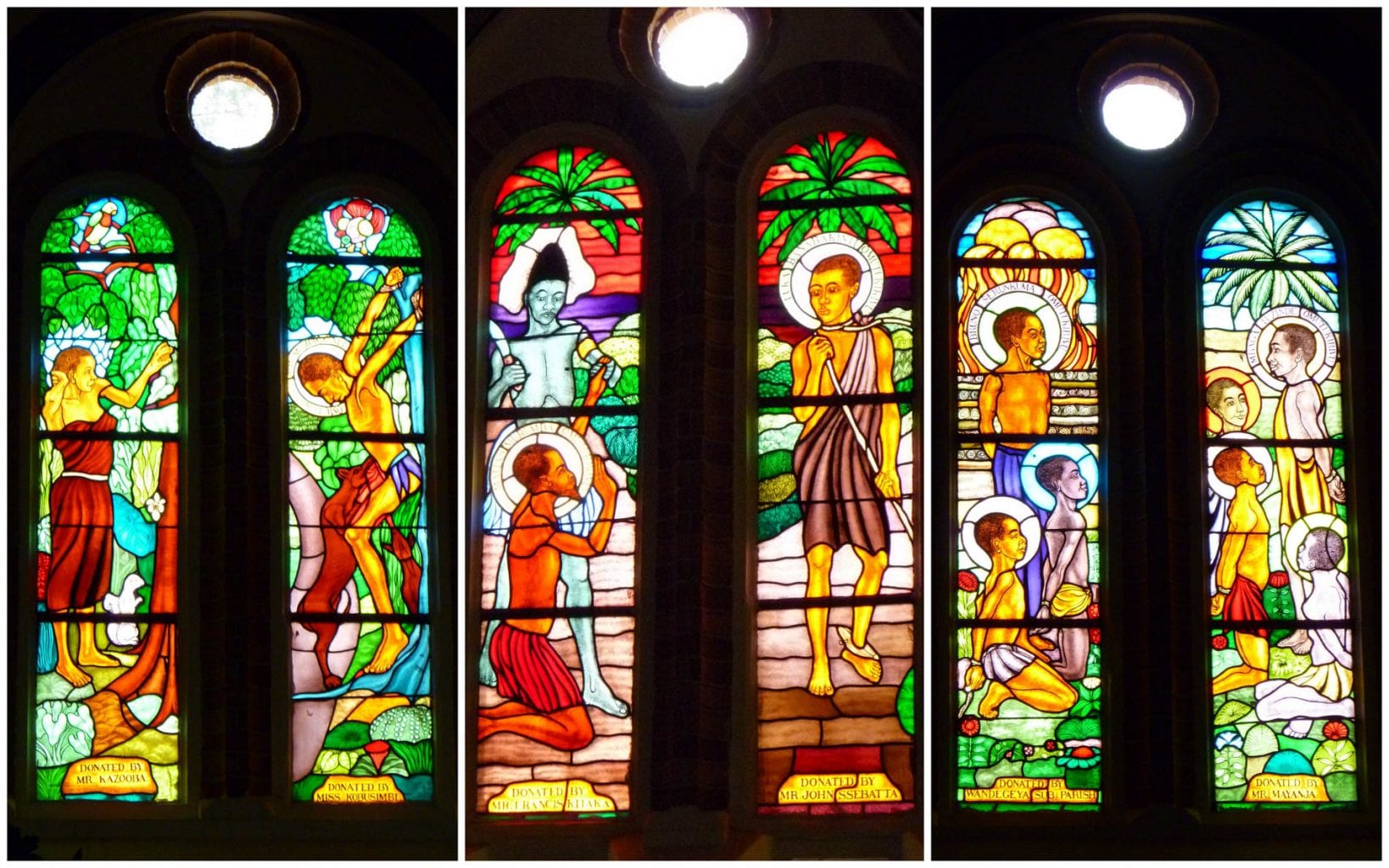 The African martyrs add another page to the martyrology – the Church’s roll of honor – an occasion both of mourning and of joy. This is a page worthy in every way to be added to the annals of that Africa of earlier which we, living in this era and being men of little faith, never expected to be repeated.

Who could have predicted to the famous African confessors and martyrs such as Cyprian, Felicity, Perpetua and – the greatest of all – Augustine, that we would one day add names so dear to us as Charles Lwanga and Matthias Mulumba Kalemba and their 20 companions? Nor must we forget those members of the Anglican Church who also died for the name of Christ.

These African martyrs herald the dawn of a new age. If only the mind of man might be directed not toward persecutions and religious conflicts but toward a rebirth of Christianity and civilisation!

Africa has been washed by the blood of these latest martyrs, the first of this new age (and, God willing, let them be the last, although such a holocaust is precious indeed). Africa is reborn free and independent.

The infamous crime by which these young men were put to death was so unspeakable and so expressive of the times. It shows us clearly that a new people needs a moral foundation, needs new spiritual customs firmly planted, to be handed down to posterity. Symbolically, this crime also reveals that a simple and rough way of life – enriched by many fine human qualities yet enslaved by its own weakness and corruption – must give way to a more civilised life wherein the higher expressions of the mind and better social conditions prevail.

This excerpt from the homily at the canonization of the martyrs of Uganda by Pope Paul VI (AAS 56 [1964], 905-906 is used in the office of readings on June 3, the memorial of Charles Lwanga and companions. Many faithful Christians were killed in Uganda by King Mwanga during the years 1885-87. Some of them had once enjoyed the good graces of the king at his court, and some were even related to him. Among them, Charles Lwanga and his twenty-one companions, adhering steadfastly to the Catholic Faith, were put to death, some by the sword, others by burning, because they would not give in the the unreasonable demands of the king.

Gianbattista Montini was elected Pope in 1963 upon the death of John XXIII. The new Pope took the name of Paul, the Apostle to the Gentiles, because of Paul’s role to the proclamation of the Gospel to the four corners of the earth. It fell to Pope Paul VI to complete the work of the Second Vatican Council and to see that Vatican II’s teaching was implemented in the life of the Church. Though less jovial and humorous than his predecessor, Pope Paul VI was an inspiration in his relentless energy in serving the Lord. It was he who began the international Papal travel that was taken up so effectively by Pope John Paul II. Pope Paul VI died in 1978 and was succeeded by Pope John Paul I.