Mary & the Church: Both Virgins & Mothers – Isaac of Stella

This excerpt from a sermon of Blessed Isaac of Stella on how Mary and the Church are both virgins and mothers; yet in another sense, they are together one virgin, one mother.

The Son of God is the first-born of many brothers. Although by nature he is the only- begotten, by grace he has joined many to himself and made them one with him. For to those who receive him he has given the power to become the sons of God.

He became the Son of man and made many men sons of God, uniting them to himself by his love and power, so that they became as one. In themselves they are many by reason of their human descent, but in him they are one by divine rebirth.

Both are mothers, both are virgins. Each conceives of the same Spirit, without concupiscence. Each gives birth to a child of God the Father, without sin. Without any sin, Mary gave birth to Christ the head for the sake of his body. By the forgiveness of every sin, the Church gave birth to the body, for the sake of its head. Each is Christ’s mother, but neither gives birth to the whole Christ without the cooperation of the other. 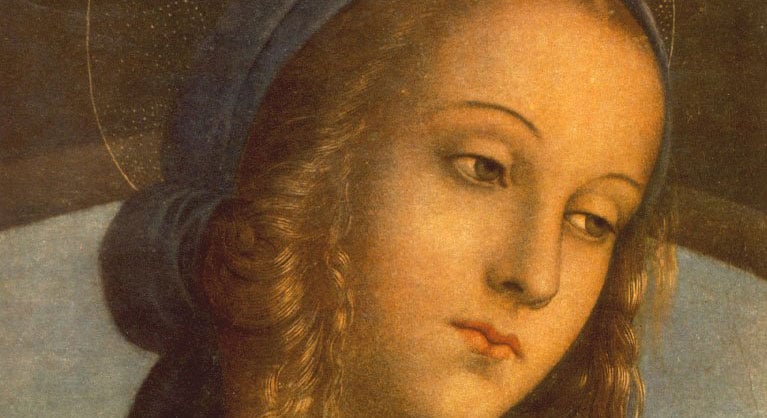 In a way, every Christian is also believed to be a bride of God’s Word, a mother of Christ, his daughter and sister, at once virginal and fruitful. These words are used in a universal sense of the Church, in a special sense of Mary, in a particular sense of the individual Christian. They are used by God’s Wisdom in person, the Word of the Father.

This excerpt from a sermon of Blessed Isaac of Stella on how Mary and the Church are both virgin and mother (Sermo 51: PL 194, 1862-1865) is used in the Roman Catholic Office of Readings for Saturday of the Second Week of Advent with the accompanying biblical reading being taken from Isaiah 29:1-8).  Isaac was the Cistercian abbot of Stella in what is now France, a contemporary of St. Bernard of Clairvaux.

Born ca. 1100AD, Blessed Isaac entered the Cistercian Monastery of Citeaux, near Dijon, France, in the early years of the Cistercian order. A contemporary of St. Bernard of Clairvaux, Isaac became abbot of the Cistercian monastery of Stella where he was renowned for his holiness and the teaching he gave his monks to help them advance in the spiritual life. He died in 1169AD.