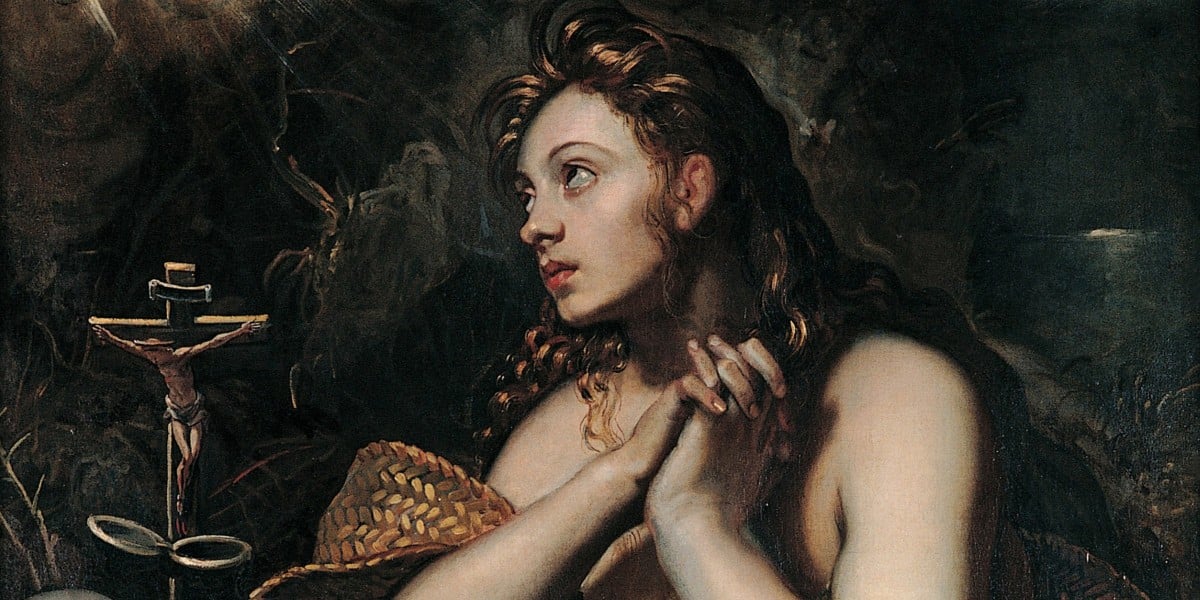 In 2016, Pope Francis elevated the annual memorial of Mary Magdalene on July 22 to that of a Feast, the same status as celebrations of the apostles and evangelists.  In light of the fact that she announced the good news of the resurrection to the Twelve on Easter Morning, she is fittingly called “Apostle to the Apostles.”  The Pope instructed the Congregation for Divine Worship to further explain his decision, which the secretary of that Congregation does in the Following Letter.

By the express wish of the Holy Father, Pope Francis, the Congregation for Divine Worship and the Discipline of the Sacraments published a new Decree on the Solemnity of the Most Sacred Heart of Jesus, 3 June 2016, in which the celebration of Saint Mary Magdalene was elevated and inscribed in the General Roman Calendar with the rank of Feast. This decision, in the current ecclesial context, seeks to reflect more deeply upon the dignity of women, on the new evangelisation and on the greatness of the mystery of God’s Mercy.

Saint John Paul II paid great attention not only to the importance of women in the mission of Christ and the Church, but also and with special emphasis on the particular role of Mary of Magdala as the first witness who saw the risen Christ, and as the first messenger who announced the Lord’s resurrection to the Apostles ( Mulieris dignitatem n. 16). The importance of this continues today in the Church, as is evident in the new evangelisation, which seeks to welcome all men and women “of every race, people, language and nation” (Rev 5: 9), without any distinction, to announce to them the Good News of the Gospel of Jesus Christ while accompanying them on their earthly pilgrimage, and offering them the wonders of God’s salvation.

Saint Mary Magdalene is an example of a true and authentic evangeliser, that is an evangelist who announces the central joyful message of Easter (cf. Collect for 22 July and the new Preface). It is precisely in the context of the Jubilee of Mercy that our Holy Father Pope Francis has taken this decision, in order to underline the relevance of this woman “who so loved Christ and was so greatly loved by Christ”, as Rabanus Maurus affirms on various occasions when he speaks of her (“dilectrix Christi et a Christo plurimum dilecta”: De vita Mariae Magdalenae, Prologus ), as well as Saint Anselm of Canterbury who says of her “chosen because you are beloved and beloved because you are chosen of God” (“electa dilectrix et dilecta electrix Dei”: Oratio LXXIII ad sanctam Mariam Magdalenam ).

It is true that ecclesial tradition in the West, especially since the time of Gregory the Great, has identified Saint Mary Magdalene, and the woman who anointed Christ’s feet with perfume in the house of Simon the Pharisee, and the sister of Lazarus and Martha, as one and the same person. This interpretation continued to influence western ecclesiastical authors, Christian art and liturgical texts relative to this Saint. The Bollandists made a detailed study of the problem of identifying these three women and prepared a path for the liturgical reform of the Roman Calendar.

The outcome of this reform of the Second Vatican Council led to the texts of the Missale Romanum , the Liturgia Horarum and the Martyrologium referring to Mary of Magdala. What is certain is that Mary Magdalene was part of the group of Jesus’ disciples, she accompanied him to the foot of the Cross and, in the garden where she met him at the tomb, was the first “witness of Divine Mercy” (Gregory the Great, XL Hom. In Evangelia, lib. II Hom. 25,10 ). The Gospel of John tells us that Mary Magdalene wept because she could not find the body of the Lord (Jn 20:11); and that Jesus had mercy on her by letting himself be known as her Master, thus transforming her tears into paschal joy.

Taking advantage of this opportune moment, I would like to underline two ideas inherent in the biblical and liturgical texts of this Feast which assist us to better grasp the importance of this holy woman for today. On the one hand, she has the honour to be the first witness of the Lord’s resurrection (“prima testis” – Hymnus, Ad Laudes matutinas), the first who saw the empty tomb and the first to hear the truth about his resurrection. Christ showed special consideration and mercy to this woman who showed her love for Christ by seeking him in her anguish and suffering in the garden, or as Saint Anselm says in the prayer mentioned above with “lacrimas humilitatis” (“the tears of humility”). In this way it is possible to highlight the contrast between the woman present in the garden of paradise and the woman present in the garden of the resurrection. The first spread death where there was life; the second announced life from a sepulchre, the place of death. As Gregory the Great underlines: “Quia in paradiso mulier viro propinavit mortem, a sepulcro mulier viris annuntiat vitam” (“Indeed because a woman offered death to a man in Paradise, a woman announces life to the men from the tomb”: XL Hom. In Evangelia, lib. II, Hom. 25 ).

Yet, there is more, as we see precisely in the garden of the resurrection where the Lord says to Mary, “Noli me tangere” (“Do not cling to me” Jn 20:17). This is an invitation to enter into an experience of faith that goes beyond materialistic assumptions and the human grasping after the divine Mystery which is not simply addressed to Mary but to the entire Church. This is an ecclesial moment!

This is an important lesson for every disciple of Jesus Christ to neither seek human securities nor the vainglory of this world, but in faith to seek the living and risen Christ! On the other hand, precisely because she was an eyewitness to the risen Christ, she was also the first one to bear witness to him before the Apostles. She fulfils the command of the Risen Lord: “‘Go to my brethren and say to them, I am ascending to my Father and your Father, to my God and your God.’ Mary Magdalene went and announced to the disciples ‘I have seen the Lord’ and she told them that he had said these things to her” (Jn 20:17-18).

Thus, as already indicated she becomes an evangelist, that is a messenger who announces the Good News of the Lord’s resurrection or, as Rabanus Maurus and Saint Thomas Aquinas say, she becomes the “apostolorum apostola” because she announces to the apostles what in turn they will announce to the whole world (Rabanus Maurus , De vita beatae Mariae Magdalenae, XXVII; Saint Thomas Aquinas, In Ioannem Evangelistam Expositio, c. XX, L. III, 6). It was with good reason that the Angelic Doctor applied this term to Mary of Magdala, for she is the witness to the risen Christ and announces the message of the Lord’s resurrection just like the rest of the Apostles.

For a podcast by Dr. Italy explaining what we know about Mary Magdalene from Scripture and History, LISTEN HERE.