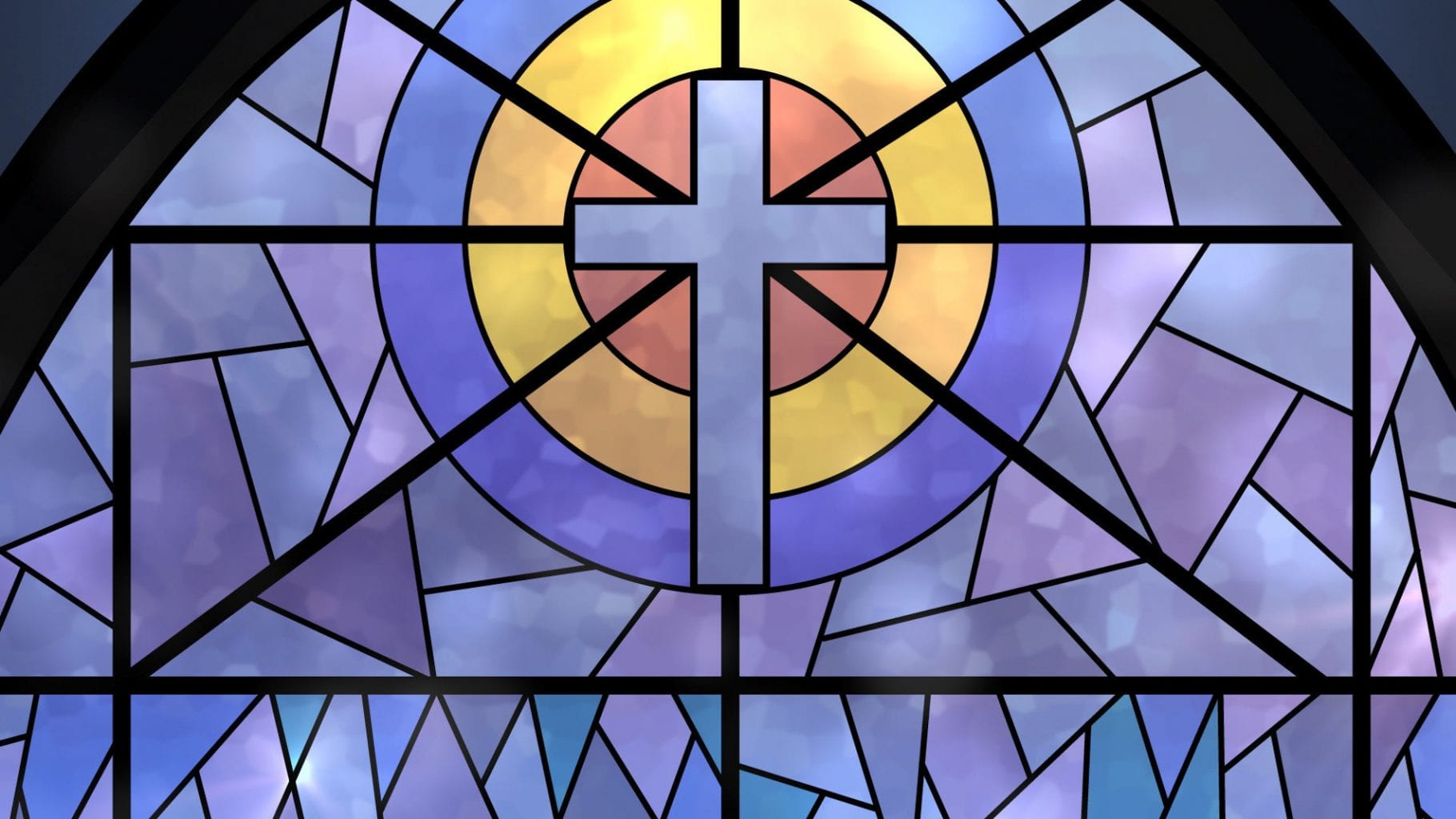 Mother Teresa on Population and Development

Mother Teresa was invited to address the Cairo International Conference on Population and Development on September 9, 1994.  What follows is the text of her remarks which centered on the violence of abortion and an appeal to accept the humanity and the precious gift of the child.

I speak today to you from my heart – to each person in all the nations of the world, to people with power to make big decisions as well as to all the mothers, fathers and children in the cities, towns and villages.

Population & Development – Life as a Gift

Each one of us is here today because we have been loved by God who created us and our parents who accepted and cared enough to give us life. Life is the most beautiful gift of God. That is why it is so painful to see what is happening today in so many places around the world: life is being deliberately destroyed by war, by violence, by abortion. And we have been created by God for greater things – to love and be loved.

Violence not the Answer to Population Problems

I have said often, and I am sure of it, that the greatest destroyer of peace in the world today is abortion. If a mother can kill her own child, what is there to stop you and me from killing each other? The only one who has the right to take life is the One who has created it. Nobody else has that right: not conference, no government.

I am sure that deep down in your heart, you know that the unborn child is a human being loved by God, like you and me. How can anyone knowing that, deliberately destroy that life? It frightens me to think of all the people who kill their conscience so that they can perform an abortion.

When we die, we will come face to face with God, the Author of life. Who will give an account to God for the millions and millions of babies who were not allowed to have the chance to live, to experience loving and being loved?

The World is big enough for all

God has created a world big enough for all the lives He wishes to be born. It is only our hearts that are not big enough to want them and accept them. If all the money that is being spent on finding ways to kill people was used instead to feed them and house them and educate them – how beautiful that would be. We are too often afraid of the sacrifices we might have to make. But where there is love, there is always sacrifice. And when we love until it hurts, there is joy and peace.

Mother Teresa will not refuse any child

If there is a child that you don’t want or can’t feed or educate, give that child to me. I will not refuse any child. I will give a home, or find loving parents for him or for her. We are fighting abortion by adoption and have given thousands of children to caring families. And it is so beautiful to see the love and unity that a child brings to a family.

The child is the most beautiful gift of God to a family, to a nation. Let us never refuse this gift of God. My prayer for each one of you is that you may always have the faith to see and love God in each person including the unborn. God bless you.

For more from St. Teresa of Calcutta on population and life issues, read Dr. Italy’s post MOTHER TERESA ON ABORTION.

These words on abortion and the gift of the child were spoken on September 9, 1994 by Mother Teresa of Calcutta to the Cairo International Conference on Population and Development.

Agnes Gonxha Bojaxhiu, the future Mother Teresa, was born on 26 August 1910, in Skopje, Macedonia, to Albanian heritage. Her father, a well-respected local businessman, died when she was eight years old, leaving her mother, a devoutly religious woman, to open an embroidery and cloth business to support the family. After spending her adolescence deeply involved in parish activities, Agnes left home in September 1928, for the Loreto Convent in Rathfarnam (Dublin), Ireland, where she was admitted as a postulant on October 12 and received the name of Teresa, after her patroness, St. Therese of Lisieux. Agnes was sent by the Loreto order to India and arrived in Calcutta on 6 January 1929. Upon her arrival, she joined the Loreto novitiate in Darjeeling. She made her final profession as a Loreto nun on 24 May 1937, and hereafter was called Mother Teresa. While living in Calcutta during the 1930s and ’40s, she taught in St. Mary’s Bengali Medium School. On 10 September 1946, on a train journey from Calcutta to Darjeeling, Mother Teresa received what she termed the “call within a call,” which was to give rise to the Missionaries of Charity family of Sisters, Brothers, Fathers, and Co-Workers. The content of this inspiration is revealed in the aim and mission she would give to her new institute: “to quench the infinite thirst of Jesus on the cross for love and souls” by “labouring at the salvation and sanctification of the poorest of the poor.” On October 7, 1950, the new congregation of the Missionaries of Charity was officially erected as a religious institute for the Archdiocese of Calcutta. Throughout the 1950s and early 1960s, Mother Teresa expanded the work of the Missionaries of Charity both within Calcutta and throughout India. On 1 February 1965, Pope Paul VI granted the Decree of Praise to the Congregation, raising it to pontifical right. The first foundation outside India opened in Cocorote, Venezuela, in 1965. The Society expanded to Europe (the Tor Fiscale suburb of Rome) and Africa (Tabora, Tanzania) in 1968. From the late 1960s until 1980, the Missionaries of Charity expanded both in their reach across the globe and in their number of members. Mother Teresa opened houses in Australia, the Middle East, and North America, and the first novitiate outside Calcutta in London. In 1979 Mother Teresa was awarded the Nobel Peace Prize. By that same year there were 158 Missionaries of Charity foundations. The Missionaries of Charity reached Communist countries in 1979 with a house in Zagreb, Craotia, and in 1980 with a house in East Berlin, and continued to expand through the 1980s and 1990s with houses in almost all Communist nations, including 15 foundations in the former Soviet Union. Despite repeated efforts, however, Mother Teresa was never able to open a foundation in China. Mother Teresa spoke at the fortieth anniversary of the United Nations General Assembly in October 1985. On Christmas Eve of that year, Mother Teresa opened “Gift of Love” in New York, her first house for AIDS patients. In the coming years, this home would be followed by others, in the United States and elsewhere, devoted specifically for those with AIDS. From the late 1980s through the 1990s, despite increasing health problems, Mother Teresa traveled across the world for the profession of novices, opening of new houses, and service to the poor and disaster-stricken. New communities were founded in South Africa, Albania, Cuba, and war-torn Iraq. By 1997, the Sisters numbered nearly 4,000 members, and were established in almost 600 foundations in 123 countries of the world. After a summer of traveling to Rome, New York, and Washington, in a weak state of health, Mother Teresa returned to Calcutta in July 1997. At 9:30 PM, on 5 September, Mother Teresa died at the Motherhouse. Her body was transferred to St Thomas’s Church, next to the Loreto convent where she had first arrived nearly 69 years earlier. Hundreds of thousands of people from all classes and all religions, from India and abroad, paid their respects. She received a state funeral on 13 September, her body being taken in procession – on a gun carriage that had also borne the bodies of Mohandas K. Gandhi and Jawaharlal Nehru – through the streets of Calcutta. Presidents, prime ministers, queens, and special envoys were present on behalf of countries from all over the world.