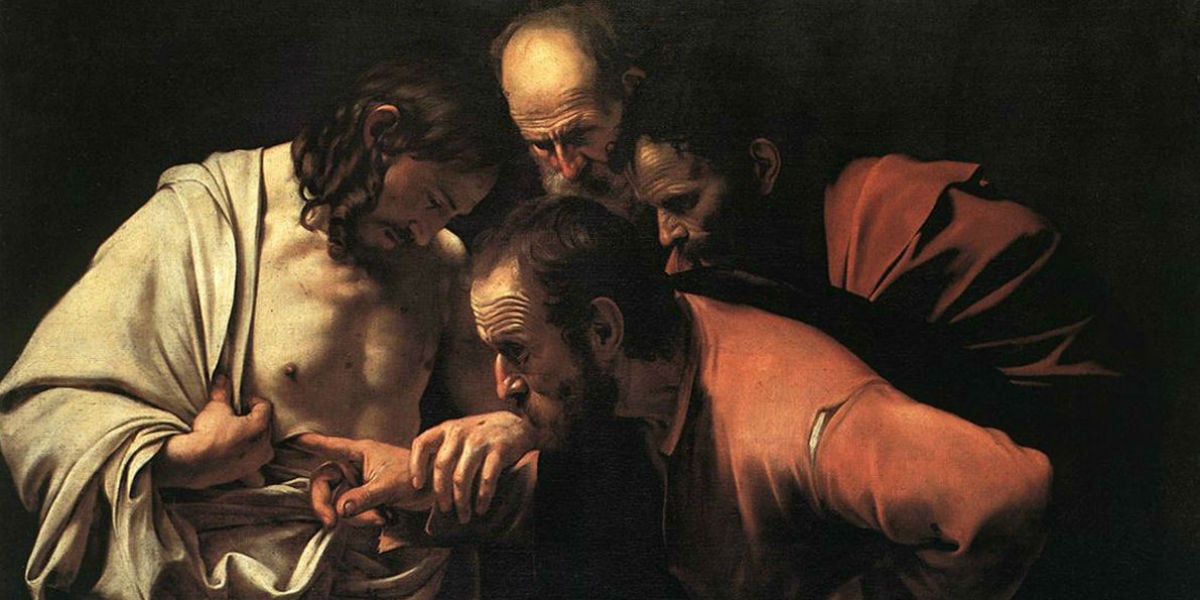 Eight days after Easter, Doubting Thomas has an encounter with the Risen Christ that makes him a believer and even more, an apostle or ambassador who will bring the gospel to an unbelieving world.  That should give us hope that he will do the same with us.  To hear the post read by the author, click the arrow below (5 minute listen).

All the disciples were huddling together behind locked doors, hoping that the authorities would be satisfied with the blood of their master and leave them alone. All but one. We don’t know where Thomas was, but all we know is that he missed it.

Despite the locked doors, Jesus suddenly appears, glorious in their midst, bringing peace where there had been only fear. Instead of rebuking them for cowardice, He breathes upon them the Spirit of mercy and commissions them to be ambassadors, indeed instruments, of His Divine mercy.

At last they are truly “apostles,” for they are “sent out,” like Jesus, the original Apostle, who was sent forth by the Father for the forgiveness of sins. Sinners, called to bring other sinners the Good News of mercy. Here they are, sinners, called to console others with the same consolation that they have received from the One without sin.

They couldn’t believe that Thomas missed this encounter and couldn’t wait to tell him the news.

But Thomas stubbornly refused to believe that it was anything more than a mirage. For everyone knows that death is final. Corpses don’t come back to life and show up for afternoon tea. Never mind Jesus’ many puzzling predictions about “raising up this temple in three days.” Never mind the fact that all of his fellow apostles save Judas were there and swore they saw His wounds. Thomas proudly insisted on empirical evidence that he could personally inspect to his own satisfaction.

So eight days later the Master once again defies the barred doors and appears in their midst. This time Thomas is present.

Imagine the look on his face as his eyes meet the eyes of Jesus. Talking about wanting to crawl under the nearest rock! Jesus invites him to sate his appetite for proof and probe His wounds. Thomas decides not to explain, not to defend, but simply to surrender. He is asked to believe that His master is risen. But he rises to the occasion to confess even more–that His master is not just risen Lord, but eternal God.

Thomas’ confession of Jesus’ divinity can be seen as the climax, the punch-line, of the entire Gospel of John, a fitting confirmation of its very first verse: “the Word was with God and the Word was God” (John 1:1). 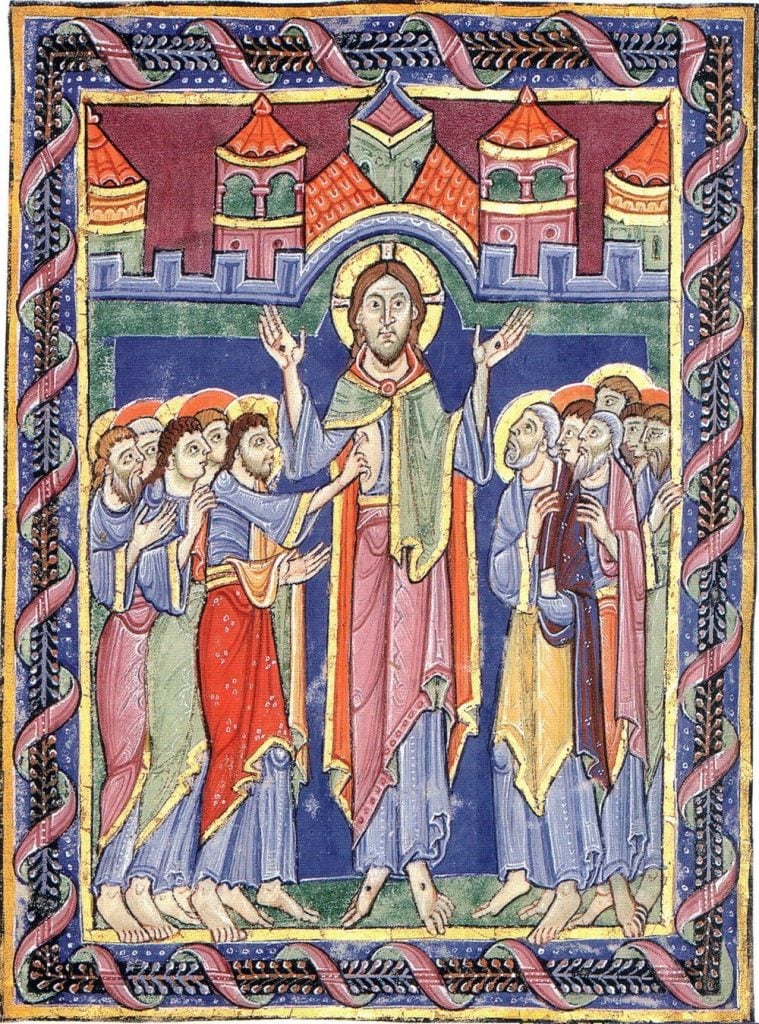 Doubting Thomas & the Power of Faith

Faith now has overcome fear. It will soon overcome the world.

It would take some time, mind you, for the mightiest empire the world had ever seen to fall to its knees in adoration. But eventually, brutal emperors dropped their pretensions, abandoned their pride, and confessed the very same faith as the new believer who would forevermore be known as Thomas the Doubter. In the words of the first letter of John, “the power that has conquered the world is this faith of ours (I Jn 5:4).

Faith has this sort of power because it is a supernatural gift. It was the Spirit that Jesus breathed on them that Easter afternoon that had empowered the ten to believe and become ambassadors of faith and mercy. Without that same Spirit, Thomas was powerless to believe. But once the breath of the Risen One unfroze his hard heart, Thomas too could experience the joy of faith and assume his God-appointed task to be one of the foundation stones of the new temple of God, the Church.

The Community of Believers

This temple, formed by living stones, was a compelling testimony indeed. The pagans are reported to have remarked “see how these Christians love one another.” For they were a community of people who appeared to have one heart and one mind (Acts 4:32-35). They even shared their material resources so that none would be in need. This unity flowed from their one faith.

Thomas was once known as the doubter. But he and his fellow doubters came to be called “the believers.”

That should give us hope. If we desire it, the Spirit will strengthen the drooping hands and weak knees of our own imperfect faith to make us effective ambassadors to a skeptical world.

For more resources for the Easter Season, Doubting Thomas and Divine Mercy Sunday, see the EASTER section of the Crossroads Initiative Library.

For more on the Doubt & Faith of the Apostle Thomas, see the ST. THOMAS Section of the Crossroads Initiative Library.