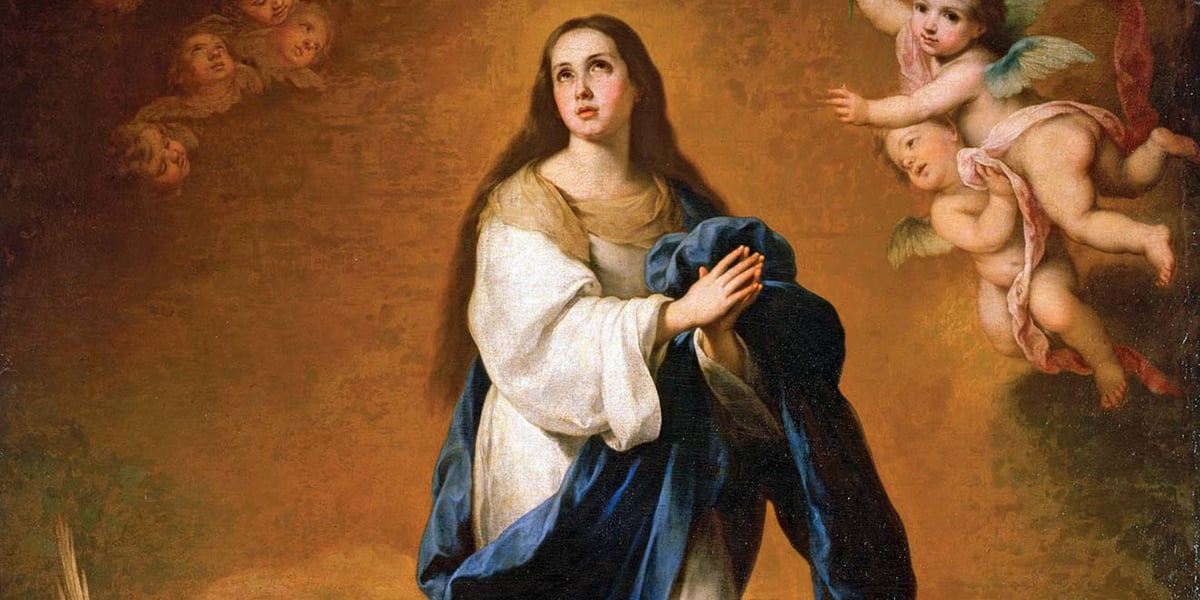 A ode to the Blessed Virgin,  mother of the re-created world, by St. Anselm, for the Solemnity of the Immaculate Conception of Mary, December 8.  The doctrine of the sinlessness of Mary from the moment of her conception was believed and taught in the church long before it was solemnly defined as a dogma of faith by Pope Pius IX in the mid 19th century.

Mary received her salvation as a pure gift of grace even before she could say yes to that grace. By way of anticipation, the fruit of her son’s death and resurrection was applied to her at the moment of her conception,  In this way she was spared both the guilt and damaging effects of original sin This was done by God in order to preserve and protect the holiness of the human nature of his divine Son which would be totally drawn from Mary’s human nature and then nurtured in her womb.

Blessed Lady, sky and stars, earth and rivers, day and night – everything that is subject to the power or use of man – rejoice that through you they are in some sense restored to their lost beauty and are endowed with inexpressible new grace.

All creatures were dead, as it were, useless for men or for the praise of God, who made them. The world, contrary to its true destiny, was corrupted and tainted by the acts of men who served idols. Now all creation has been restored to life and rejoices that it is controlled and given splendor by men who believe in God.

The universe rejoices with new and indefinable loveliness. Not only does it feel the unseen presence of God himself, its Creator, it sees him openly, working and making it holy. These great blessings spring from the blessed fruit of Mary’s womb. 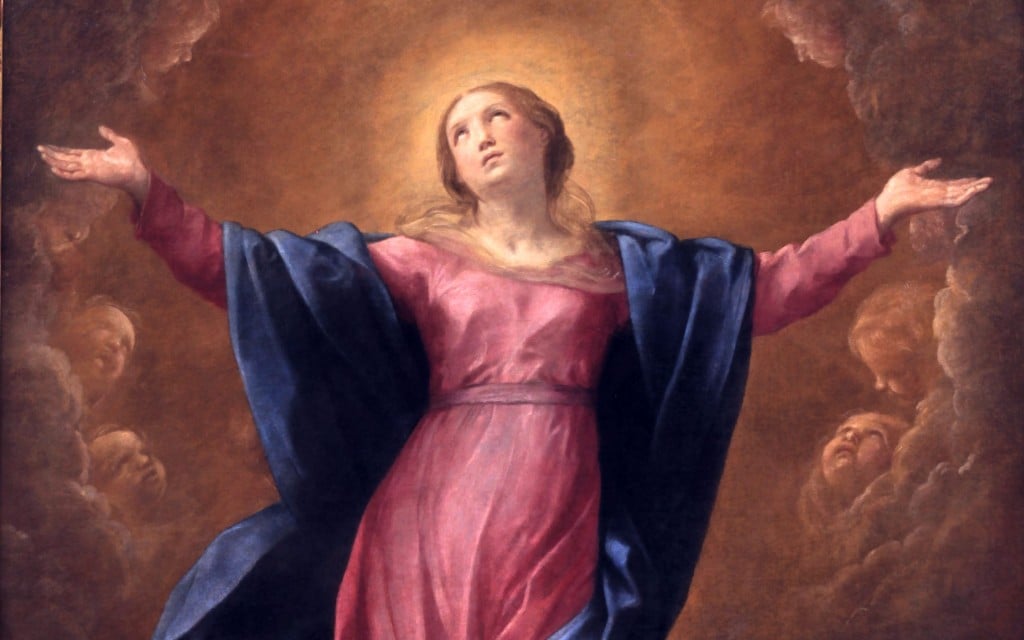 Above image Assumption of Mary by Guido Reni. Public domain.

Through the fullness of the grace that was given you, dead things rejoice in their freedom, and those in heaven are glad to be made new. Through the Son who was the glorious fruit of your virgin womb, just souls who died before his life-giving death rejoice as they are freed from captivity, and the angels are glad at the restoration of their shattered domain.

Lady, full and overflowing with grace, all creation receives new life from your abundance. Virgin, blessed above all creatures, through your blessing all creation is blessed, not only creation from its Creator, but the Creator himself has been blessed by creation.

To Mary God gave his only-begotten Son, whom he loved as himself. Through Mary God made himself a Son, not different but the same, by nature Son of God and Son of Mary. The whole universe was created by God, and God was born of Mary. God created all things, and Mary gave birth to God. The God who made all things gave himself form through Mary, and thus he made his own creation. He who could create all things from nothing would not remake his ruined creation without Mary.

Mary, Mother of the Re-created World

Truly the Lord is with you, to whom the Lord granted that all nature should owe as much to you as to himself.

This selection is an excerpt from a sermon of St. Anselm (Oratio 52; PL 158, 955-956).  It appears in the Roman Office of Readings for the Solemnity (Solemn Feast) of the Immaculate Conception of Mary, mother of the re-created world, on December 8.  The accompanying biblical reading is from Romans 5:12-20. .

Banner/featured image of The Assumption of the Blessed Virgin Mary by Bartolomé Esteban Murillo. Public domain.

St. Anselm was born around 1033 into the family of a Lombard landowner of Aosta, in the Piedmont regions of Northern Italy. In 1059 Anselm entered the monastic school of Bec in Normandy directed by Lanfranc, his fellow Northern Italian.

As nearly all monasteries in Western Europe, Bec followed the rule of St. Benedict, the father of western monasticism. Anselm became a monk a year later and, in 1063, he succeeded Lanfranc as prior. In 1078 Anselm rose to abbot of Bec and was ultimately appointed Archbishop of Canterbury in England in 1093.

In the history of theology, St. Anselm is accorded the distinction of being the first “scholastic” philosopher and theologian. Scholasticism is that theological movement in the Latin or Western Church which brought a rigorous application of logic to the reflection on the deposit of the faith. St. Anselm’s theological work is famous for his “ontological” proof for the existence of God outlined in his Monologion and Proslogion and his “satisfaction” theory of the atonement, outlined in his book Cur Deus Homo (“Why God became Man”). The latter can be recognized as the greatest contribution to the theology of the atonement (technically known as “soteriology”) in the Middle Ages.

St. Anselm, the greatest intellect in the Latin Church between St. Augustine (d. 430) and St. Thomas Aquinas (d. 1274) died in 1109 AD. In the 18th Century Pope Clement XI declared him a “Doctor of the Church.” Biography by Dr. Italy