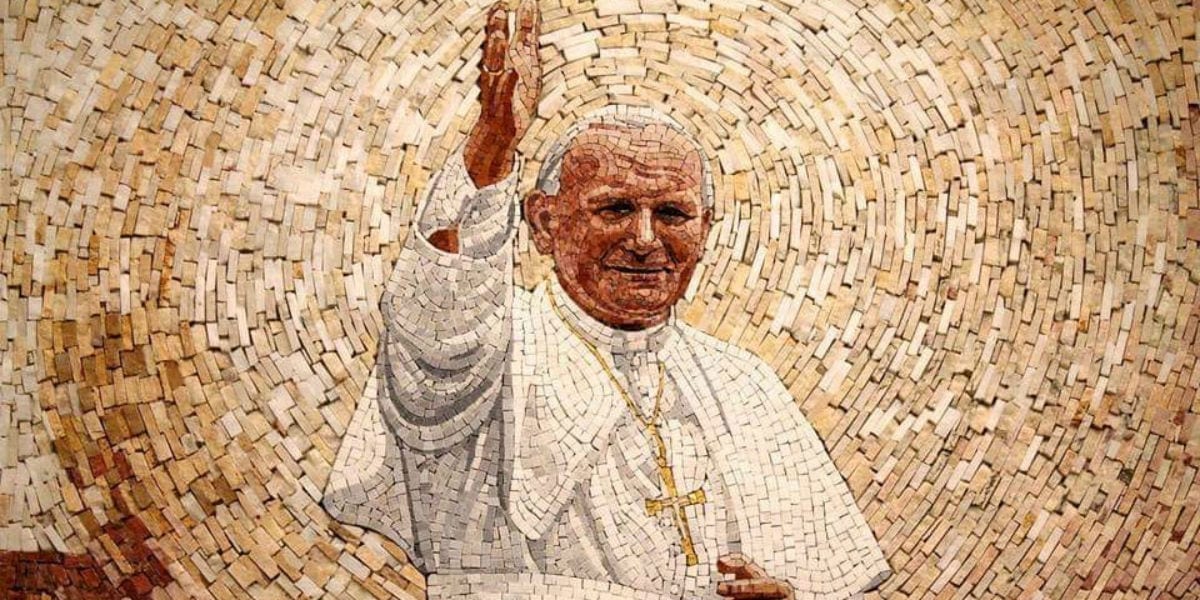 Personal Relationship to Jesus According to John Paul II

Many evangelical Christians have the impression that being a Catholic is all about performing set rituals, observing Church laws, holding certain doctrines. Perhaps some Catholics have given them just such an impression. Of course, a life of pure intellectual faith and outward observance is unworthy of the name Christian and Catholic. Here are some quotes from John Paul II demonstrating that Catholic Christianity is a matter of a personal, living relationship with our Lord and Savior, Jesus Christ – a relationship that is meant to grow ever deeper – Dr. Italy

The proclamation of the Word of God has Christian conversion as its aim: a complete and sincere adherence to Christ and his Gospel through faith. Conversion is a gift of God, a work of the Blessed Trinity. It is the Spirit who opens people’s hearts so that they can believe in Christ and ‘confess him’ (cf. 1 Cor 12:3); of those who draw near to him through faith Jesus says: ‘No one can come to me unless the Father who sent me draws him’ (Jn 6:44). From the outset, conversion is expressed in faith which is total and radical and which neither limits nor hinders God’s gift. At the same time, it gives rise to a dynamic and lifelong process which demands a continual turning away from ‘life according to the flesh’ to ‘life according to the Spirit’ (cf. Rom 8:3-13). Conversion means accepting, by a personal decision, the saving sovereignty of Christ and becoming his disciple.”

“Sometimes even Catholics have lost or never had the chance to experience Christ personally: not Christ as a mere ‘paradigm’ or ‘value’, but as the living Lord, ‘the way, and the truth, and the life’ (Jn 14:6).”

For more great Catholic resources on evangelization and a personal relationship with Jesus Christ, see the EVANGELIZATION section of the Crossroads Initiative Library.

Karol Wojtyla, otherwise known as Pope John Paul II, was certainly one of the most widely talented and broadly experienced men ever to have occupied the chair of St. Peter. Born in 1920 to a devout Polish family, Pope John Paul II endured the loss of his mother at age 9, the death of his only brother a few years later, and, amidst the horrors of the Nazi occupation, finally his beloved father. In the face of such tragedy, many would indulge in self-pity and would preoccupy themselves with self-preservation. Adversity had the opposite effect on Karol Wojtyla. He responded to it by deciding to give of himself still more generously. And so in his twenties, amidst forced labor in a quarry under the German conquerors, Karol entered a clandestine seminary and continued his studies under the oppression of the Communist “liberators.” Actor, athlete, philosopher, professor, pastor, and disciple, he became first a priest in 1946, then the youngest Polish auxiliary bishop of modern history (at age 38). It was in this capacity that the future Pope John Paul II traveled to Rome in 1962 to attend the first session of the Second Vatican Council. His holiness and brilliance being impossible to hide, he caught the eye of Pope Paul VI and was named Cardinal Archbishop of Cracow in 1967. Eleven years later, in October 1978, the world was stunned when he was elected the Successor of Peter, the first Polish Pope. In the history of the Papacy, no Pope has traveled more extensively or has written more profusely than Pope John Paul II. Only Pius IX and St. Peter himself pastored the universal church as long as he. While all previous popes of the twentieth century combined canonized 98 saints, Pope John Paul II himself canonized 464 saints during the course of his pontificate. Many have suggested that someday Pope John Paul’s name will be followed by “the Great,” an honor bestowed by popular acclamation upon only two prior popes, Popes St. Gregory I and St. Leo I. Biography by Dr. Italy