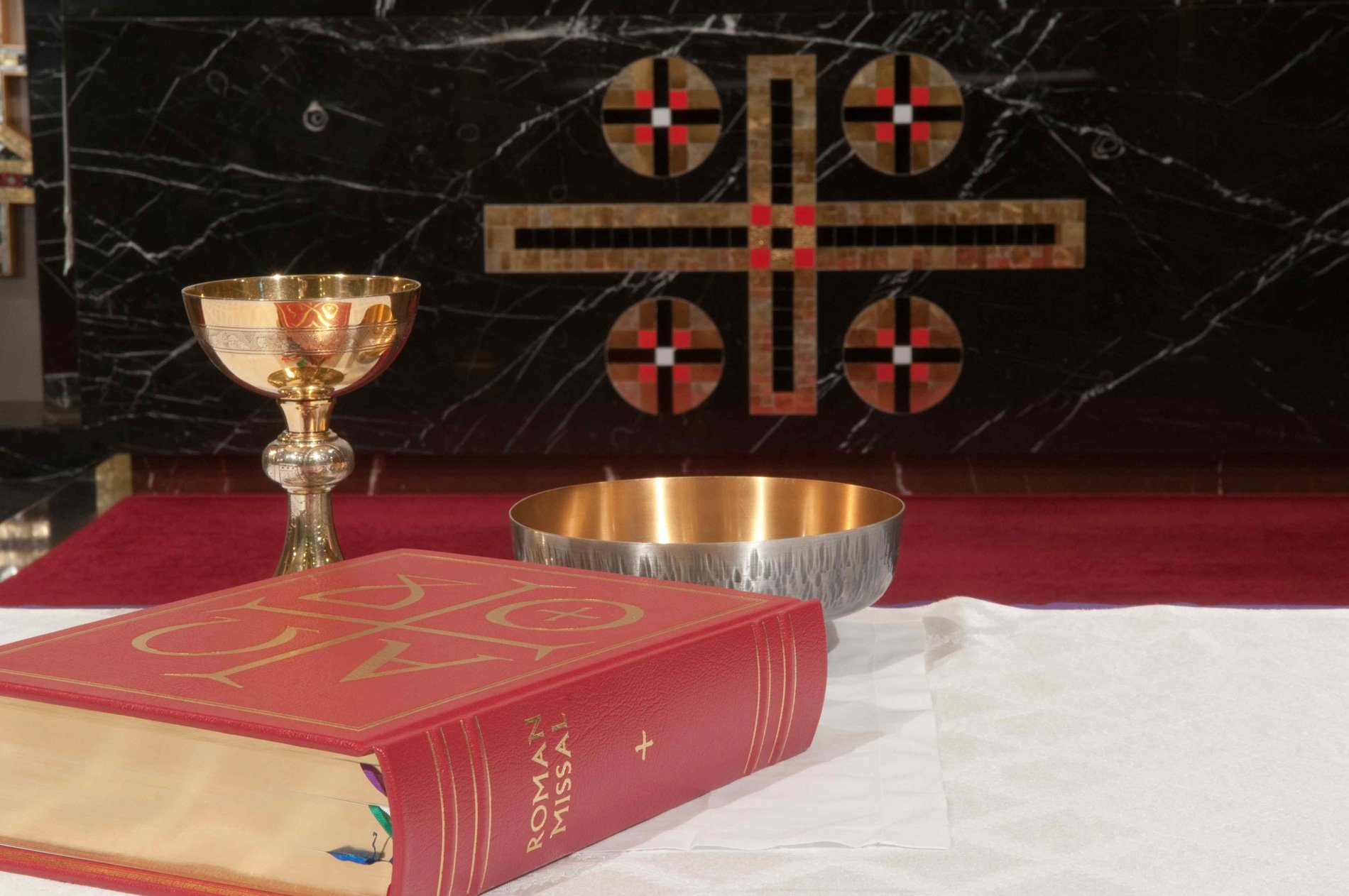 Pope John Paul II’s Homily Announcing the Year of the Eucharist, the Source and Summit

Corpus Christi: SOLEMNITY OF THE BODY AND BLOOD OF CHRIST
HOMILY OF JOHN PAUL II
Announcing the Year of the Eucharist,
The Source and Summit
Basilica of St John Lateran
Thursday, 10 June 2004

As often as you eat this bread and drink this cup, you proclaim the Lord’s death until he comes” (I Cor 11: 26).

With these words St Paul reminds the Christians of Corinth that the “Lord’s Supper” is not only a convivial meeting but also, and above all, the memorial of the redeeming sacrifice of Christ. Those who take part in it, the Apostle explains, are united with the mystery of the death of the Lord, and indeed, “proclaim” him.

Thus, there is a very close relationship between “building the Eucharist” and proclaiming Christ. At the same time, entering into communion with him in the memorial of Easter also means becoming missionaries of the event which that rite actualizes; in a certain sense, it means making it contemporary with every epoch, until the Lord comes again.

2. Dear brothers and sisters, we are reliving this wonderful reality in today’s Solemnity ofCorpus Christi, during which the Church does not only celebrate the Eucharist but solemnly bears it in procession, publicly proclaiming that the Sacrifice of Christ is for the salvation of the whole world.

Grateful for this immense gift, her members gather round the Blessed Sacrament, for that is the source and summit of her being and action. Ecclesia de Eucharistia vivit! The Church draws her life from the Eucharist and knows that this truth does not simply express a daily experience of faith, but recapitulates the heart of the mystery in which she consists (cf. Encyclical Letter Ecclesia de Eucaristia, n. 1).

3. Ever since Pentecost, when the Church, the People of the New Covenant, “began her pilgrim journey towards her heavenly homeland, the Divine Sacrament has continued to mark the passing of her days, filling them with confident hope” (ibid.). Thinking precisely of this, I wanted to dedicate the first Encyclical of the new millennium to the Eucharist and I am now pleased to announce a special Year of the Eucharist. It will begin with the World Eucharistic Congress, planned to take place from 10 to 17 October 2004 in Guadalajara, Mexico, and will end with the next Ordinary Assembly of the Synod of Bishops, that will be held in the Vatican from 2 to 29 October 2005 and whose theme will be: “The Eucharist: source and summit of the life and mission of the Church”.

Through the Eucharist, the Ecclesial Community is built up as a new Jerusalem, a principle of unity in Christ among different persons and peoples.

4. “You give them something to eat” (Lk 9: 13).
The Gospel passage we have just heard offers us a vivid image of the close bond that exists between the Eucharist and this universal mission of the Church. Christ, “the living bread which came down from heaven” (Jn 6: 51; cf. Gospel Acclamation), is the only onewho can appease the hunger of human beings of every time and in every corner of the earth.

However, he does not want to do this on his own, so he involves the disciples, as he did in the multiplication of the loaves: “Taking the five loaves and the two fish he looked up to heaven, and blessed and broke them, and gave them to the disciples to set before the crowd” (Lk 9: 16). This miraculous sign is the symbol of the greatest mystery of love which is renewed every day at Holy Mass: through the ordained ministers, Christ gives his Body and his Blood for the life of humanity. And all those who partake of his Banquet with dignity become living instruments of his presence of love, mercy and peace.

5. “Lauda, Sion, Salvatorem!… – Sion, praise the Saviour / your guide, your pastor / with hymns and canticles”.

With untold emotion, we hear this invitation to praise and joy echoing in our hearts. At the end of Holy Mass we will carry the Divine Sacrament in procession to the Basilica of St Mary Major. Looking at Mary, we will understand better the transforming power that the Eucharist possesses. Listening to her, we will find in the Eucharistic mystery the courage and energy to follow Christ, the Good Shepherd, and to serve him in the brethren.

This Corpus Christi homily by John Paul II announcing the Year of the Eucharist appears in the Papal Encylicals, Liturgy and Sacraments and the Eucharist sections of the Crossroads Library.