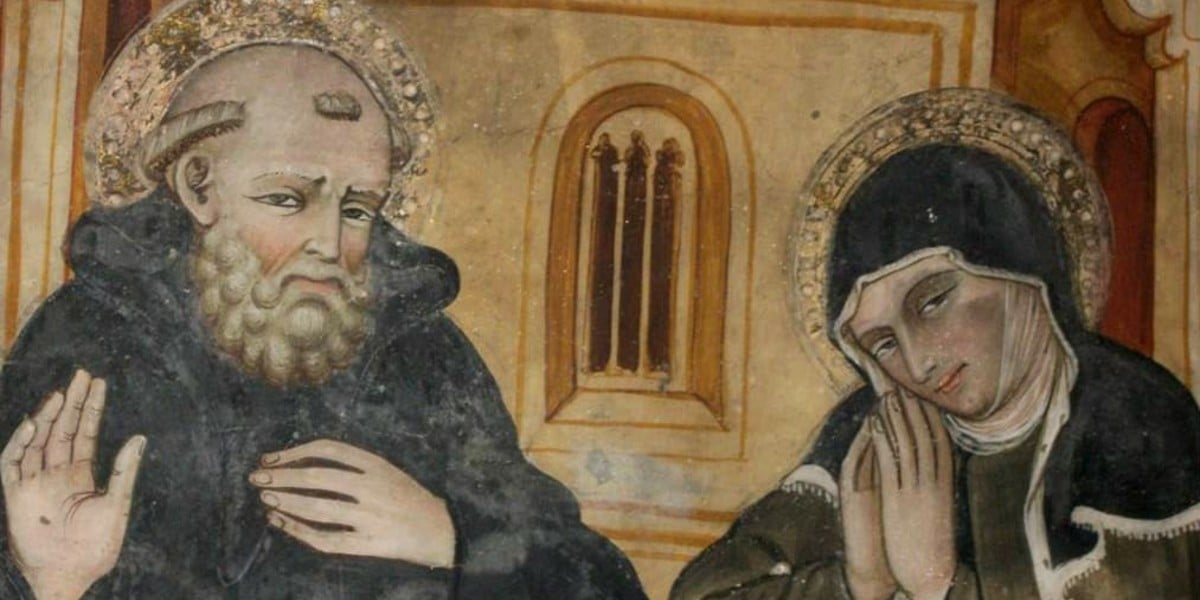 Gregory the Great here relates a famous story of a very special meeting between Scholastica and her brother, the great abbot Benedict.  St. Scholastica was born at Norcia (Nursia) Italy about the year 480. She vowed herself to seek God in religious life and followed her brother to Monte Cassino where she died around 547, three days after the story related below.  Her feast is February 10.

Scholastica, the sister of Saint Benedict, had been consecrated to God from her earliest years. She was accustomed to visiting her brother once a year. He would come down to meet her at a place on the monastery property, not far outside the gate.

One day she came as usual and her saintly brother went with some of his disciples; they spent the whole day praising God and talking of sacred things. As night fell they had supper together.

Their spiritual conversation went on and the hour grew late. The holy nun said to her brother: “Please do not leave me tonight; let us go on until morning talking about the delights of the spiritual life”. “Sister”, he replied, “what are you saying? I simply cannot stay outside my cell”. 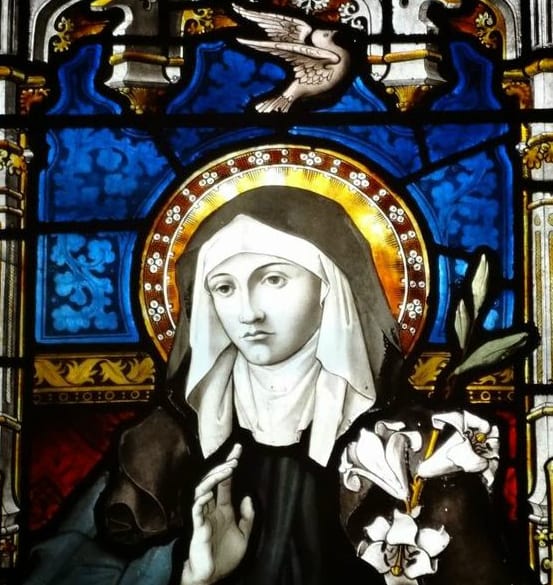 When she heard her brother refuse her request, the holy woman joined her hands on the table, laid her head on them and began to pray. As she raised her head from the table, there were such brilliant flashes of lightning, such great peals of thunder and such a heavy downpour of rain that neither Benedict nor his brethren could stir across the threshold of the place where they had been seated. Sadly he began to complain: “May God forgive you, sister. What have you done?” “Well”, she answered, “I asked you and you would not listen; so I asked my God and he did listen. So now go off, if you can, leave me and return to your monastery”.

Reluctant as he was to stay of his own will, he remained against his will. So it came about that they stayed awake the whole night, engrossed in their conversation about the spiritual life.

It is not surprising that she was more effective than he, since as John says, God is love, it was absolutely right that she could do more, as she loved more.

Three days later, Benedict was in his cell. Looking up to the sky, he saw his sister’s soul leave her body in the form of a dove, and fly up to the secret places of heaven. Rejoicing in her great glory, he thanked almighty God with hymns and words of praise. He then sent his brethren to bring her body to the monastery and lay it in the tomb he had prepared for himself.

Their minds had always been united in God; their bodies were to share a common grave.

This excerpt on the encounter of Sts. Benedict and Scholastica comes from the Dialogues of St. Gregory the Great (Lib. 2, 33; PL 66, 194-196).  It appears in  the Roman Office of Readings for the Benedictine Feast of St. Scholastica, sister of St. Benedict on February 10.