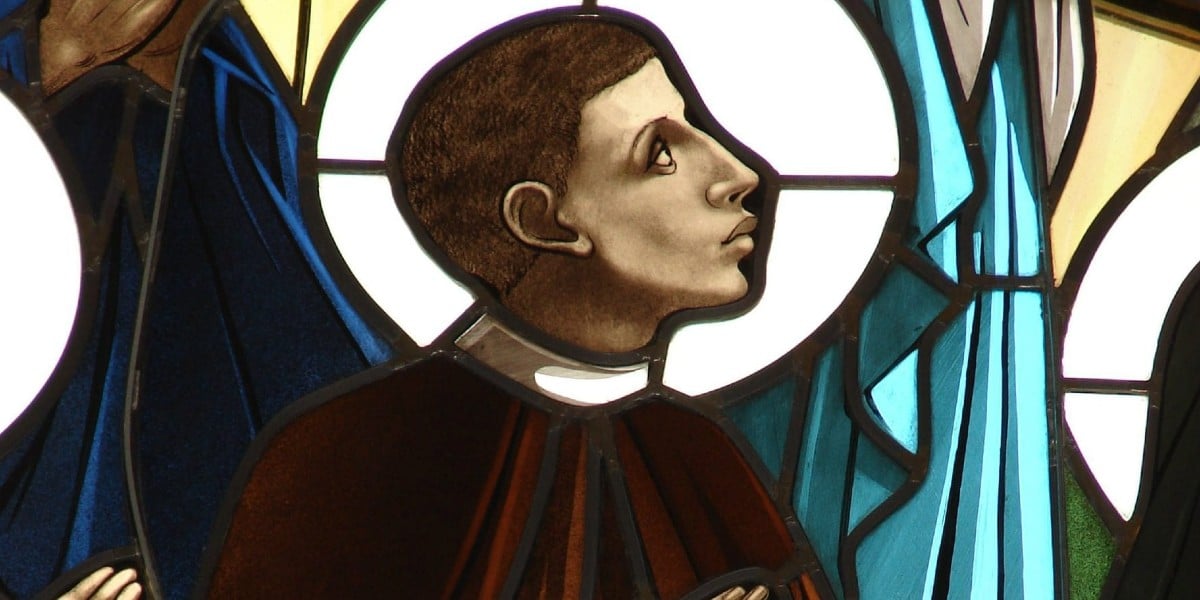 St. Martin de Porres was born in Lima, Peru in 1579 as the illegitimate son of a Panamanian mother and a Spanish father. Having inherited the dark color of his mother who was either Indian or black, he was rejected by his father and was reared therefore in poverty. He entered the Dominicans and became renowned for his countless works of charity. Martin was friends with another great Dominican Saint from Peru, St. Rose of Lima. He died in 1639 and was canonized by Pope John XXIII in 1962.  The following words come from the homily of Pope John XXIII given at St. Martin’s mass of canonization.

Martin de Porres’ love for the Cross and the Sacrament

When Martin had come to realize that Christ Jesus suffered for us and that he carried our sins on his body to the cross, he would meditate with remarkable ardor and affection about Christ on the cross.  Whenever he would contemplate Christ’s terrible torture he would be reduced to tears.  He had an exceptional love for the great sacrament of the Eucharist and often spent long hours in prayer before the blessed sacrament.  His desire was to receive the sacrament in communion as often as he could.

The Humility of the Saint

Saint Martin, always obedient and inspired by his divine teacher, dealt with his brothers with that profound love which comes from pure faith and humility of spirit.  He loved men because he honestly looked on them as God’s children and as his own brothers and sisters.  Such was his humility that he loved them even more than himself and considered them to be better and more righteous than he was.

He excused the faults of others. He forgave the bitterest injuries, convinced that he deserved much severer punishments on account of his own sins. He tried with all his might to redeem the guilty; lovingly he comforted the sick; he provided food, clothing and medicine for the poor; he helped, as best he could, farm laborers and Negroes, as well as mulattoes, who were looked upon at that time as akin to slaves: thus he deserved to be called by the name the people gave him: ‘Martin of Charity.'”

The virtuous example and even the conversation of this saintly man exerted a powerful influence in drawing men to religion.  It is remarkable how even today his influence can still come us toward the things of heaven.

Sad to say, not all of us understand these spiritual values as well as we should, nor do we give them a proper place in our lives.  Many of us, in fact, strongly attracted by sin, may look upon these values as of little moment, even something of a nuisance, or we ignore them altogether.  It is deeply rewarding for men striving for salvation to follow in Christ’s footsteps and to obey God’s commandments.  If only everyone could learn this lesson from the example that Martin gave us.

This excerpt is from the homily of Pope John XXIII on the occasion of the Canonization of Saint Martin de Porres (Die 6 Maii 1962: AAS 54 [1962], 306-309).  It appears in the Roman Office of Readings for the Feast of Dominican Friar and friend of St. Rose of Lima, Saint Martin de Porres, the apostle of the poor, on November 3.

Banner/featured image is of stained glass by an unknown artist in an unidentified church. Public domain.

Pope John XXIII, baptized Angelo Roncalli, was born into a peasant sharecropping family near Bergamo, in Northern Italy. He entered the seminary where his higher studies gave him expertise in Church history, especially in the period of the Reformation and Counter Reformation and in the writings of the Early Church Fathers. Yet during his seminary years, he kept in close touch with his peasant roots and spent summers working the fields with his brothers. The Holy See recognizing his ability to gain the trust of a wide variety of people and generate good will, called him to the Vatican diplomatic service, sending him to very challenging assignments in Greece, Turkey, Bulgaria, and finally France. Pius XII finally called him home to Italy and made him Cardinal Patriarch of Venice. In the conclave following the death of Pope Pius XII, Cardinal Roncalli was chosen to succeed him, taking the name of John XXIII. On January 25 of the following year, 1959, he announced his intentions to convoke the Second Vatican Council. After elaborate preparations, the council convened for its first session in fall of 1962, to the great pleasure of Pope John XXIII. Yet before the second session could meet in Fall of 1963, Pope John XXIII died, and was succeeded by Cardinal Montini, Archbishop of Milan, who took the name of Paul VI. The holiness of Pope John XXIII was clearly manifest in his benevolence and striking humility. His bestselling autobiography, The Journal of a Soul, details his spiritual growth from his seminary days to the final days of his life. Proclaimed Blessed by Pope John Paul II, Pope John XXIII was canonized by Pope Francis on April 27, Divine Mercy Sunday, 2014.  He now lies in the main sanctuary of St. Peter’s basilica, his body in-corrupt. Biography by Dr. Italy