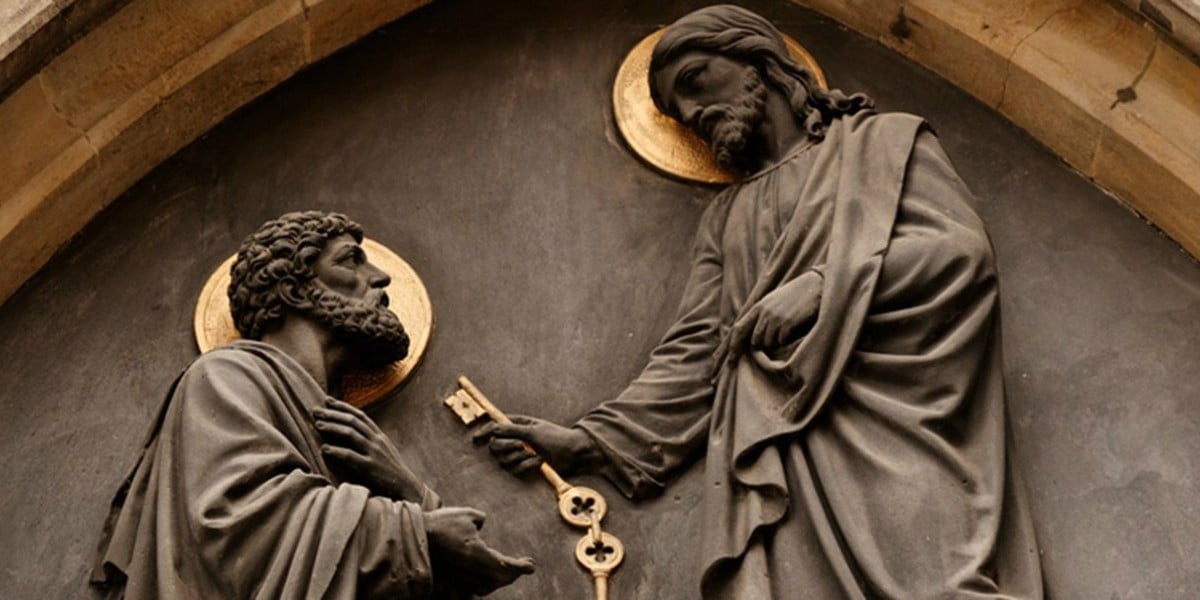 Peter, the Keys, and the Chair – Leo the Great

Leo the Great on the famous passage from Matthew 16 in which Jesus gives Cephas the new name of Peter, meaning rock, along with the keys to the kingdom of heaven.   It is read each year on the Feast of the Chair of Peter, February 22. This feast celebrating Peter’s special authority and ministry, symbolized by the chair of a teacher, was celebrated in Rome from at least the 4th century.

Out of the whole world one man, Peter, is chosen to preside at the calling of all nations, and to be set over all the apostles and all the fathers of the Church. Though there are in God’s people many shepherds, Peter is thus appointed to rule in his own person those whom Christ also rules as the original ruler.

Beloved, how great and wonderful is this sharing of his power that God in his goodness has given to this man. Whatever Christ has willed to be shared in common by Peter and the other leaders of the Church, it is only through Peter that he has given to others what he has not refused to bestow on them.

The Lord now asks the apostles as a whole what men think of him. As long as they are recounting the uncertainty born of human ignorance, their reply is always the same.  But when he presses the disciples to say what they think themselves, the first to confess his faith in the Lord is the one who is first in rank among the apostles.

Peter says: “You are the Christ, the Son of the living God.” Jesus replies: “Blessed are you, Simon Bar-Jona, for flesh and blood has not revealed it to you, but my Father who is in heaven.” You are blessed, he means, because my Father has taught you. You have not been deceived by earthly opinion, but have been enlightened by inspiration from heaven. It was not flesh and blood that pointed me out to you, but the one whose only-begotten Son I am.

He continues: And I say to you. In other words, as my Father has revealed to you my godhead, so I in my turn make known to you your pre-eminence. You are Peter: though I am the inviolable rock, the cornerstone that makes both one, the foundation apart from which no one can lay any other, yet you also are a rock, for you are given solidity by my strength, so that which is my very own because of my power is common between us through your participation. 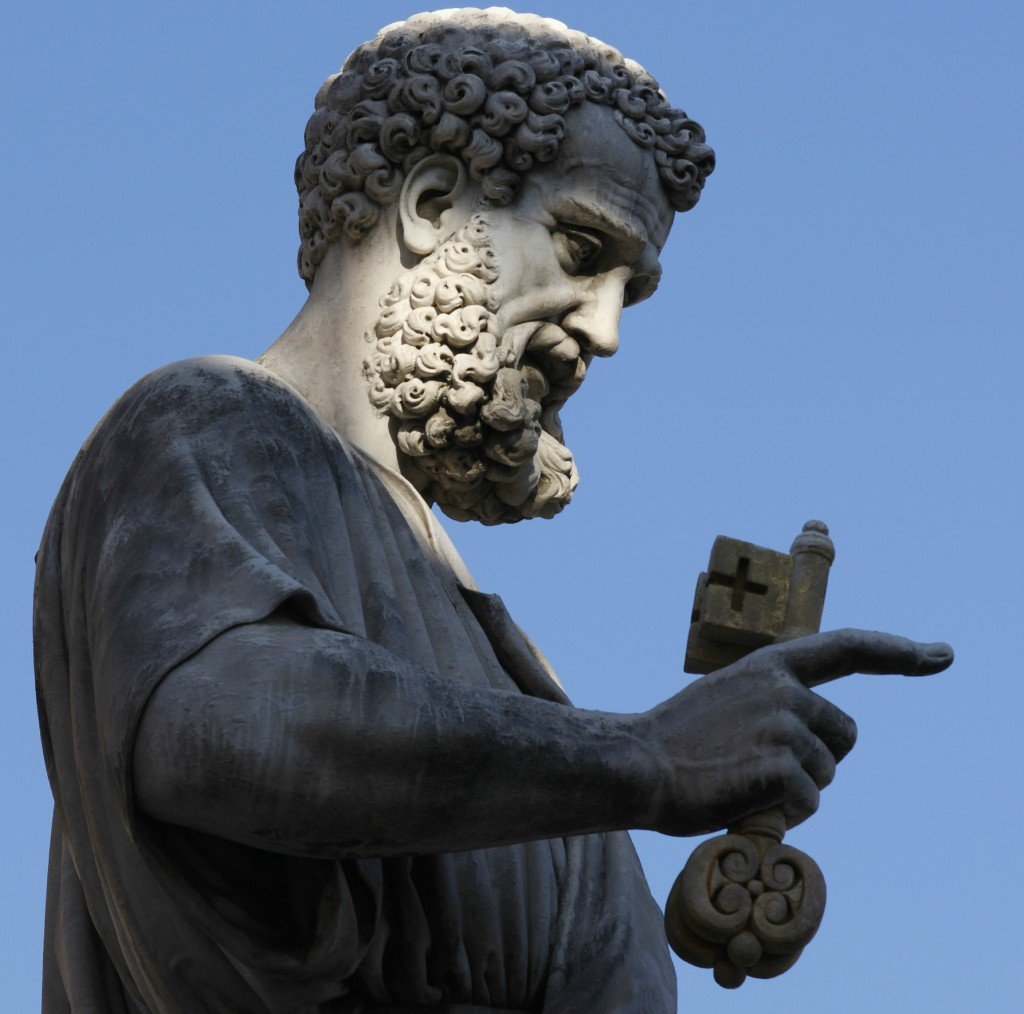 And upon this rock I will build my Church, and the gates of hell shall not prevail against it. On this strong foundation, he says, I will build an everlasting temple. The great height of my Church, which is to penetrate the heavens, shall rise on the firm foundation of this faith.

The gates of hell shall not silence this confession of faith; the chains of death shall not bind it. Its words are the words of life. As they lift up to heaven those who profess them, so they send down to hell those who contradict them.

The Keys of the Kingdom of Heaven

The authority vested in this power passed also to the other apostles, and the institution established by this decree has been continued in all the leaders of the Church. But it is not without good reason that what is bestowed on all is entrusted to one. For Peter received it separately in trust because he is the prototype set before all the rulers of the Church.

This is an excerpt from a sermon by Pope St. Leo the Great (Sermo 4 de natali ipsius, 2-3: PL 54, 149-151) on the chair or teaching authority of St. Peter.  It appears in  Roman Office of Readings for the Feast of the Chair of Peter on February 22. This liturgical celebration of Peter’s special authority over the universal Church is symbolized by keys and the chair of the teacher. Pope Leo’s sermon dates from the middle of the fifth century.

Banner image statue of St. Peter with the keys by an unknown artist. Public domain.