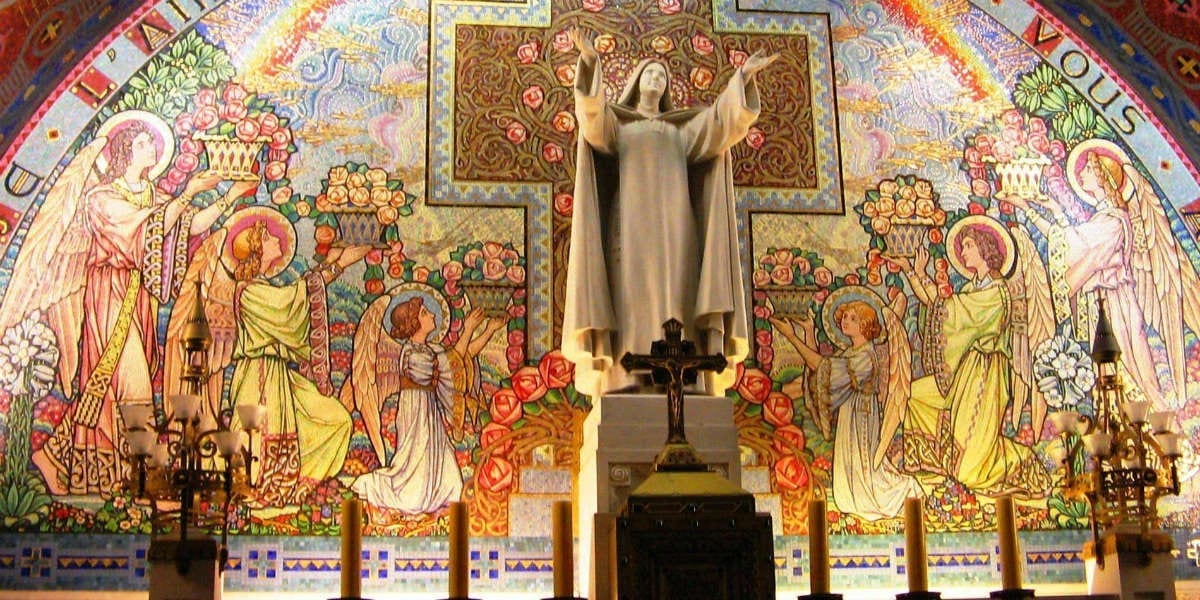 Cyril, speaking to new Christians in Jerusalem around AD 360, explains why the Church is called catholic.  The word “catholic” comes from the Greek word meaning “whole,” “entire,” or “all.” After explaining the meaning of catholic,  Cyril goes on to explain the meaning of the term Church which comes from the Greek words meaning “those called out.”

The Church is called Catholic or universal because it has spread throughout the entire world, from one end of the earth to the other.

The Meanings of Catholic

Again, it is called Catholic because it teaches fully and unfailingly all the doctrines which ought to be brought to men’s knowledge, whether concerned with visible or invisible things, with the realities of heaven or the things of earth.

Another reason for the name Catholic is that the Church brings under religious obedience all classes of men, rulers and subjects, learned and unlettered.

Finally, it deserves the title Catholic because it heals and cures unrestrictedly every type of sin that can be committed in soul or in body, and because it possesses within itself every kind of virtue that can be named, whether exercised in actions or in words or in some kind of spiritual charism.

Church – the Assembly Called Out

It is most aptly called a church, which means an “assembly of those called out,” because it “calls out” all men and gathers them together, just as the Lord says in Leviticus: Assemble all the congregation at the door of the tent of meeting.

It is worth noting also that the word “assemble” is used for the first time in the Scriptures at this moment when the Lord appoints Aaron high priest. So in Deuteronomy God says to Moses: Assemble the people before me and let them hear my words, so that they may learn to fear me. There is a further mention of the assembly in the passage about the tablets of the Law: And on them were written all the words which the Lord had spoken to you on the mountain out of the midst of the fire, on the day of the assembly; it is as though he had said, even more clearly, “on the day when you were called out by God and gathered together.” So too the psalmist says: I will give thanks to you in the great assembly, O Lord; in the mighty throng I will praise you.

Long ago the psalmist sang: Bless God in the assembly; bless the Lord, you who are Israel’s sons. But now the Savior has built a second holy assembly, our Christian Church, from the Gentiles. It was of this that he spoke to Peter: On this rock I will build my Church, and the powers of death shall not prevail against it.

The Household of God

Now that the single church which was in Judea has been rejected, the churches of Christ are already multiplying throughout the world, and of them it is said in the psalms: Sing a new song to the Lord, let his praise be sung in the assembly of the saints.

Taking up the same theme the prophet says to the Jews: I have no pleasure in you, says the Lord of hosts; and immediately he adds: For from the rising of the sun to its setting my name is glorified among the nations (Mal 1:11).

Of this holy Catholic Church Paul writes to Timothy: That you may know how one ought to behave in the household of God, which is the Church of the living God, the pillar and bulwark of the truth.

This reading on the church catholic is an excerpt from St. Cyril of Jerusalem’s famous Jerusalem Catecheses (Cat. 18, 23-25: PG 33, 1043-1047).  It explains why the Church is called “catholic.”   It appears in the Roman Office of Readings for Wednesday of the 17th week in ordinary time.