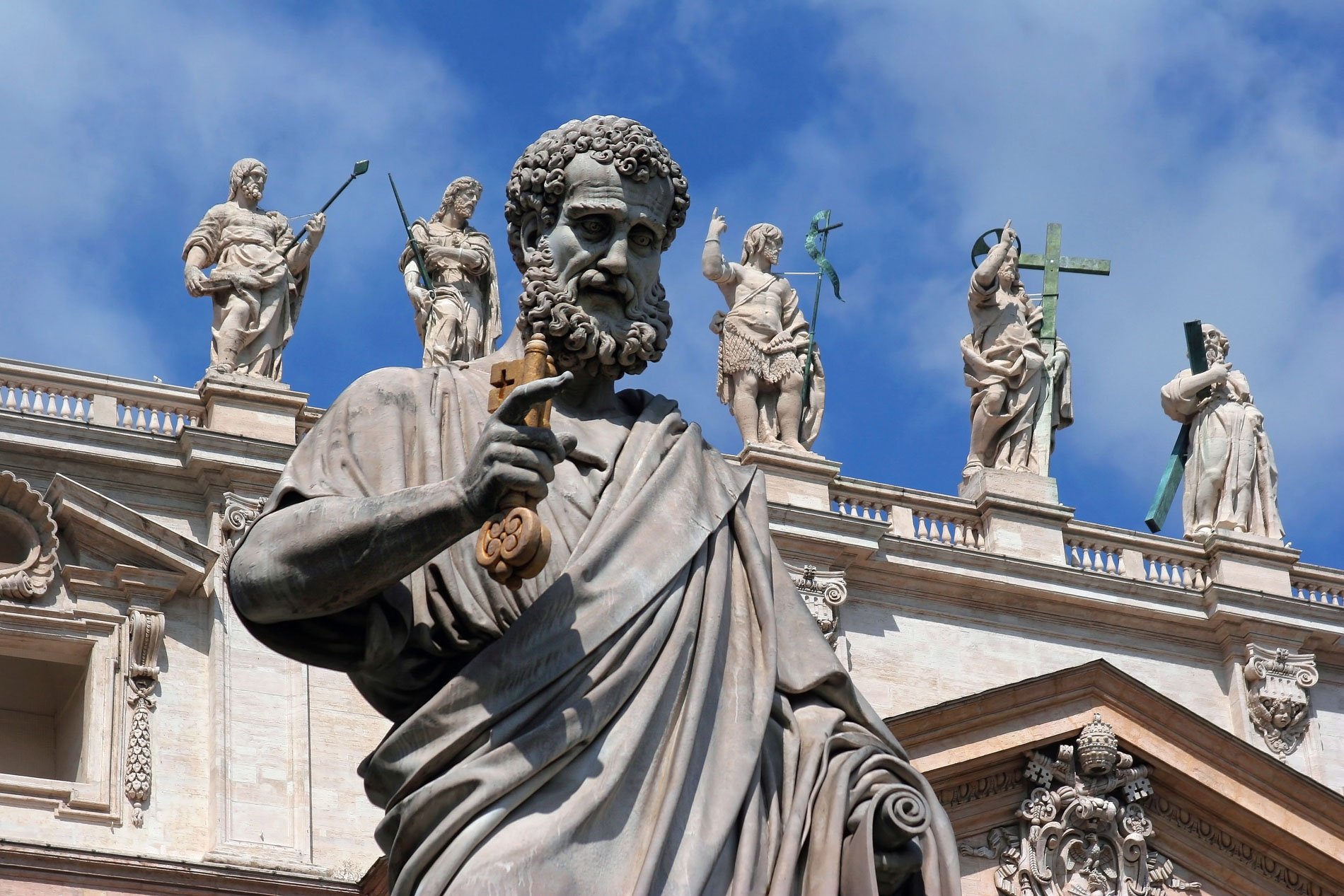 St. Robert Bellarmine here enumerates 15 marks or characteristics of the one, holy Catholic Church of Jesus Christ which expands upon the four notes of the Church as found in the Nicene Creed: unity, catholicity, holiness and its apostolic foundation.

D eveloped by St. Robert Bellarmine,1542-1621, Doctor of the Church, these are fifteen marks or characteristics of the true Church of Jesus Christ:

1. The Church’s Name, Catholic, universal, and world wide, and not confined to any particular nation or people.

2. Antiquity, in tracing her ancestry directly to Jesus Christ.

3. Constant Duration, in lasting substantially unchanged for so many centuries.

4. Extensiveness, in the number of her loyal members.

5. Episcopal Succession, of her Bishops from the first Apostles at the Last Supper to the present hierarchy.

6. Doctrinal Agreement, of her doctrine with the teaching of the ancient Church.

7. Union, of her members among themselves, and with their visible head, the Roman Pontiff.

8. Holiness, of doctrine in reflecting the sanctity of GOD.

9. Efficacy, of doctrine in its power to sanctify believers, and inspire them to great moral achievement.

10. Holiness of Life, of the Church’s representative writers and defenders.

11. The glory of Miracles, worked in the Church and under the Church’s auspices.

12. The gift of Prophecy found among the Church’s saints and spokesmen.

13. The Opposition that the Church arouses among those who attack her on the very grounds that Christ was opposed by His enemies.

14. The Unhappy End, of those who fight against her.

15. The Temporal Peace and Earthly Happiness of those who live by the Church’s teaching and defend her interests.

This list of the 15 Marks of the Catholic Church is an excerpt from the book by St. Robert Bellarmine De Notae Ecclesiae, De Controversiis Volume II book IV of his masterwork, De Ecclesiae, originally published in Latin in 1588.  For an English Translation by Ryan Grant see On the Marks of the Church (Lulu.com, 2015).

For more on the marks of the Church, see the CHURCH Section of the Crossroads Initiative Library.

For a free PDF copy of an English translation of Bellarmine’s class, download De Controversiis.

St. Roberts Bellarmine was baptized Roberto Francesco Romolo Bellarmino in his hometown of Montepulciano in Tuscany in 1542. In 1560 he entered the Jesuit’s Roman College and joined the Society of Jesus, being ordained priest in 1570. He was sent to the Catholic University Louvain Belgium in 1570 where he quickly gained a reputation for learning and eloquence. St. Robert moved back to Rome in 1576 where he became professor of controversial theology at the newly founded ‘Collegium Romanum’. He was created cardinal in 1599 and from 1602 to 1605 was Archbishop of Capua. His later years were spent in the composition of works of spirituality. The life of St. Robert Bellarmine coincided with the Catholic Reformation, sometimes called the “Counter-Reformation,” which immediately followed the ecumenical Council of Trent. As a result, St. Robert’s work was largely devoted to scholarship and controversial theology. He proved himself a vigorous and successful opponent of the Protestants, whom he sought to win over to the Catholic position by reason and argument. Even the Protestant King James I of England engaged in controversy with him. His chief work was the Disputationes de Controversiis Christianae Fidei adversus hujus temporis Haereticos (3 vols., Ingolstadt, 1586-93), a systematic and clear apologia for the Roman Catholic position. He also took a prominent part in the production of the revised edition of the Vulgate, known as the Sixto-Clementine, in 1592. As regards to the Papacy, he supported Paul V in his struggle against Venice and defended the concept of the temporal authority of the Pope, though saw this power as indirect and limited. The reasonableness and fairness of this great post-Tridentine theologian is demonstrated by his sympathetic interest in Galileo and his scientific views that were harshly rejected as unbiblical by other Roman theologians of the day. St. Robert Bellarmine was canonized in 1930 and declared to be a Doctor of the Church in 1931. His feast day in the Roman calendar is September 17th (formerly 13 May). Biography by Dr. Italy