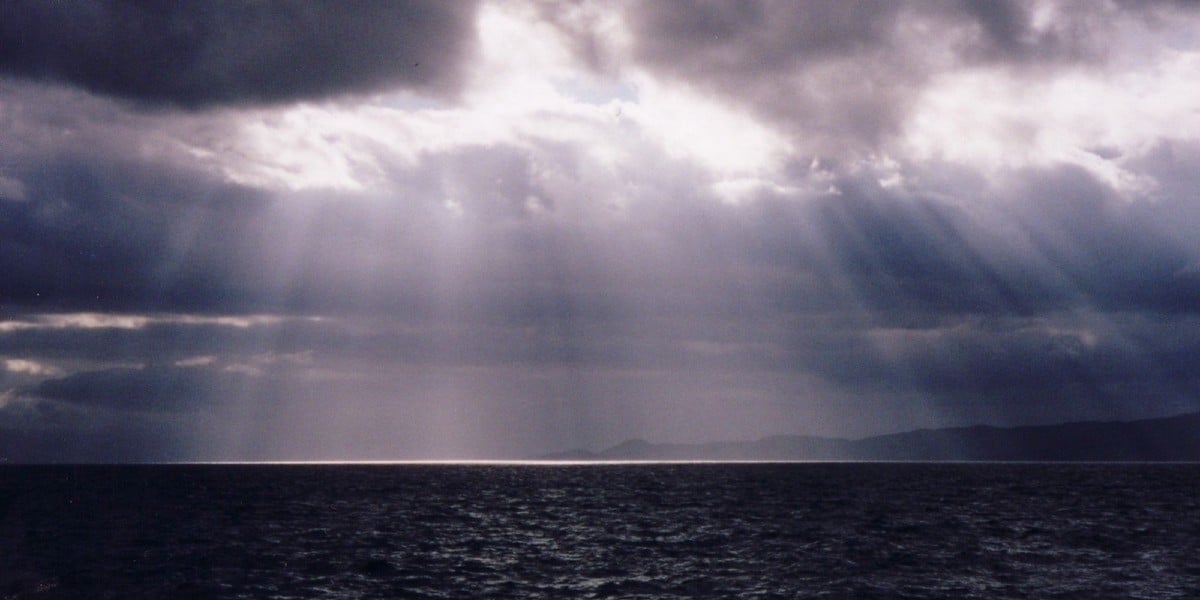 The Calming of the Storm and the Socratic Method

Home > Seasons  > Year B  > Ordinary Time B  > 12th Sunday Ordinary B  > The Calming of the Storm and the Socratic Method
Dr. Marcellino D'Ambrosio

One of the most famous bible stories of all time is Jesus calming the storm on the Sea of Galilee.  Mark, the evangelist, uses the story to ask the reader a question that elicits a clear answer on the identity of Christ.  This approach is often called the Socratic method.  Reflection on the gospel for the 12th Sunday in ordinary time, cycle B.

Have you ever had a teacher who drones on and on?  Fact upon fact, argument upon argument.  The teacher’s mistake is that he or she is providing a long and complicated answer to a question that hadn’t even occurred to you, a question you’re not really curious about.  So the next day, you’ve forgotten the facts, the argument, and even the point.

On the other hand, have you ever had a teacher who intrigues you with a fascinating question that really makes you think?  You strain your brain and–voila!  You figure it out for yourself.  You put the pieces together and see a clear picture.  And you never forget it.

This is often called the Socratic Method, but it was not unique to Socrates.  It is often the way Middle Eastern teachers, including the authors of the Bible, do their thing.

Take, for example,  the famous story of Jesus calming the storm from the Gospel of Mark.

A valley through the mountains acts like a bellows, suddenly turning the Sea of Galilee into a frothy cauldron.  Jesus and company are in the middle of the lake, and the disciples fear for their lives.  They wake up their snoozing leader in a panic.  He does not tell them to start bailing out the boat or to put on their life jackets.  He does not pray to God to calm the storm, as Elijah prayed for an end to the drought (I Kings 18-19).  No, Jesus barks out a command: “Be still.”  Immediately, the storm responds.

As one would expect, the disciples are stunned.   Awestruck, they keep asking each other the same question: “Who can this be that the wind and the sea obey him?”

Here’s the Holy Spirit using the Socratic Method.  He could have just inspired Mark to write “Jesus Christ is God from God, light, true God from true God” as the council of Nicaea confessed three hundred years later.  Or He could have inspired Mark just to spell it out this way: “Jesus was no mere prophet, because none of the prophets, even Moses and Elijah, had this kind of power of command over nature.  Only God has that kind of power to alter nature by a simple word of command (Genesis 1).”

But no, the Holy Spirit, good teacher that he is, prefers to use the words of the disciples to lodge a question in our minds that, like an itch, provokes us to dig through other Scriptures like Job and Psalm 107, use a bit of common sense, and come up with the obvious answer to the question.

Only the Creator can Calm the Storm

Somehow, however, the obvious answer seems to have escaped some people.  Like the founder of the Jehovah’s Witnesses, for example, who taught that Jesus is just a man. Or the author of the Da Vinci Code, who appears to be of the same opinion.

Evidently these folks also missed what Paul was trying to say in 2 Corinthians 5. Christ, in dying for all, let loose a power enabling those he died for to become new people and live a new sort of life, a life no longer motivated by selfishness but by divine charity.  Because of this, he says, we no longer regard Christ by mere human judgment, looking at him as if he were just any other human being.  Anyone who is in Christ is a new creation.

The “old” creation was wonderful enough, and can only have been created by God.  If the new creation is even more magnificent, doesn’t that say something about Jesus, its Creator?

For a podcast on the Sea of Galilee and what it is like to sail on it today, listen to CROSSING THE SEA OF GALILEE by Dr. Italy.

Banner/featured image of the calm after a storm on a lake by Betty Miller on FreeImages. Public domain.