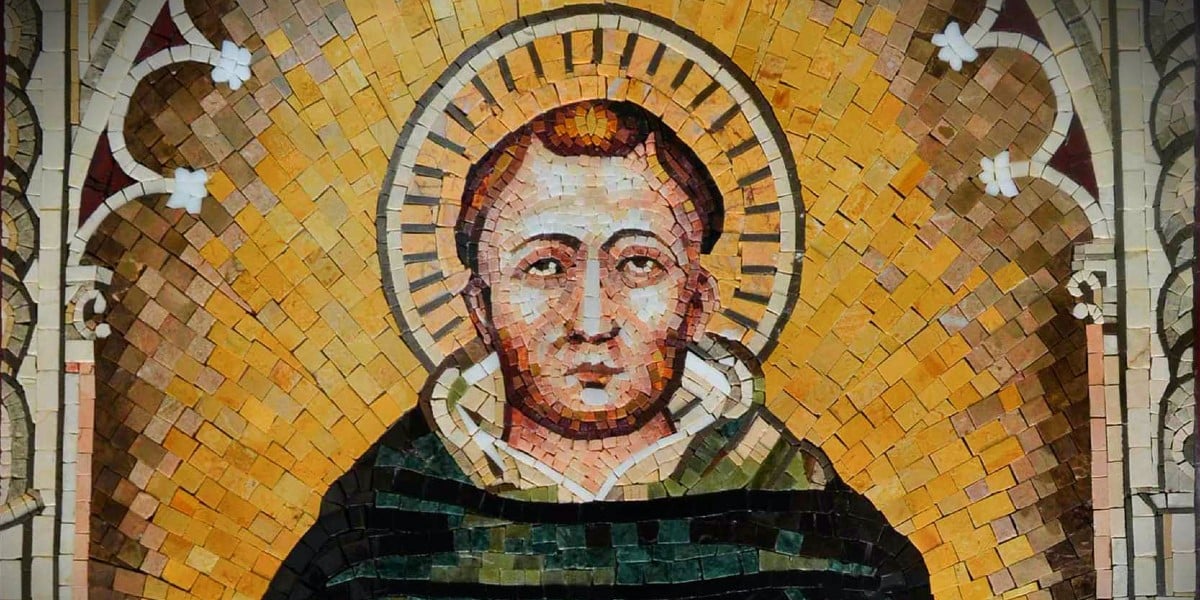 Thomas Aquinas, one of the greatest theologians in the history of the church, here focuses on the passion of Jesus Christ not only to redeem us but also to teach us.  Indeed, the cross exemplifies every virtue and teaches us all we have to know about Christian discipleship.  For the Feast of St. Thomas on January 28.

Why did the Son of God have to suffer for us? There was a great need, and it can be considered in a twofold way: in the first place, as a remedy for sin, and secondly, as an example of how to act.

Cross, a Remedy for Sin

It is a remedy, for, in the face of all the evils which we incur on account of our sins, we have found relief through the passion of Christ. Yet, it is no less an example, for the passion of Christ completely suffices to fashion our lives. Whoever wishes to live perfectly should do nothing but disdain what Christ disdained on the cross and desire what he desired, for the cross exemplifies every virtue. 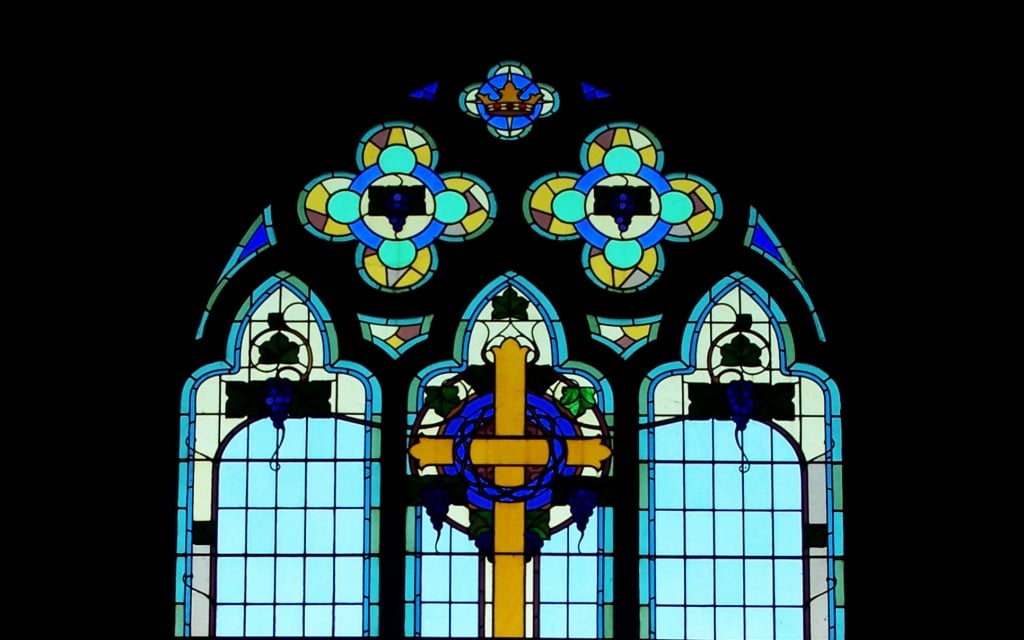 Image of the cross in stained glass by an unknown artist in an unknown church. Public domain.

The Cross Exemplifies Every Virtue

If you seek the example of love: Greater love than this no man has, than to lay down his life for his friends. Such a man was Christ on the cross. And if he gave his life for us, then it should not be difficult to bear whatever hardships arise for his sake.

If you seek patience, you will find no better example than the cross. Great patience occurs in two ways: either when one patiently suffers much, or when one suffers things which one is able to avoid and yet does not avoid. Christ endured much on the cross, and did so patiently, because when he suffered he did not threaten; he was led like a sheep to the slaughter and he did not open his mouth. Therefore Christ’s patience on the cross was great. In patience let us run for the prize set before us, looking upon Jesus, the author and perfecter of our faith who, for the joy set before him, bore his cross and despised the shame.

If you seek an example of humility, look upon the crucified one, for God wished to be judged by Pontius Pilate and to die.

If you seek an example of despising earthly things, follow him who is the King of kings and the Lord of lords, in whom are hidden all the treasures of wisdom and knowledge. Upon the cross he was stripped, mocked, spat upon, struck, crowned with thorns, and given only vinegar and gall to drink.

Do not be attached, therefore, to clothing and riches, because they divided my garments among themselves. Nor to honors, for he experienced harsh words and scourgings. Nor to greatness of rank, for weaving a crown of thorns they placed it on my head. Nor to anything delightful, for in my thirst they gave me vinegar to drink.

This post on the suffering, passion and cross of Christ is an excerpt from a conference given by St. Thomas Aquinas (Colatio 6 super Credo in Deum).  It appears in the Roman Catholic Office of Readings for the liturgical memorial (feast) of St. Thomas Aquinas on January 28.

For more on the suffering and Cross of Christ, see the PASSION Section of the Crossroads Initiative Lenten Library.

Banner/featured image is a mosaic of St. Thomas Aquinas by an unknown artist. Public domain.