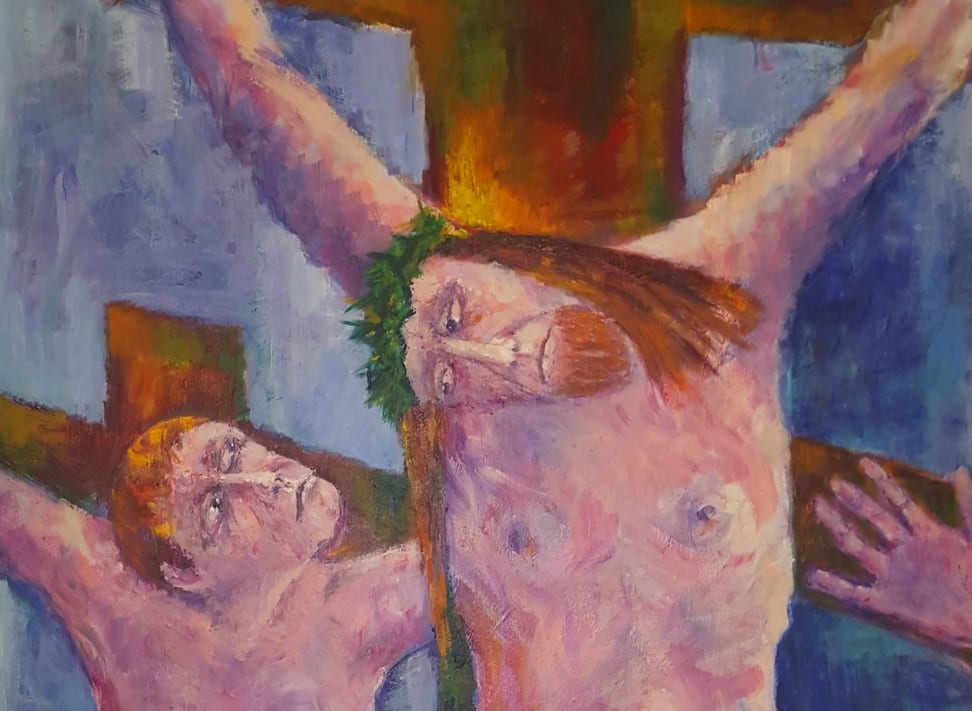 Cyril of Jerusalem on two kinds of faith, as taught by the Bible.  There is the belief necessary for salvation which is a gift offered to all.  Then there is the extraordinary grace of confidence that is likened to a mustard seed.  This second kind of faith that moves mountains is a charism, a supernatural gift of the Holy Spirit.  Originally addressed to new Christians in Jerusalem preparing for baptism ca 360 AD.

The one word “faith” can have two meanings. One kind of faith concerns doctrines. It involves the soul’s ascent to and acceptance of some particular matter. It also concerns the soul’s good according to the words of the Lord: Whoever hears my voice and believes in him who sent me has eternal life, and will not come to be judged. And again: He who believes in the Son is not condemned, but has passed from death to life [John 5:24].

Faith that accepts Salvation as a free Gift

How great is God’s love for men! Some good men have been found pleasing to God because of years of work. What they achieved by working for many hours at a task pleasing to God is freely given to you by Jesus in one short hour. For if you believe that Jesus Christ is Lord and that God raised him from the dead, you will be saved and taken up to paradise by him, just as he brought the thief there. Do not doubt that this is possible. After all, he saved the thief on the holy hill of Golgotha because of one hour’s faith; will he not save you too since you have believed?

A Special Grace of the Holy Spirit

Now this kind of faith, given by the Spirit as a special favor, is not confined to doctrinal matters, for it produces effects beyond any human capability. If a man who has this faith says to this mountain move from here to there, it will move [Mat 17:20]. For when anybody says this in faith, believing it will happen and having no doubt in his heart, he then receives that grace.

It is of this kind of faith, moreover, that it is said: If you have faith like a grain of mustard seed.  The mustard seed is small in size but it holds an explosive force; although it is sown in a small hole, it produces great branches, and when it is grown birds can nest there.

In the same way faith produces great effects in the soul instantaneously. Enlightened by faith, the soul pictures God and sees him as clearly as any soul can. It circles the earth; even before the end of this world it sees the judgement and the conferring of promised rewards. So may you have the faith which depends on you and is directed to God, that you may receive from him that faith too which transcends man’s capacity.

For more on the nature of faith, see the DISCIPLESHIP SECTION of the Crossroads Initiative Library.

This excerpt from St. Cyril of Jerusalem’s catechetical instructions (Cat.5, De fide et symbolo, 10-11; PG 33, 518-519) discusses two kinds of belief.  It appears  in the Roman Office of Readings for Wednesday of the 31st week in Ordinary Time.   The accompanying biblical reading taken from 1 Maccabees 3:1-26.  The catechetical lectures of St. Cyril were originally given in the Church of the Holy Sepulcher in Jerusalem to catechumens preparing for baptism at Easter.