Vatican II & the Word of God Part 1: Faith as a Dialogue of Love

According to Vatican II’s Constitution Dei Verbum, the Catholic Faith is not a matter of ideology but relationship.  God’s revelation to us and our response to him in faith is a dynamic dialogue of love.

In 1958, a congenial old man was elected to the chair of Peter with the expectation that he would be a caretaker pope, someone would keep the ship steady while the cardinals identified a more dynamic, long-term leader.

That smiling old man stunned the world a few months later when he revealed his intention to convene the first ecumenical council in 100 years.  And so a few years later they came to Rome, two thousand bishops from all over the world plus an army of advisers, for four years of intense prayer and deliberation over the state of the Church in the modern World.

So why did Pope John XXIII risk upsetting the apple cart?  Because he saw a world that had fallen away not just from the Catholic Church but also from Christian faith.

Europe, once the centre of Christian civilisation, was now a mission field.   The whole world needed to hear a fresh, effective proclamation of the gospel.  Yet John XXIII realised that Christianity was divided and in terrible shape to offer a compelling witness to the world.  Thus, prompted by the Spirit, Pope John decided to convene a council to chart a course towards greater unity and more effective evangelization.

Back to the Sources!

For this to happen the Pope realised that the Catholic Church had to be reacquainted with the sources of its own faith – with the fountains of grace that provided the Church with its life and spiritual power.  This was to be brought about through renewal of the Church’s sacramental life plus a biblical renewal leading to a greater understanding and more effective use of the Scriptures, the written Word of God.

Although it is very short – only about 16 pages – The Dogmatic Constitution on Divine Revelation (called for short Dei Verbum, meaning the word of God) is one of the greatest achievements of the Council.  Published in 1965, this document explains the Church’s understanding of how God’s revelation comes to us through the living Word of God in order to instruct, challenge, nourish and transform us.  All the other documents of the Council presuppose the insights of this pivotal document, since they all thoroughly base their teaching on Scripture.

Dei Verbum and the Gospel

Dei Verbum was written as to help ordinary people – Catholics, Protestants and even unbelievers – to understand the basic Christian message.  To ensure that as many people as possible would read them, the Council documents were deliberately written in language that ordinary, educated lay persons could understand. In fact some early rough drafts of the council were thrown out because many of the bishops considered the language too technical.  I encourage everyone to get their hands on a copy of these documents. Every Christian, whether Catholic or not ought to know and understand something about this Council’s landmark teaching. (download them from the Vatican web site)

The opening paragraph of Dei Verbum, however, clearly reveals how evangelical the Catholic Church really is:  “Hearing the Word of God with reverence and proclaiming it with Faith, the Sacred Council assents to the words of  St John who says, “we proclaim to you the eternal life which was with the Father and was manifest to us – that which we have seen and heard we proclaim also to you, so that you may have fellowship with us and our fellowship is with the Father, and with his Son Jesus Christ.”(1 Jn:2-3)”

The whole reason for the proclamation of the Word, declares Dei Verbum, is to bring people into a living relationship with Jesus Christ, with His Father and the Holy Spirit.

“Following then in the steps of the Councils of Trent and Vatican I, this Council wishes to set forth the true doctrine on Divine Revelation and its transmission.”   Why was the document written, why was the Council called?  Here is its purpose, the mission statement of the Council – “For it wants the whole world to hear the summons to salvation, so that through hearing it may believe, through belief it may hope, through hope it may come to love.”(DV 1) That’s the goal – to bring everybody to faith, hope, and love.  In other words, that everyone might enter into a living relationship with Jesus as Lord and Saviour, God as loving Father, and the Holy Spirit as the one who empowers and sanctifies.

Faith is about relationship

A lot of Catholics were raised in the old days of the question and answer catechism. Although it wasn’t the intention of the Church, somehow people got the idea from such books that Catholicism was essentially a set of tenets to which Catholics were to subscribe, like a philosophy or the platform of a political party.  But Catholicism is not an ideology but a relationship. What the Dei Verbum makes clear is that the whole purpose of God revealing himself to us is not simply to give us information about Himself but to make it possible for us get acquainted with who He really is.  Revelation’s goal is that we may not just know about him but rather intimately know Him. 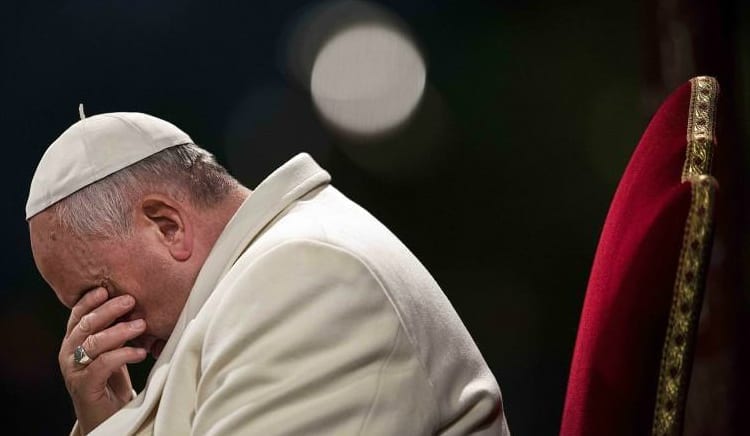 We can come to know about the existence of God through looking at nature and realising that it must be the work of a master Designer (DV 6).  But looking at a beautiful sunset will not reveal to us the inner life of God as a communion of love between three persons.  Why does God reveal to us who he really is?  Because he wants to give Himself to us and invite us to give ourselves to Him.  The Council wanted to emphasize that God calls us into life-changing intimacy with him. Our response to this revelation of His is called Faith. And this means not just a “yes I believe in these ideas” but “yes I accept you and give myself to you.”

Faith – to believe is to give one’s heart

Interestingly the English verb for making the act of faith, to “believe,” comes from the Anglo-Saxon verb for “love”. In the Latin, the verb “to believe” is “credere,” This comes from two words in Latin –  “cor” and “dare” – meaning to “to give one’s heart”.  Obviously, then, you can’t separate “faith” and “love.”

In the early Church, this was evident in the liturgy of baptism, in which the creed was publicly professed for the first time by the catechumens.   The presider would ask the catechumens “Do you believe in the Father?” The answer they gave was “yes I do,” the same words uttered by spouses in the marriage service.

And in fact baptism was a kind of marriage ceremony during which the catechumens first dissolved their marriage to Satan by facing west, the symbol of darkness, and renouncing him three times – his words, his works and his promises.  They then turned east to the rising sun, Jesus.  As they said “I believe in the Father and the Son and the Holy Spirit,” they were immersed and/or had water poured over their heads. Then they were dressed in white. It was even called a “wedding procession” by some Church Fathers when the newly baptised, dressed in white and holding lighted candles, walked from the baptistery into the church to receive confirmation and communion, usually at the Easter vigil.

Faith – a Response of the Whole Person

The Second Vatican Council wants us to understand that Faith is a response of the whole person to God (DV 5). He reveals himself to us intimately as three persons (DV 4) and we respond by giving ourselves to Him, pledging to follow him wherever He may lead. Faith certainly entails intellectual belief, but it also involves trust and commitment. It’s a commitment to accepting His grace day by day that we may do His will.  The vision of the Christian life painted by Dei Verbum is a dynamic dialogue in which God reveals his loving plan of salvation for us and we give back to him all that we have and all that we are.

This article on Faith and Revelation according to Vatican II and its Dogmatic Constitution on Divine Revelation Dei Verbum is part 1 of a four part series.  It was originally published in Good News, the magazine of the Catholic Charismatic Renewal of Great Britain. Reprinted in an edited form with permission.

To read Part 2 in the series on Vatican II and the Word of God, click here.