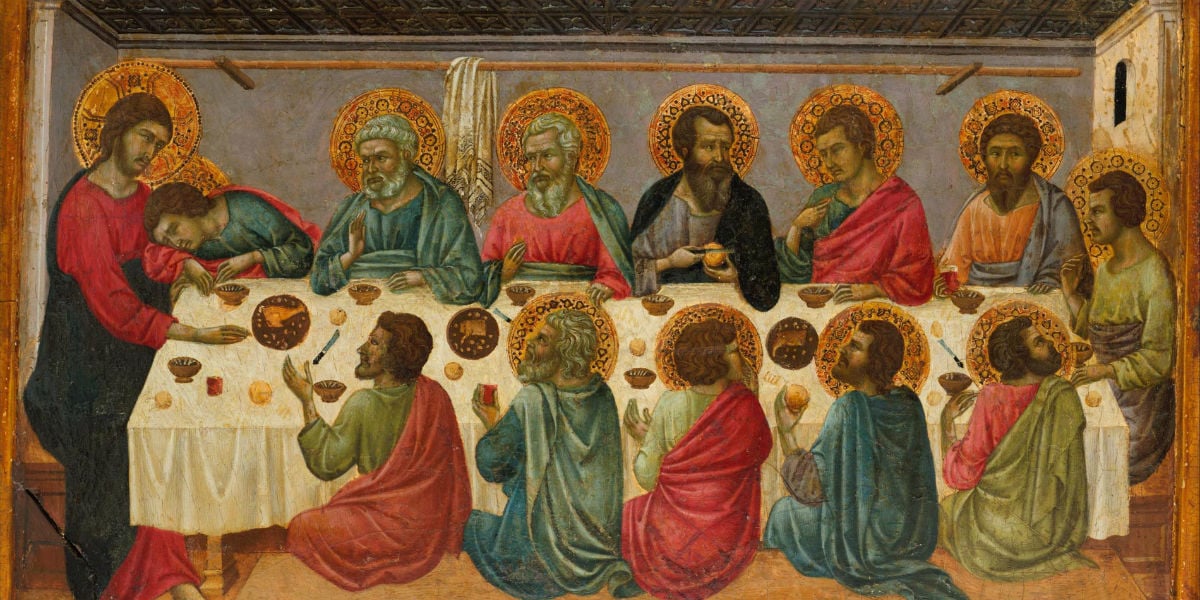 The Feast of Corpus Christi, the body and blood of Christ,  was instituted during the lifetime of Thomas Aquinas as a proclamation of faith in the real presence (aka transubstantiation) of Christ’s body and blood in the sacrament.  This selection, read annually on that feast. shows Thomas’s teaching on the nature and purpose of this sacrament

Since it was the will of God’s only-begotten Son that men should share in his divinity, he assumed our nature in order that by becoming man he might make men gods. Moreover, when he took our flesh he dedicated the whole of its substance to our salvation. He offered his body to God the Father on the altar of the cross as a sacrifice for our reconciliation. He shed his blood for our ransom and purification, so that we might be redeemed from our wretched state of bondage and cleansed from all sin. But to ensure that the memory of so great a gift would abide with us for ever, he left his body as food and his blood as drink for the faithful to consume in the form of bread and wine.

O precious and wonderful banquet, that brings us salvation and contains all sweetness! Could anything be of more intrinsic value? Under the old law it was the flesh of calves and goats that was offered, but here Christ himself, the true God, is set before us as our food. What could be more wonderful than this? No other sacrament has greater healing power; through it sins are purged away, virtues are increased, and the soul is enriched with an abundance of every spiritual gift. It is offered in the Church for the living and the dead, so that what was instituted for the salvation of all may be for the benefit of all. Yet, in the end, no one can fully express the sweetness of this sacrament, in which spiritual delight is tasted at its very source, and in which we renew the memory of that surpassing love for us which Christ revealed in his passion.

It was to impress the vastness of this love more firmly upon the hearts of the faithful that our Lord instituted this sacrament at the Last Supper. As he was on the point of leaving the world to go to the Father, after celebrating the Passover with his disciples, he left it as a perpetual memorial of his passion. It was the fulfillment of ancient figures and the greatest of all his miracles, while for those who were to experience the sorrow of his departure, it was destined to be a unique and abiding consolation.

The Feast of Corpus Christi was intstituted as a proclamation of faith in the real presence or transubstantiation during the lifetime of Saint Thomas Aquinas. Given this Saint’s marvelous devotion to the Blessed Sacrament of the Eucharist, it is only fitting that the Roman Catholic Church has chosen this reading by St. Thomas on the Body and Blood of Christ for the Office of Readings for the Feast of Corpus Christi, extolling this perpetual memorial of Christ’s love, this celebration of the Last Supper before his passion in which the Lord Jesus Christ offered himself to us under the forms of bread and wine.

St. Thomas Aquinas
In the middle of the thirteenth century, a noble family named Aquinas from Southern Italy had a plan for their son. Thomas had been born in 1225 (in the lifetime of St. Francis of Assisi) and had received his initial education from the Benedictines at the historic Abbey of Monte Cassino, founded by St. Benedict himself. His parents knew he was religiously inclined, so his father planned to pull a few strings and get Thomas appointed Abbot of Monte Cassino, a position with power and prestige befitting the son of the Count of Aquinas. But before taking such a step, the Count sent him to the newly founded University of Naples to get some further education. While there, Thomas was inspired by the members of a new, unconventional religious order called the Dominicans or Order of Preachers. Over the protests of his parents, Thomas, joined this new group. The young friar grew rapidly in holiness and knowledge of the things of God. It helped, of course, that he had St. Albert the Great as one of his principal teachers. Ultimately, Thomas Aquinas was appointed professor of Sacred Theology at the University of Paris where he taught alongside a Franciscan professor named Bonaventure. Though not sufficiently appreciated until the Council of Trent three hundred years later, Thomas Aquinas, who died in 1274, ultimately came to be recognized as a Doctor of the Church and as indeed one of the greatest Catholic teachers of all time. He wrote commentaries on various books of the bible as well as the multi-volume apologetics work Summa Contra Gentiles. Yet St. Thomas was first and foremost a man of prayer, a true disciple of Jesus and Jesus’ disciple Dominic. His study flowed from his prayer and his profound holiness made it possible for him to discern the wheat from the chaff in the intellectual currents of his day, and integrate that wheat into the established fare of the Catholic Tradition. His most notable achievement along these lines was to show how many of the ideas of the pagan Greek philosopher, Aristotle, could be utilized with great benefit in Catholic theology, an idea that was quite controversial in his day. St. Thomas’ greatest theological work, the Summa Theologiae is, though unfinished, nevertheless a masterpiece of theology that covers all aspects of Catholic doctrine from the Trinity to Morality. St. Thomas died in 1274 (the same year as his Franciscan Colleague, St. Bonaventure) while on his way to participate in the Ecumenical Council of Lyons. As early as 1277, his work was attacked by a number of Catholic theological faculties and remained under a cloud until the time of Council of Trent some 300 years later.   The sixteenth century Dominican, Pope Pius V, declared St. Thomas a doctor of the church.  Pope Leo XIII, in the late 19th century, recognized that the achievement of St. Thomas in the area of truly Christian philosophy and theology had to be emulated in the modern era if the Church was ever to meet the challenge posed by atheism and secularism. (bio by Dr. Italy)