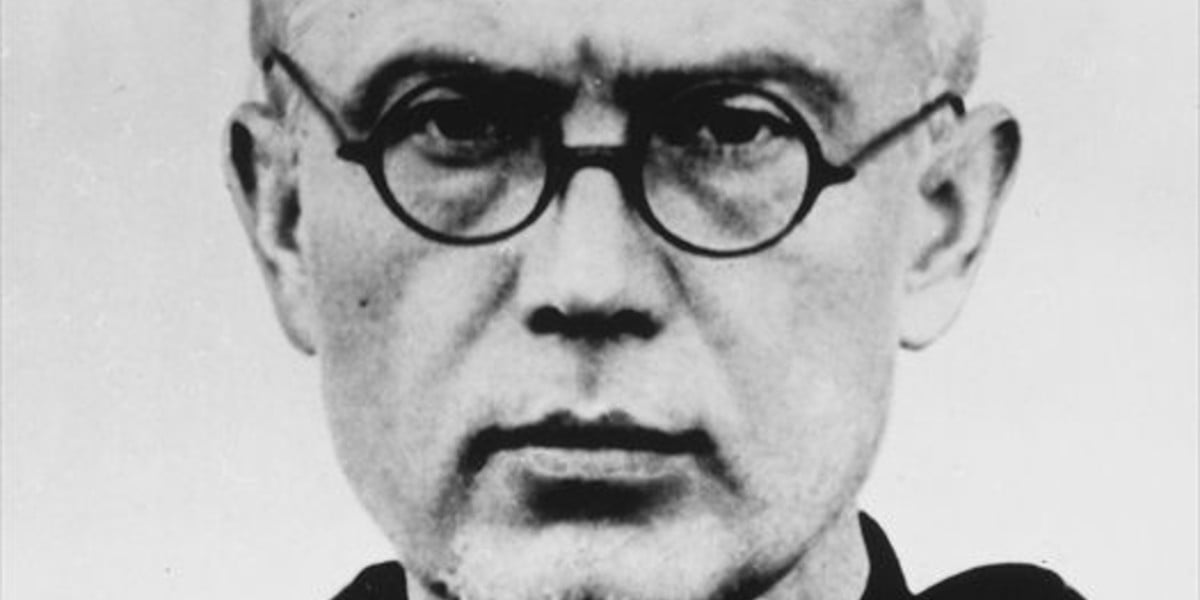 Maximilian Kolbe, a Polish Franciscan priest, offered his life in exchange for the life of a family man doomed to execution by the Nazis at Auschwitz.  The following excerpt from his writings contrasts religious indifferentism with the path of obedience to God’s will and the zeal for God’s glory modeled for us by Jesus Christ and Mary, his Immaculate Mother.  He is honored on August 14.

I rejoice greatly, dear brother, at the outstanding zeal that drives you to promote the glory of God.

St. Maximilian Kolbe on the Glory of God

It is sad to see how in our times the disease called “indifferentism” is spreading in all its forms, not just among those in the world but also among the members of religious orders. But indeed, since God is worthy of infinite glory, it is our first and most pressing duty to give him such glory as we, in our weakness, can manage – even that we would never, poor exiled creatures that we are, be able to render him such glory as he truly deserves.

Because God’s glory shines through most brightly in the salvation of the souls that Christ redeemed with his own blood, let it be the chief concern of the apostolic life to bring salvation and an increase in holiness to as many souls as possible. Let me briefly outline the best way to achieve this end – both for the glory of God and for the sanctification of the greatest number. God, who is infinite knowledge and infinite wisdom, knows perfectly what is to be done to give him glory, and in the clearest way possible makes his will known to us through his vice-regents on Earth.

It is obedience and obedience alone that shows us God’s will with certainty. Of course our superiors may err, but it cannot happen that we, holding fast to our obedience, should be led into error by this. There is only one exception: if the superior commands something that would obviously involve breaking God’s law, however slightly. In that case the superior could not be acting as a faithful interpreter of God’s will.

God himself is the one infinite, wise, holy, and merciful Lord, our Creator and our Father, the beginning and the end, wisdom, power, and love – God is all these. Anything that is apart from God has value only in so far as it is brought back to him, the Founder of all things, the Redeemer of mankind, the final end of all creation. Thus he himself makes his holy will known to us through his vice-regents on Earth and draws us to himself, and through us – for so he has willed – draws other souls too, and unites them to himself with an ever more perfect love.

See then, brother, the tremendous honor of the position that God in his kindness has placed us in. Through obedience we transcend our own limitations and align ourselves with God’s will, which, with infinite wisdom and prudence, guides us to do what is best. Moreover, as we become filled with the divine will, which no created thing can resist, so we become stronger than all others.

This is the path of wisdom and prudence, this is the one way by which we can come to give God the highest glory. After all, if there had been another, better way, Christ would certainly have shown it to us, by word and by example. But in fact sacred Scripture wraps up his entire long life in Nazareth with the words and he was obedient to them and it shows the rest of his life to have been passed in similar obedience – almost as an instruction to us – by showing how he came down to Earth to do the Father’s will.

Brethren, let us love him above all, our most loving heavenly Father, and let our obedience be a sign of this perfect love, especially when we have to sacrifice our own wills in the process. And as for a book from which to learn how to grow in the love of God, there is no better book than Jesus Christ crucified.

All this we will achieve more easily through the intercession of the Immaculate Virgin, to whom the most kind God has given the task of dispensing his mercies. There is no doubt that the will of Mary should be the will of God for us. When we dedicate ourselves to him, we become tools in her hands just as she became a tool in his. Let us let her direct us and lead us by the hand. Let us be calm and serene under her guidance: she will foresee all things for us, provide all things, swiftly fulfill our needs both bodily and spiritual, and keep away from us all difficulty and suffering.

To view a 17 minute short film that re-enacts the drama of Fr. Kolbe’s last days in the starvation bunker, watch Into Death and Beyond it.

For a 14 minute PODCAST on little-know facts about the life of the saint, listen to St. Maximilian Kolbe, chaplain of Auschwitz.

For more on martyrs and heroes like St. Maximilian Kolbe, see the SAINTS SECTION of the Crossroads Initiative Library.

Maximilian Kolbe was a Franciscan Priest from Poland whose energetic apostolic efforts won him renowned and great esteem before the Second World War. When the Nazis overran his native country, he, like many Polish Catholics, was sent to the concentration camp at Auschwitz where he endured the dehumanizing treatment given to all the camps inmates. When the Nazis selected several inmates for execution in reprisal for an escape, Fr. Kolbe offered to take the place of a man with a large family. After being starved in a bunker for many days, he was finally executed by lethal injection. Biography by Dr. Italy