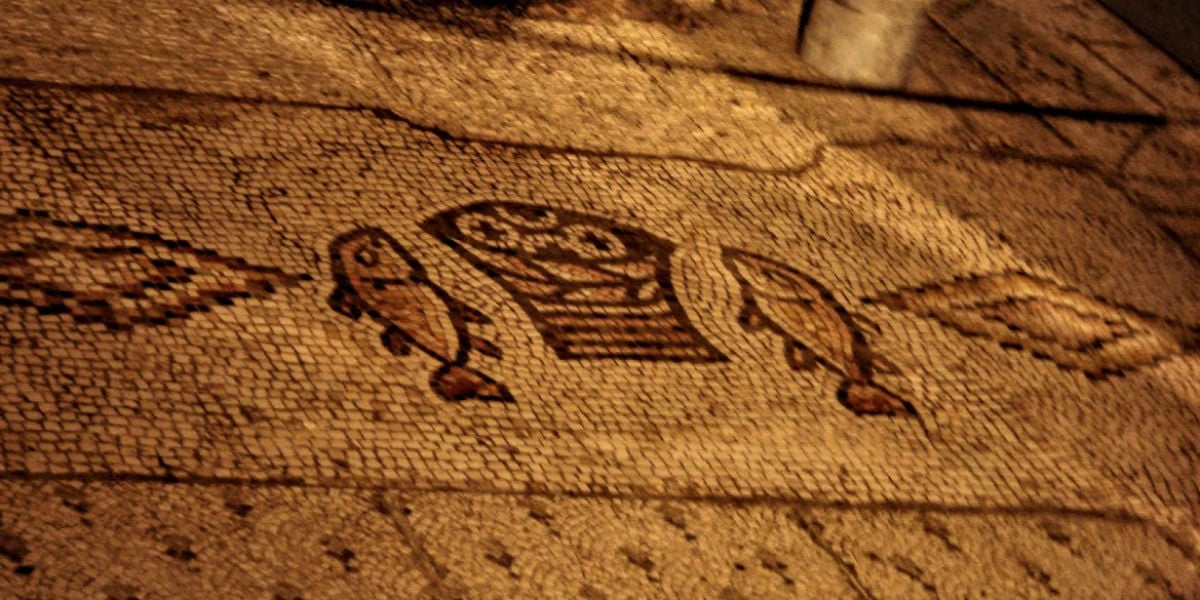 Tabgha, Site of the Multiplication of the Loaves & Fish – Podcast

In this 7 minute podcast, Dr. Italy paints a verbal picture of the site called Tabgha, between the Sea of Galille shore and the Mt. of Beatitudes.  Here Jesus multiplied loaves and fish.

In this podcast, I note that the gospels tell us that Jesus multiplied loaves and fish in a deserted area on the Sea of Galilee.  Tradition dating back to the earliest Christians in Galilee locates this at the foot of the Mount of Beatitudes, in a place where seven springs, “Heptapegon” in Greek, flow into the Sea of Galilee.  In Arabic, the language of the land for many centuries, this Greek word became “Tabgha,” the name of this place to this day.

The many springs at Tabgha produced much green grass, and this is noted in the various gospel accounts of the miracle.  The grass is mentioned because it helps us see that Jesus feeding God’s people in the wilderness fulfills not only the prophesy that God would raise us a prophet like Moses who fed God’s people with bread in the wilderness, but also Psalm 23: “he makes me lie down in green pastures, he leads me besides still waters.”

The church, beginning with the four evangelists, saw this miracle, from the beginning, as pointing forward to the gift of the Eucharist, when Jesus, on the night before he died, took bread and said “take and eat, for this is my body.”

In commemoration of this, the first eucharistic miracle in a sense, the early Christians of Galilee built a church on this spot in the fifth century with magnificent art.  Though the church at Tabgha was destroyed centuries ago, much of its floor, inlaid with magnificent mosaics, is still intact.  Found in excavations, this floor became the floor of a new Church that we always visit during our pilgrimages to the Holy Land, where we adore Jesus, still present in the Eucharist prefigured by the miracle.

Marking the spot of the multiplication is a rock under the altar.  In front of that mark is perhaps the most famous mosaic of the holy land, a fifth century depiction of the loaves and fish.  Deliberately, the artist represents four rather than five loaves.  But the fifth loaf can be found somewhere else in the church . . . and when you come with us on pilgrimage to this place, your task will be to find and identify where it is! 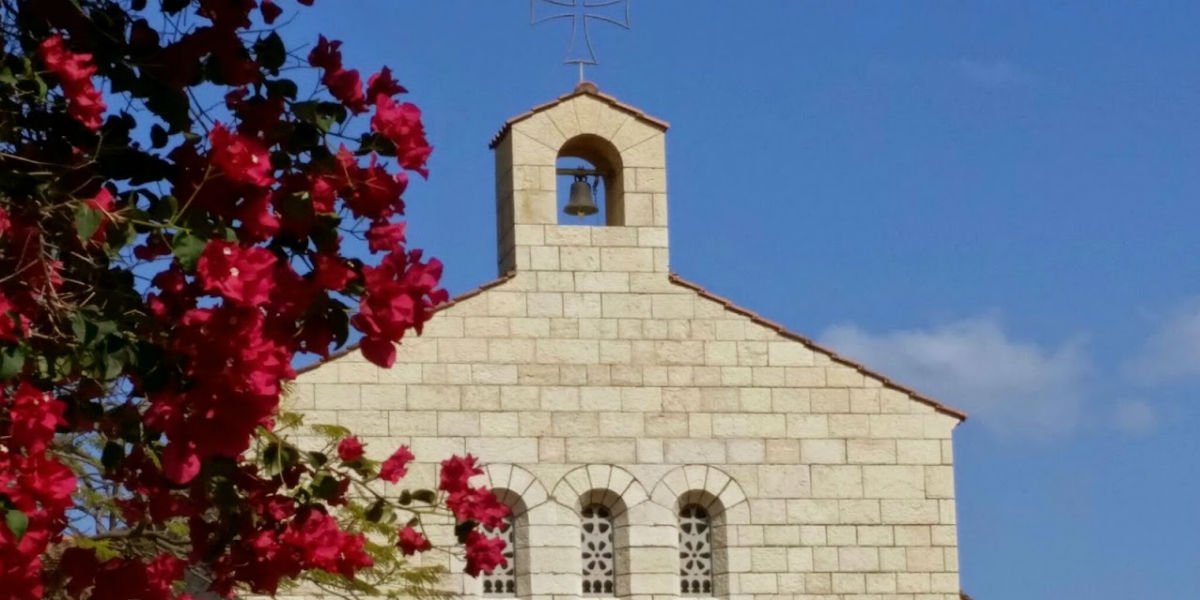 In the video study of the four gospels, Jesus: the Way, the Truth and the Life, Jeff Cavins and I visit the church of Tabgha and its beautiful grounds.  It is here that we choose to talk about the meaning and purpose of the Eucharist, discussing not only the miracle of the loaves and the bread of life discourse of John 6 which Jesus gave in the synagogue of Capernaum, but also how the lush vegetation of the site illustrates how the Eucharist is intended to make us abound with much fruit of love, unity, and spiritual joy (John 15).