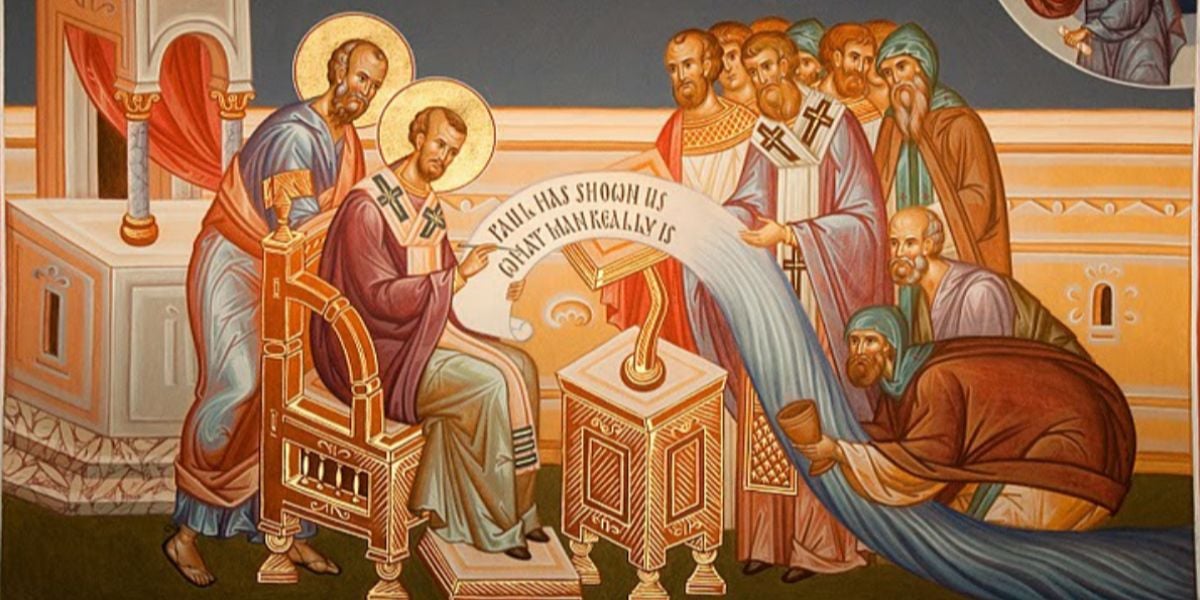 The Story of John Chrysostom – Video

Brief video by Dr. Italy that provides an overview of the Life and teaching of St. John Chrysostom, early Church Father, Doctor of the Church, and one of the greatest preachers of all time.  The story of this courageous hero will inspire you.

St. John Chrysostom, one of the greatest Early Church Fathers of the 5th Century, was born around 347 AD. St. John became a monk and was ordained a priest to serve the Church in Antioch where his eloquent preaching on the Sacred Scriptures earned him the title of “Chrysostom,” meaning golden-mouthed.”

In 398, Chrysostom was called upon to assume the responsibilities of the Patriarch Archbishop of Constantinople, much to his chagrin. This reluctant patriarch nevertheless fulfilled his duty with extraordinary energy and courage. St. John Chrysostom’s call to repentance and moral reform won him the enmity of the nominally Christian Empress who had him deposed and exiled on trumped-up charges. But his preaching and intrepid boldness inspired the hearts of the people of Constantinople who held him in great affection.

His devotion to the written Word of God was matched by a love of the Eucharist and of divine worship. To this day, the principal “Byzantine” liturgy celebrated by most Slavic, Greek, and middle-eastern Christians is known as the Liturgy of St. John Chrysostom. St. John Chysostom, who died under the harsh conditions of his exile in 407, will always be remembered as one of the greatest of the Early Church Fathers and one of the greatest preachers of all time.

Due to his holiness and beautiful but always practical bible teaching, St. John Chrysostom is regarded as a “Doctor of the Church” by Catholics and one of the three Holy Hierarchs and Ecumenical teachers by Eastern Orthodox Christians. For more on St. John Chrysostom and 22 other Fathers of the Church, see When the Church Was Young: Voices of the Early Fathers by Marcellino D’Ambrosio.