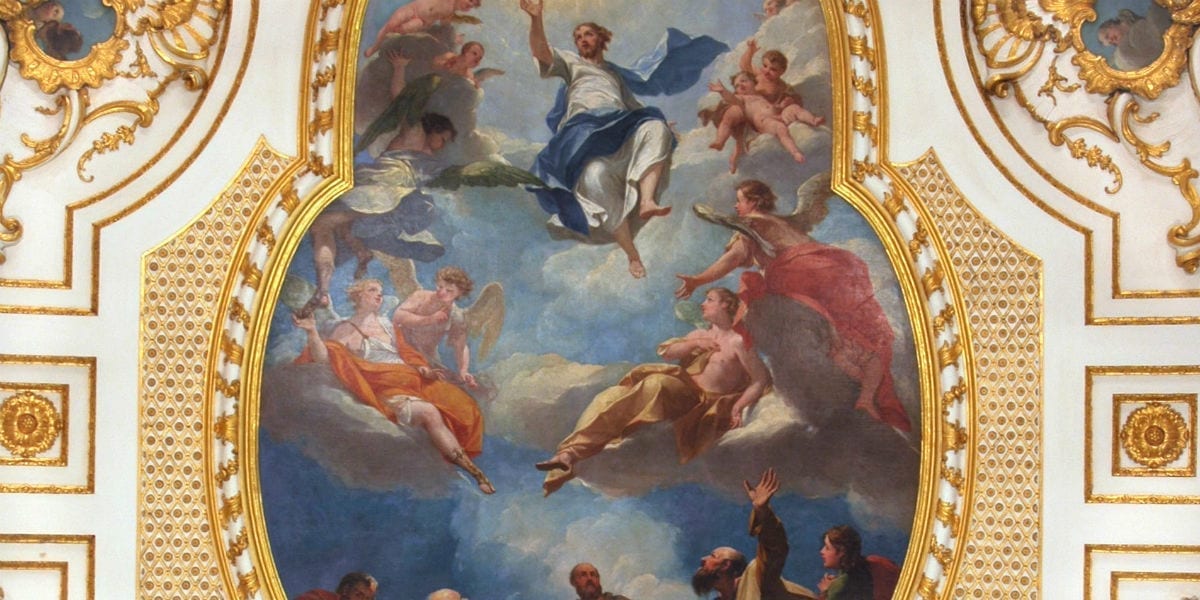 This sermon by Augustine, originally delivered on the Solemnity of the Ascension, notes that we, the members of Christ’s body, ascended to heaven with the Lord through love.

He Remains with Us on Earth

For just as he remained with us even after his ascension, so we too are already in heaven with him, even though what is promised us has not yet been fulfilled in our bodies.

Christ is now exalted above the heavens, but he still suffers on earth all the pain that we, the members of his body, have to bear. He showed this when he cried out from above: Saul, Saul, why do you persecute me? and when he said: I was hungry and you gave me food.

Ascended to Heaven with Him by Love

Why do we on earth not strive to find rest with him in heaven even now, through the faith, hope and love that unites us to him? While in heaven he is also with us; and we while on earth are with him. He is here with us by his divinity, his power and his love. We cannot be in heaven, as he is on earth, by divinity, but in him, we can be there by love.

He did not leave heaven when he came down to us; nor did he withdraw from us when he went up again into heaven. The fact that he was in heaven even while he was on earth is borne out by his own statement: No one has ever ascended into heaven except the one who descended from heaven, the Son of Man, who is in heaven.

Members of His Body

These words are explained by our oneness with Christ, for he is our head and we are his body. No one ascended into heaven except Christ because we also are Christ: he is the Son of Man by his union with us, and we by our union with him are the sons of God. So the Apostle says: Just as the human body, which has many members, is a unity, because all the different members make one body, so is it also with Christ. He too has many members, but one body.

Out of compassion for us he descended from heaven, and although he ascended alone, we also ascend, because we are in him by grace. Thus, no one but Christ descended and no one but Christ ascended; not because there is no distinction between the head and the body, but because the body as a unity cannot be separated from the head.

This reading appears in the Roman Liturgy’s office of readings for the Solemn Feast (Solemnity) of the Ascension of Christ into Heaven.  It is an excerpt from a homily by St. Augustine (Sermo de Ascensione Domini, Mai 98, 1-2, PLS 2, 494-495). The Ascension into Heaven is the second glorious mystery of the Rosary.

There are several New Testament accounts of the Ascension of Christ, such as Luke 24:50ff

For more resources for the Easter Season, see the ASCENSION  section of the Crossroads Initiative Library.