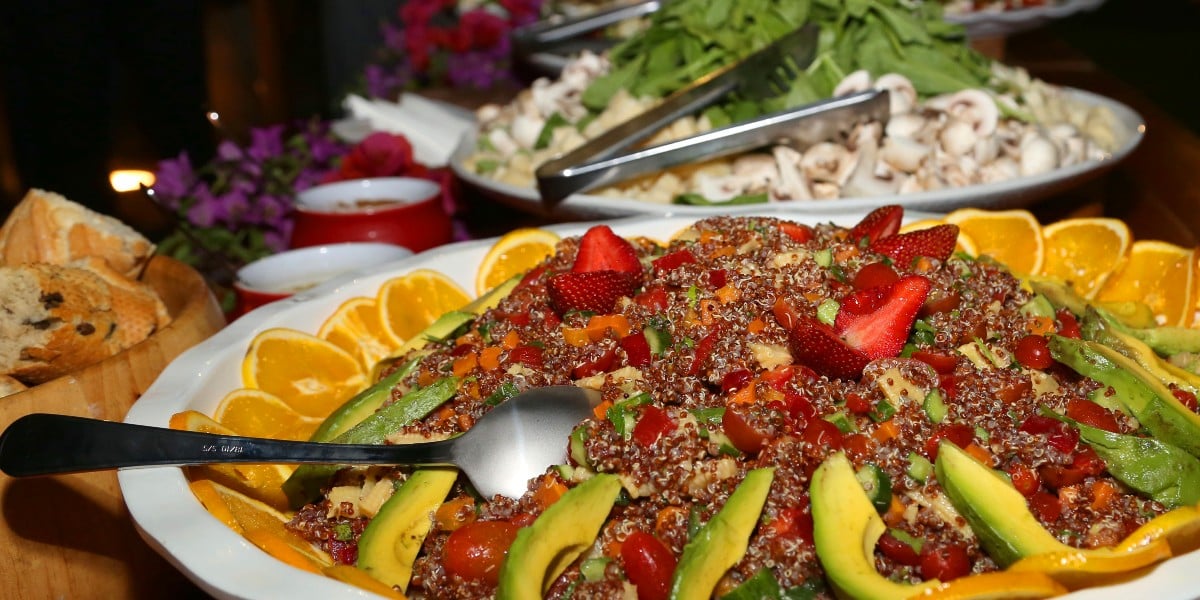 Abundant Life From the Good Shepherd

Jesus is the Good Shepherd because he leads us to green and verdant pastures where the food is ample and of the best quality.  He wants us to thrive, not survive, so that the world might be able to see where abundant life is to be found.  To LISTEN to this post read by Dr. Italy, click on the play arrow on the left directly below this paragraph.

The atheist philosopher of the 19th century, Friedrich Nietzsche, once said: “if Christians want me to believe in their redeemer, they need to look more redeemed.”

He was drawing the wrong conclusion from a perceptive observation.  To Nietzsche, most Christians looked just as burdened, clueless and lost as everybody else.  When he looked into their eyes, he did not see hope, excitement, joy, and a sense of purpose. They seemed to be still wandering around the Sinai desert, emaciated and anemic; their faces full more of impossibilities than possibilities.

When the early Church of Rome celebrated the Easter vigil and the newly baptized came forward to receive their first holy communion, there was another cup on the altar besides the one containing the Lord’s precious blood.  It was filled with milk and honey.  For having passed through the waters of baptism, they had crossed the Jordan and entered into the Promised Land.

Never mind that they could not worship openly for fear of being dragged off to be thrown to the lions.  After years in the desert, they were bound and determined to enjoy the fruits of the Land every chance they could.  The nourishment did them good.  Evidently they looked redeemed, because, despite the danger of persecution, so many of their neighbors came to believe in their redeemer that finally even the Emperor confessed faith in Christ.

Jesus did not pour out the last drop of his blood so that we could drag ourselves through life with the hopes that, after a lengthy stay in purgatory, we could just barely squeeze through the pearly gates.  Rather he says: “I came that they might have life and have it to the full” (John 10:10).

He said this while discussing sheep and shepherds.  In a recent visit to the Holy Land, I learned something about sheep and why the patriarchs of Israel herded them through the wilderness.  Unlike cows and horses, sheep can survive on just about anything, even scraggly clumps of weeds, scorched brown by the Middle Eastern sun.

But Jesus is a good shepherd.  He is not content to see his sheep barely survive.  He wants us to thrive.  He takes pleasure in energetic, robust sheep, not scrawny, anemic ones.  So the pastures to which he leads us are verdant, lush, and green (Psalm 23), not scorched and brown.  He spreads out a table, a true feast before us, not lunch in a brown bag.  He does not ration our nourishment.  Instead, our cup overflows.

Imagine his surprise when most of his sheep walk right by the oasis with its succulent grass and instead insist on munching the dried weeds at the desert’s edge.

But that’s exactly what many Christians do.  Have you ever noticed that more show up to repent on Ash Wednesday than rejoice in the Eucharist on Holy Thursday?  Has it ever appeared odd to you that, of the many who give up things during Lent, very few enjoy the abundant life of daily Mass, adoration or extra time reading Scripture during Eastertide?

You can lead sheep to pasture but you can’t make them eat.  The verdant pasture of the Catholic heritage is full of delectable treats that will make our spirits strong and our hearts sing.  The exciting, new world of the Bible, the healing balm of confession, the writings of the Fathers, Doctors, and spiritual masters, the wise teaching of councils and popes, and, most especially, the Feast of Faith which is the Eucharist, all these provide an abundance of savory nourishment that most of us have scarcely sampled.

In the Holy Land, to visit someone’s home and not eat the food laid out lavishly before you is a great insult.

The Church offers us a feast.  It cost the Lord his very life to prepare this table for us.  Out of courtesy to Him, for the sake of your health, and for the sake of the Nietzsche’s of the world that need to see before they believe, eat!