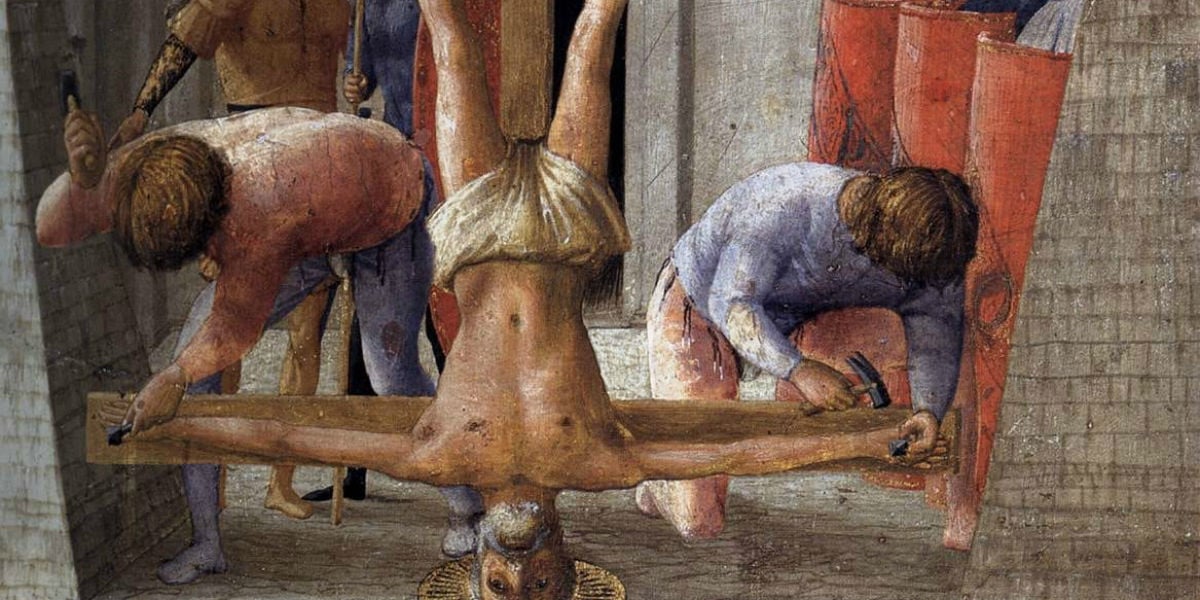 The word amen is familiar to all.  But few know its origins and its true meaning, which actually strikes at the very essence of what it means to believe and have rock-solid faith.

Pentecostal preachers shout it. Monks chant it. Most Christians end every prayer with it. But what does “Amen” really mean? Is it just a pious way to “log off” our dialogue with God?

Actually, most of us have never heard the origins of this word that we use so glibly. But we need to examine it now, since its significance strikes at the heart of what God is saying to us in the preaching of Jesus, his apostles and the prophets.

Amen – It is as firm as rock

Amen is not originally an English word, or even a Greek word, though it appears frequently in the Greek New Testament. It is a Hebrew term, and is associated with a very particular image in that language.  Amen is related to the Hebrew word for “rock.” It does not so much mean “I agree” but rather “it is firm, like a rock.”

In other words, amen means “it is reliable, it is sure, it is solid, and I can stand on it.” The “It” of course, is God Himself, who is often called a Rock in the Old Testament (see Psalms 18 and 144) and a cornerstone in the New. But the “It” is also whatever He has said, whatever he has revealed. His truth is reliable; we can and must stand on it.

James, Amen and a life based on Faith

To say amen implies, of course, that we are not just to accept God’s truth intellectually, but to build our life around it, to let our future depend on it, to make sure our actions flow from it. It implies that true biblical faith involves placing our trust in God and committing ourselves to living out what we claim to be our convictions.

That is precisely the point made by the epistle of James. It is not that you have to add works to faith to be saved. It is that faith that fails to issue in changed lives is not true faith at all. It is, in fact, bogus faith–an illusion.

If you say “Good luck, God bless, I’m praying for you!” to someone and do nothing more to meet that person’s urgent bodily needs, your words are phony. If you talk the talk of faith and fail to walk the walk, what you are about is not faith but religious posturing. That is precisely Jesus’ assessment of the Pharisees.

At Caesarea Philippi, Peter blurts out that Jesus is the Messiah. What happens next in the story proves that what he said flowed from a special inspiration (as Matthew 16 notes), not from his own rock-solid faith. For no sooner does Peter confess Jesus as Messiah than he proceeds to tell Jesus what sort of Messiah he ought to be.

In other words, Jesus’ revelation of himself as a suffering servant, a Messiah who would save his people by laying down his life for them, did not quite suit Peter. The consequences of being the chief disciple of an executed criminal might not be especially pleasant. Therefore he disputes the words of the one he had just called Messiah, God’s anointed representative.

In other words, Peter’s profession was accurate, but did not spring from rock-solid faith.  He did not say to Jesus, “you words are certain–I can and will stake my life on them” but rather, “Come on Lord, you must be joking.” 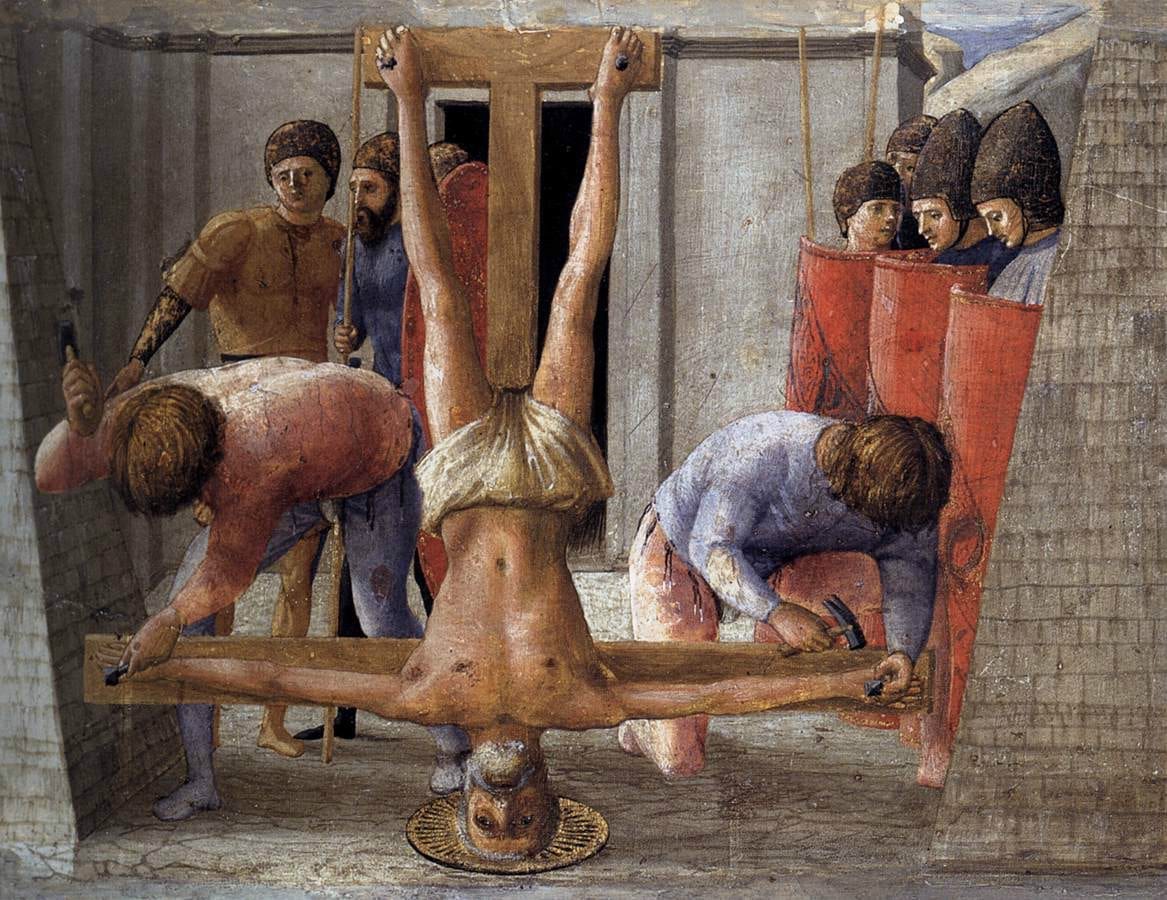 How does Jesus respond? The Suffering Servant of Isaiah 50 “sets his face like flint.” His sights are set on Calvary and his purpose is rock-solid–nothing will deter him.

And Peter? You know what happens when the cock crows. Peter (the name means “rock”) eventually comes around. At Pentecost he receives the indwelling power of the Holy Spirit and his wavering belief is transformed into the virtue of authentic faith. He set his face like flint towards his own Calvary, a hill in Rome where Nero amused himself through the suffering of others, a hill called the Vatican.

We’ve already received that same power in baptism and confirmation, and it is renewed in every Eucharist. So when we say “Amen,” do we mean it?

For more on AMEN and the nature and power of faith, see the FAITH & DISCIPLESHIP SECTION of the Crossroads Initiative Library

Banner/featured image The Crucifixion of the Apostle Peter and the Beheading of John the Baptist by Masaccio. Public domain.