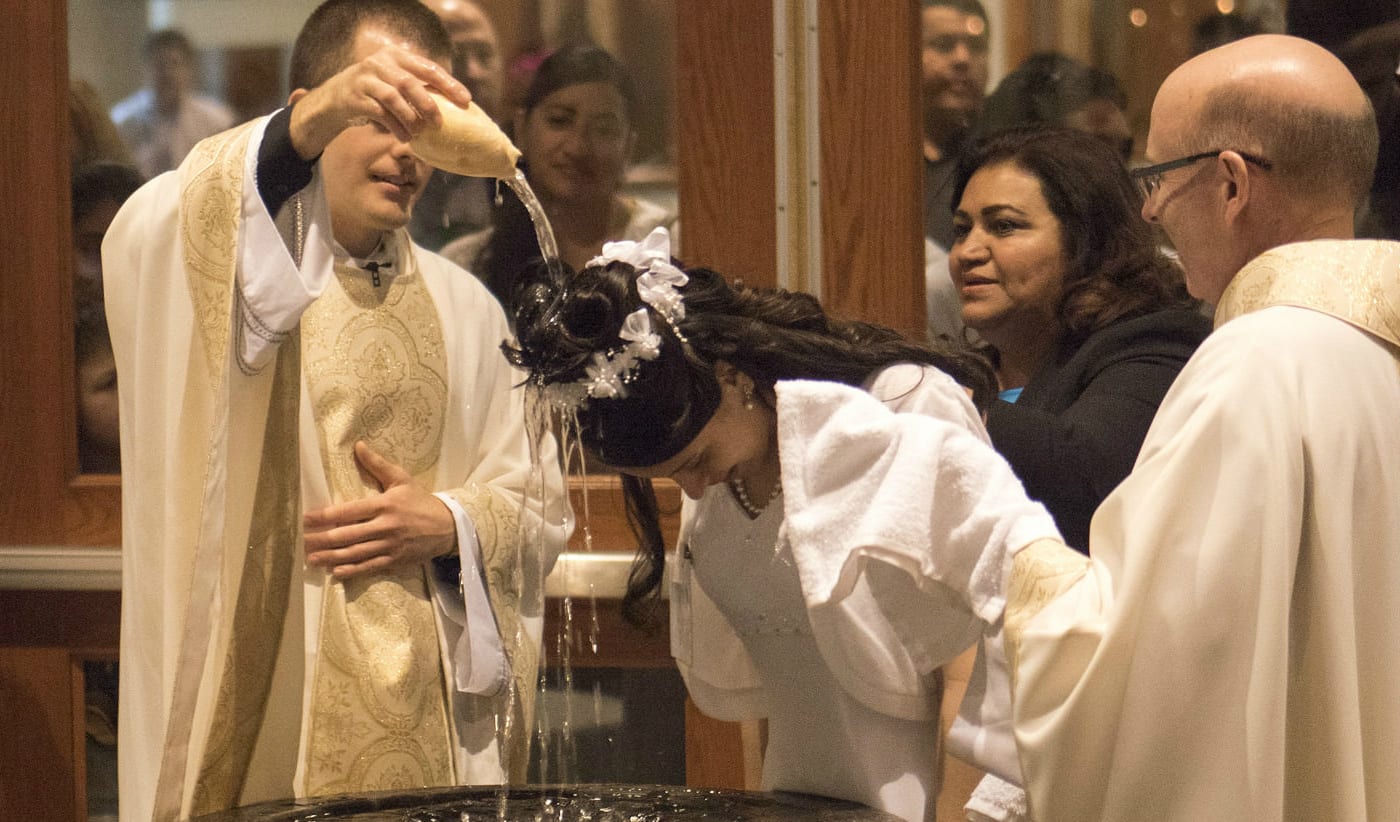 Baptism of the Son of God

The Jews were absolutely unique in the Ancient world. Not only did their religion forbid them to worship gods other than the Lord, but their prophets actually taught that the gods of the nations were mere figments of the imagination. They did not exist at all.

This seemed odd to the Greeks and Romans who not only had gods of their own, but gladly added others to their pantheon as they made their acquaintance through commerce and conquest. The exclusivist mentality of the Jews struck them as very narrow-minded indeed.

But devout Jews in the time of Jesus could care less. “Monotheism” was their distinctive hallmark and was ingrained in them from cradle to grave. They recited several times a day the verses of Deut 6:4-6 “Hear O Israel: The Lord our God is one Lord.”

So it should come as no surprise that the notion of Jesus as “Son of God” was a bit hard to take. John’s Gospel tells us this claim to divine son-ship was one of the main reasons for Jesus’ crucifixion. Hundreds of years later, Constantine had to call the first Ecumenical Council to reaffirm that Jesus was God, equal in glory and Majesty to the Father, in the face of heretical protests. Fifty years later yet another Council was called to definitively affirm the same thing about the Holy Spirit.

To this day, people from Da Vinci Code fans to Jehovah’s Witnesses ridicule the doctrine of the Trinity, alleging it was invented by Constantine.

But a close reading of the Scriptures shows that the Trinity was revealed when Jesus met his cousin in the wilderness. While John baptizes his superior, the voice of the Father resounds over the waters: “This is my beloved Son on whom my favor rests.” At that very moment, the Holy Spirit descends upon him in the form of a dove. Here, for a brief instant, we glimpse the mystery of One God in three persons, Father, Son, Holy Spirit. This momentary appearance of Jesus as the Son of the Father, anointed with the Spirit, is an Epiphany. In fact, in the Christian East, the Feast of the Baptism of the Lord and the Epiphany are one in the same.

It is no accident that this revelation of the Trinity happened at the moment of Christ’s baptism. For Christian baptism, here instituted by Christ, is essentially different than the baptism of John. The Baptist preached cleansing from past sins and a change of lifestyle. Christian baptism certainly involves this, but accomplishes much more. It joins us to Jesus, as Savior and Lord, and connects us with the power of his death and resurrection. But since in baptism we become one with Jesus, members of his body, all that is His becomes ours. His Father now becomes our Father, and His Holy Spirit now takes up residence within us. Baptism does not just wash away our sins so that we can escape the fires of hell. No, it establishes an intimate relationship between us and the three persons of the Trinity. God is no longer a stern monarch, but our loving Father. God the Son calls us no longer servants but friends. God the Spirit becomes the power within us to make us new people and bring us to the fullness of joy.

The fact that baptism takes place through water is no accident either. Water cleanses, true. But it is also the symbol of birth. Are we not carried in water for nine months in our mothers’ wombs? In baptism, we emerge from the waters of the Church’s womb to take up a new kind of life, a holy adventure that opens out into eternity!

That’s why when Jesus commands the apostles to baptize in Matthew 28:19 he commands them to do so not just in his own name, but in the name of the Father, Son, and Holy Spirit.And every time we make the sign of the cross, first impressed into our foreheads at our baptism, we recall not only this command, but that wonderful Epiphany when the Trinity was first manifested at the banks of the Jordan.

Dr. Marcellino D’Ambrosio, or better known as “Dr. Italy”, is the founder of Crossroads Initiative and is an acclaimed writer, speaker and evangelist.