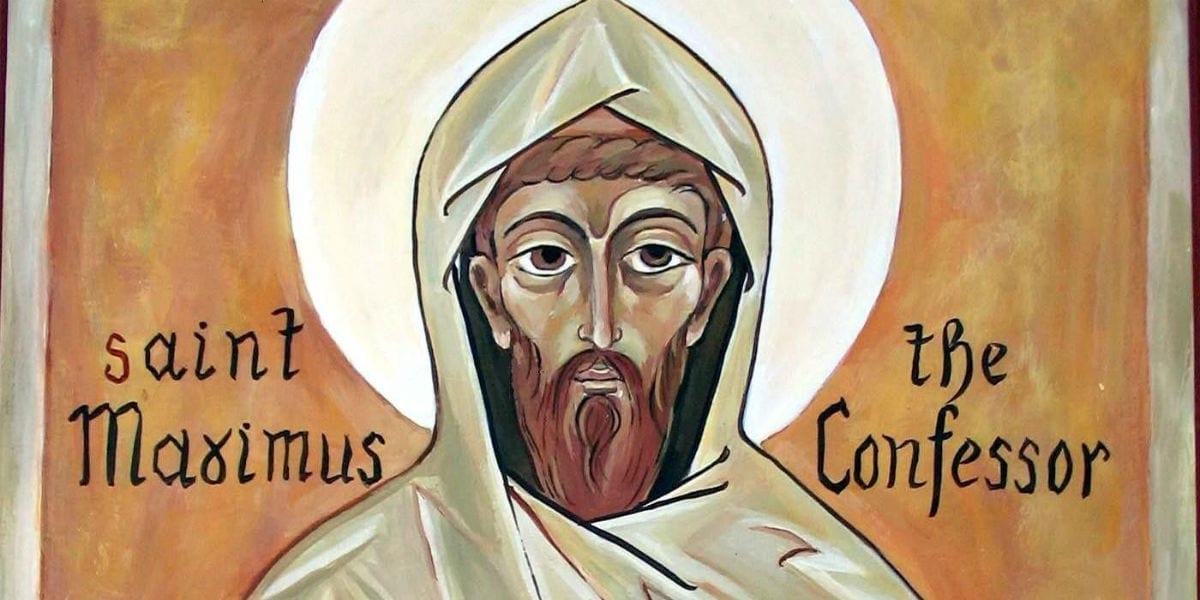 St. Maximus the Confessor here makes clear the nature of true charity or love of God (one of the theological virtues), and affirms that it is not by faith alone that we secure our salvation, but also by a positive act of love of God and expressed in generosity and good works, particularly in long-suffering service to our neighbor.

Charity [caritas or agape in Greek] is a right attitude of mind which prefers nothing to the knowledge of God. If a man possesses any strong attachment to the things of this earth, he cannot possess true charity. For anyone who really loves God prefers to know and experience God rather than his creatures. The whole set and longing of his mind is ever directed toward him.

Loving God above his Creation

For God is far superior to all his creation, since everything which exists has been made by God and for him. And so, in deserting God, who is beyond compare, for the inferior works of creation, a man shows that he values God, the author of creation, less than creation itself.

Such a man cannot hoard his wealth. Rather, like God himself, he generously gives from his own resources to each man according to his needs.

Since he imitates God’s generosity, the only distinction he draws is the person’s need. He does not distinguish between a good man and a bad one, a just man and one who is unjust. Yet his own goodness of will makes him prefer the man who strives after virtue to the one who is depraved.

A charitable mind is not displayed simply in giving money; it is manifested still more by personal service as well as by the communication of God’s word to others: In fact, if a man’s service toward his brothers is genuine and if he really renounces worldly concerns, he is freed from selfish desires. For he now shares in God’s own knowledge and love. Since he does possess God’s love, he does not experience weariness as he follows the Lord his God. Rather, following the prophet Jeremiah, he withstands every type of reproach and hardship without even harboring an evil thought toward any man.

For Jeremiah warns us: Do not say: “We are the Lord’s temple”. Neither should you say: “Faith alone in our Lord Jesus Christ can save me.” By itself faith accomplishes nothing.  For even the devils believe and shudder.

No, faith must be joined to an active love of God which is expressed in good works. The charitable man is distinguished by sincere and long-suffering service to his fellow man: it also means using things aright.

This selection from the chapters On Charity by Saint Maximus the confessor (Chapters on Charity Centuria 1, cap. 1, 4-5, 16-17, 23-24, 26-28, 30-40; PG 90, 962-967) makes clear the nature of true charity or love of God (one of the theological virtues) on caritas (agape) and the generosity of authentic love.  It appears in the Roman Catholic Office of readings for Sunday of the seventh (7th) week in ordinary time with the accompanying biblical reading taken from Eccelesiastes 1:1-18.

For more on Mercy or Almsgiving as a form of Lenten Penance, see the LENTEN RESOURCE LIBRARY of the Crossroads Initiative.

St. Maximus the Confessor was born into a noble family of the imperial city of Constantinople in 580 AD. While serving as secretary to the Byzantine Emperor Heraclius, Maximus heard the call to the religious life and abandoned civil service to enter a monastery in Chrysopolis, opposite Constantinople where he eventually became abbot. St. Sophronius, a monk who later became patriarch of Jerusalem, had a great influence upon him through personal contact and perhaps his writings. In the days of Maximus, the Christian Empire of Byzantium was divided by the Monophysite heresy, which refused to confess Jesus Christ as possessing two full natures, one human, the other divine. This had terrible political and military consequences for the Empire as well as sad consequences for the Church. All of Egypt, Ethiopia, Armenia and parts of Syria were alienated from both the Catholic Church and the Empire which was its defender. There was therefore great political as well as authentically apostolic motivation to heal the schism and restore the empire’s unity. One solution proposed was to agree that Jesus had two natures, but only one will. Maximus and many saw this as disguised Monophysitism, since a human will is an essential part of a complete human nature. The emperor, desiring peace at any cost, promoted this “one will” approach, called Monothelitism, and had it expressed in a document called the “Typos” which he urged all parties to sign. Maximus ardently and publicly opposed the Typos, writing and speaking eloquently in favor of the full humanity of Christ, and finding support in this from Rome where he lived for a while. He ultimately returned to Constantinople to bear witness to the true faith of the Church in the full humanity and divinity of Christ. He and many of his companions were brought to trial in 662 and sentence to have their right hands chopped off and tongues cut out before being sent into lifetime exile where Maximus, weakened by his ordeal, died just a few month later. He is called “the Confessor” because he was tortured and imprisoned for his confession of the orthodox, Catholic faith in Christ, true God and true man. Besides his writings against the Monophysites and Monothelites, Maximus left us many works of spiritual and ascetical theology, especially his commentary on the Lord’s prayer and Psalm 59, that have been continually prized by the Eastern and Western Church alike. His “Mystagogia” helps us understand how the liturgy and sacraments were celebrated and understood in his time, and his mystical “Scholia” on Pseudo-Dionysius are still of great interest to scholars and monks. Because of the depth of his spiritual and doctrinal understanding, St. Maximus the Confessor is one of the few writers in the history of the Church who is also known as “the Theologian.” Biography by Dr. Italy