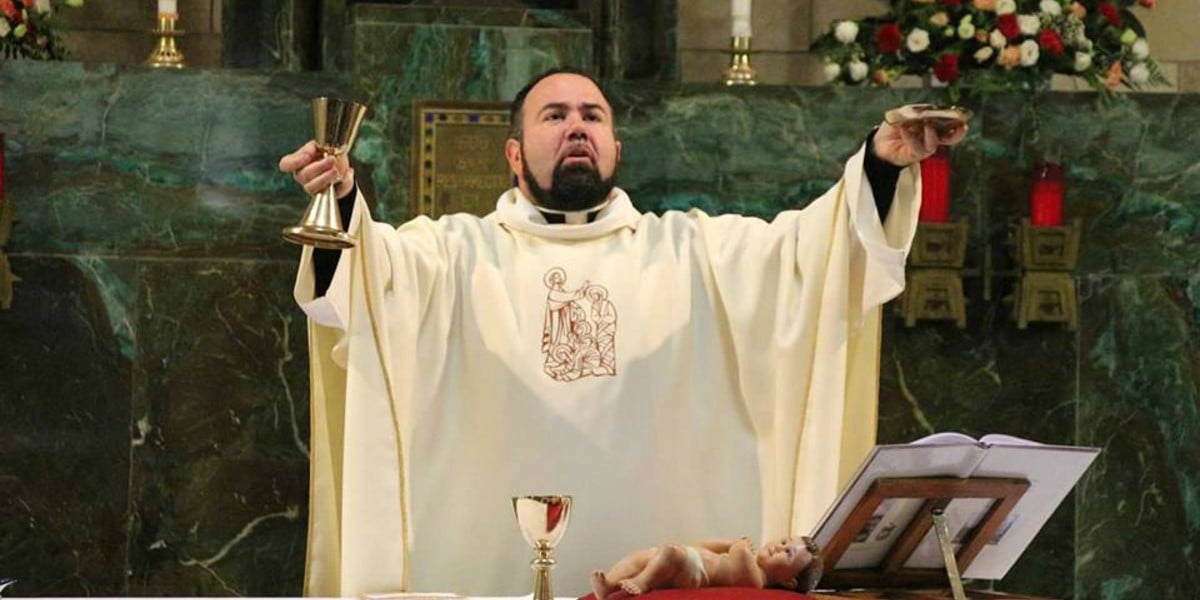 Eucharist as Pledge of Resurrection – Irenaeus

Written by St. Irenaeus about 185 AD, this excerpt makes clear the Church’s realistic interpretation of the eucharist as the risen body of Christ which serves as the medicine of immortality, the pledge of our own future resurrection. The real presence of the body and blood of Jesus Christ in the Eucharistic elements (transubstantiation), also known as Mass or the Lord’s Supper, was taken for granted in the early Church.

Chalice, His Blood – Bread, His Body

There can be no blood without veins, flesh and the rest of the human substance, and this the Word of God actually became: it was with his own blood that he redeemed us. As the Apostle says: In him, through his blood, we have been redeemed, our sins have been forgiven.

When the chalice we mix and the bread we bake receive the word of God, the eucharistic elements become the body and blood of Christ, by which our bodies live and grow. How then can it be said that flesh belonging to the Lord’s own body and nourished by his body and blood is incapable of receiving God’s gift of eternal life? Saint Paul says in his letter to the Ephesians that we are members of his body, of his flesh and bones. He is not speaking of some spiritual and incorporeal kind of man, for spirits do not have flesh and bones. He is speaking of a real human body composed of flesh, sinews and bones, nourished by the chalice of Christ’s blood and receiving growth from the bread which is his body.

The slip of a vine planted in the ground bears fruit at the proper time. The grain of wheat falls into the ground and decays only to be raised up again and multiplied by the Spirit of God who sustains all things. The Wisdom of God places these things at the service of man and when they receive God’s word they become the eucharist, which is the body and blood of Christ. In the same way our bodies, which have been nourished by the eucharist, will be buried in the earth and will decay, but they will rise again at the appointed time, for the Word of God will raise them up to the glory of God the Father. Then the Father will clothe our mortal nature in immortality and freely endow our corruptible nature with incorruptibility, for God’s power is shown most perfectly in weakness.

This excerpt on the eucharist as medicine of immortality and pledge of future resurrection comes from St. Irenaeus’ monumental work, Against Heresies (Lib. 5,2, 2-3: SC 153, 30-38).  This excerpt appears n the Roman Catholic Office of Readings for Thursday of the third week of Easter with the accompanying biblical reading of Revelation 9:13-21.

For more resources on the presence of Christ’s body and blood in the Eucharist, see the EUCHARIST section of the Crossroads Initiative Library.