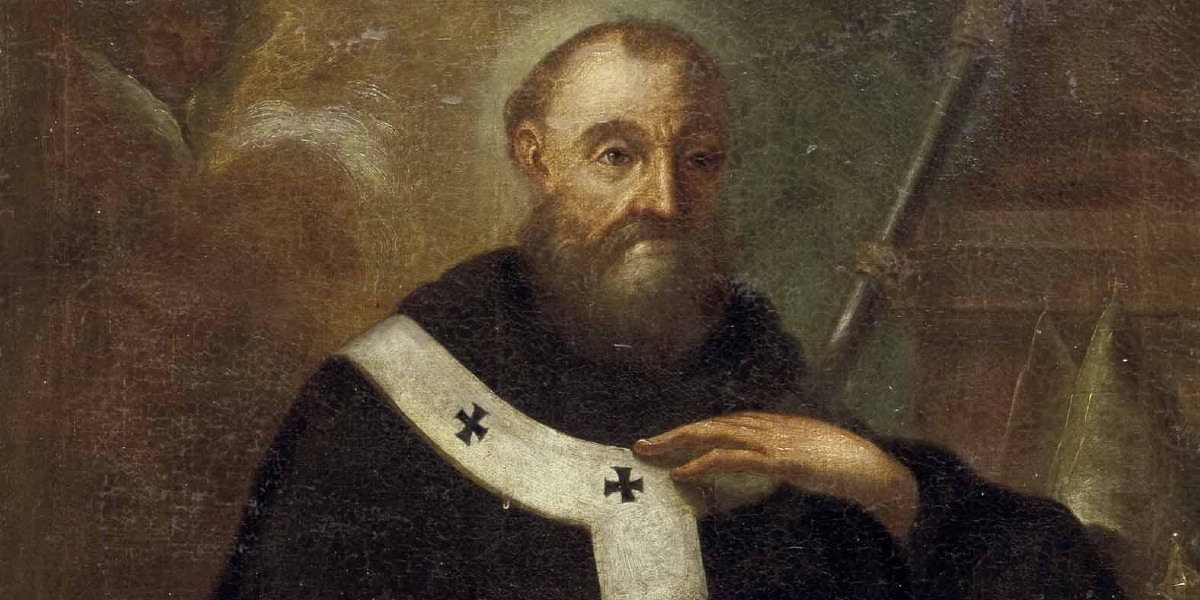 December 26, The Second Day of Christmas, has been observed as the Feast Day of Saint Stephen, Protomartyr, since at least the fifth century.  Fulgentius of Ruspe, a North African bishop, here notes how fitting it is that the birthday of love should be followed by the heavenly birthday of one who died loving his enemies.

Yesterday our king, clothed in his robe of flesh, left his place in the virgin’s womb and graciously visited the world. Today his soldier leaves the tabernacle of his body and goes triumphantly to heaven.

Our king, despite his exalted majesty, came in humility for our sake; yet he did not come empty-handed. He brought his soldiers a great gift that not only enriched them but also made them unconquerable in battle, for it was the gift of love, which was to bring men to share in his divinity. He gave of his bounty, yet without any loss to himself. In a marvelous way he changed into wealth the poverty of his faithful followers while remaining in full possession of his own inexhaustible riches.

And so the love that brought Christ from heaven to earth raised Stephen from earth to heaven; shown first in the king, it later shone forth in his soldier. Love was Stephen’s weapon by which he gained every battle, and so won the crown signified by his name. His love of God kept him from yielding to the ferocious mob; his love for his neighbor made him pray for those who were stoning him.

Love inspired him to reprove those who erred, to make them amend; love led him to pray for those who stoned him, to save them from punishment. Strengthened by the power of his love, he overcame the raging cruelty of Saul and won his persecutor on earth as his companion in heaven. In his holy and tireless love he longed to gain by prayer those whom he could not convert by admonition.

Now at last, Paul rejoices with Stephen, with Stephen he delights in the glory of Christ, with Stephen he exalts, with Stephen he reigns. Stephen went first, slain by the stones thrown by Paul, but Paul followed after, helped by the prayer of Stephen. This, surely, is the true life, my brothers, a life in which Paul feels no shame because of Stephen’s death, and Stephen delights in Paul’s companionship, for love fills them both with joy. It was Stephen’s love that prevailed over the cruelty of the mob, and it was Paul’s love that covered the multitude of his sins; it was love that won for both of them the kingdom of heaven.

Love, indeed, is the source of all good things; it is an impregnable defense, – and the way that leads to heaven. He who walks in love can neither go astray nor be afraid: love guides him, protects him, and brings him to his journey’s end.

My brothers, Christ made love the stairway that would enable all Christians to climb to heaven. Hold fast to it, therefore, in all sincerity, give one another practical proof of it, and by your progress in it, make your ascent together.

This sermon by Saint Fulgentius of Ruspe for the feast of St. Stephen, protomartyr (Sermo 3, 1-3, 5-6: CCL 91A, 905-909) dates from around the year 500 AD and demonstrates the ancient Catholic tradition of remembering the first martyr on the day immediately following the solemn celebration of the nativity of Christ.  The account of Stephen’s martyrdom can be found in Acts 7:1-60.

For more great readings on the Saints of the Christmas Season, see the SAINTS of CHRISTMASTIDE section of the Crossroads Initiative Library.

St. Fulgentius of Ruspe was born in Carthage, a city in modern day Tunisia, a generation or so after the barbarian Vandals conquered North Africa from the Roman Empire. His mother taught him both Latin and Greek, and prepared him well for a political career. After a short time in government service, Fulgentius grew tired of the world and entered monastic life. After becoming bishop of Ruspe, a city near Carthage, Fulgentius tirelessly battled against the Arian heresy which denied Christ’s full divinity and which was favored by the state. For this he was twice exiled to Sardinia. On this and other matters, He found great inspiration in the writings of an earlier N. African bishop, St. Augustine of Hippo.  Fulgentius, who is regarded as one of the Fathers of the Church, died around AD 530, about 100 years after the death of his master, St. Augustine. Biography by Dr. Italy