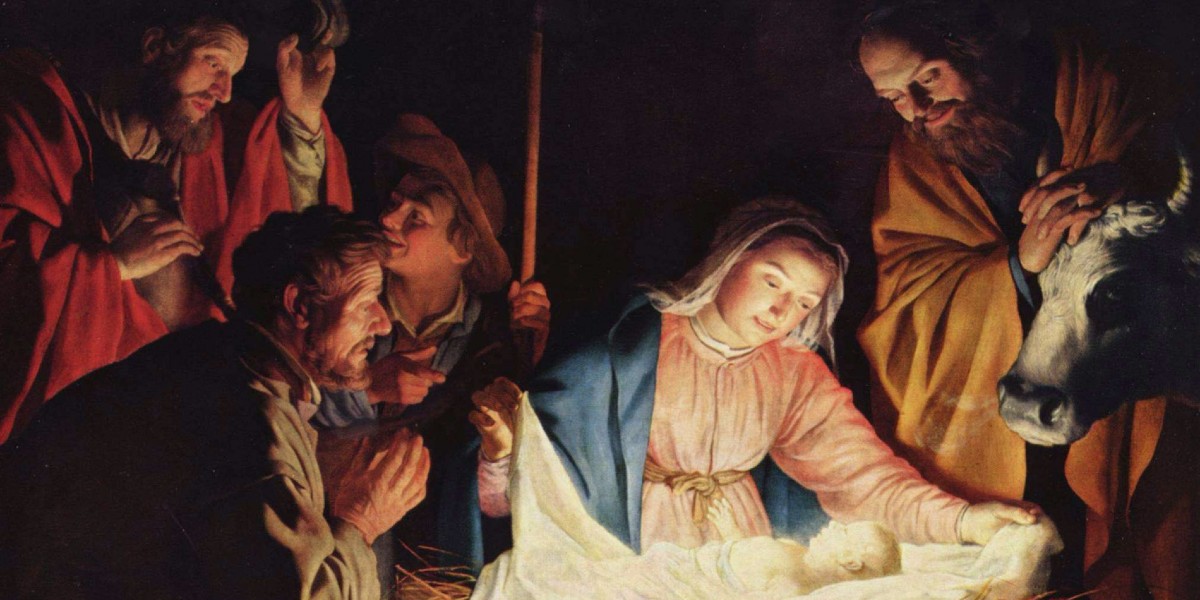 Hippolytus on the proper interpretation of Scripture, and the Incarnation of the Son as the hidden Word of God made manifest and visible.

There is only one God, brethren, and we learn about him only from sacred Scripture. It is therefore our duty to become acquainted with what Scripture proclaims and to investigate its teachings thoroughly.

We should believe them in the sense that the Father wills, thinking of the Son in the way the Father wills, and accepting the teaching he wills to give us with regard to the Holy Spirit. Sacred Scripture is God’s gift to us and it should be understood in the way that he intends: we should not do violence to it by interpreting it according to our own preconceived ideas.

God Creates the Universe Through his Word

God was all alone and nothing existed but himself when he determined to create the world. He thought of it, willed it, spoke the word and so made it. It came into being instantaneously, exactly as he had willed. It is enough then for us to be aware of a single fact: nothing is coeternal with God. Apart from God there was simply nothing else. Yet although he was alone, he was manifold because he lacked neither reason, wisdom, power nor counsel. All things were in him and he himself was all. At a moment of his own choosing and in a manner determined by himself, God manifested his Word, and through him he made the whole universe.

The Hidden Word is made Visible

When the Word was hidden within God himself he was invisible to the created world, but God made him visible. First God gave utterance to his voice, engendering light from light, and then he sent his own mind into the world as its Lord. Visible before to God alone and not to the world, God make him visible so that the world could be saved by seeing him. This mind that entered our world was made known as the Son of God. All things came into being through him; but he alone is begotten by the Father.

So the Word was made manifest, as Saint John declares when, summing up all the sayings of the prophets, he announces that this is the Word through whom the whole universe was made. He says: In the beginning was the Word, and the Word was with God, and the Word was God. Through him all things came into being; not one thing was created without him. And further on he adds: The world was made through him, and yet the world did not know him. He entered his own creation, and his own did not receive him.

This excerpt on Jesus Christ as the hidden Word made manifest and visible is from St. Hippolytus’ treatise against the heresy of Noetus (Cap. 9-12: PG 10, 815-819).  It appears in the Roman Office of Readings for December 23 during the fourth week of Advent. St. Hippolytus is one of the Early Church Fathers.

This reading is featured in the Early Church Fathers, Advent & Christmas and Incarnation sections of the Crossroads Initiative Library.

Saint Hippolytus was a priest in the Church of Rome in the late second and early third centuries and an important early Church Father. Known for his extensive and profound teaching, he is undoubtedly the most important Roman theologian of the third century, in a time when the liturgy and all teaching of the Church in Rome was done in Greek. When Callistus, whom he considered to be a liberal, was elected to the Papacy, St. Hippolytus contested the election, apparently setting himself up as an anti-pope. His separation from full communion with the Church lasted for several years. Yet ultimately he and Pope Callistus’ lawful successor, Pontianus, found themselves suffering side by side during a wave of persecution. They reconciled and died together for their faith in the mines of Sardinia in 235 AD. St. Hippolytus’ great work The Apostolic Tradition was only rediscovered in the 20th century, providing an enlightening and extensive glimpse into the liturgical and devotional life of Roman Christians around the year 200 AD. For more on Hippolytus, see chapter 14 of Marcellino D’Ambrosio, When the Church was Young, Voices of the Early Fathers (Servant, 2014).  Biography by Dr. Italy