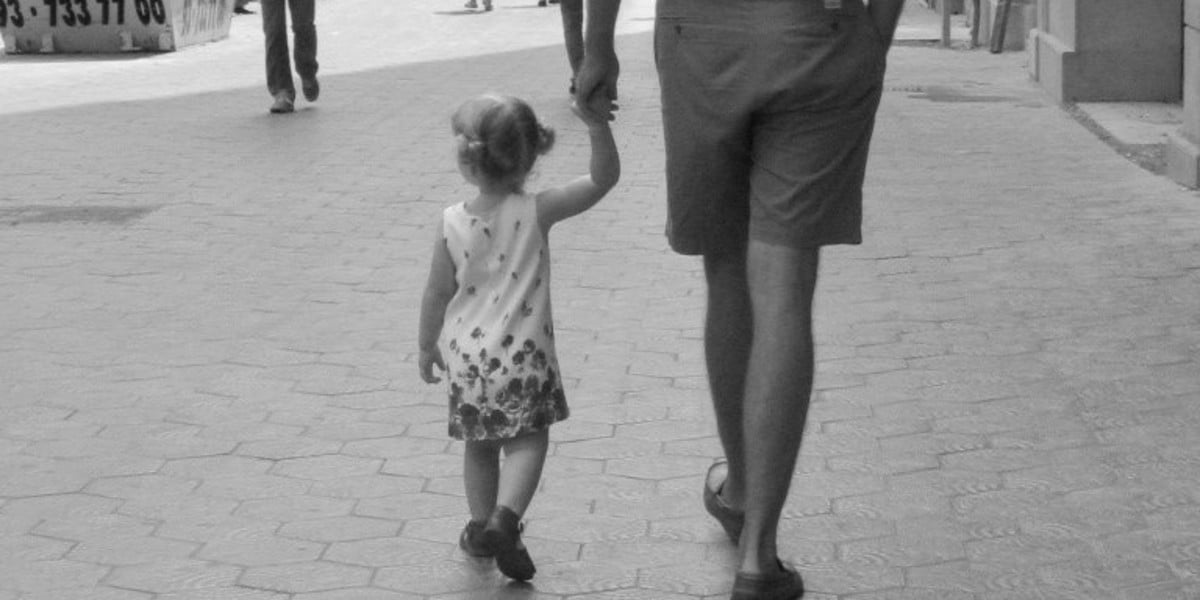 Jairus’ Daughter, Miracles and the Enlightenment

Did Jesus really raise the daughter of Jairus and perform other miracles? The Deists, including several American founding fathers like Thomas Jefferson, said no, and their Enlightenment skepticism still influences us today.  For the 13th Sunday in Ordinary Time, cycle B.

In the days when states were still “The Colonies” and men wore powdered wigs, a new way of thinking captured the intelligentsia of the western world.

The reasoning that came to prevail went something like this: “The miracle stories in the Bible and the lives of the saints may be quaint, entertaining, and even have symbolic meaning.  But certainly we should not take them literally!  Oh, God exists, for sure.  But if the Creator made such a marvelous world, humming along according to the laws of nature which he designed, why would he ever step in and work against those rules?  So let’s not be naive.”

Thomas Jefferson even went so far as to take scissors and cut all the supernatural stories right out of his Bible, leaving only the moral teaching of Jesus.  Others insisted on keeping their bible intact, but reading the miracle stories with a nod and a wink, just like they read Greek mythology.  This movement, known as the Enlightenment, was just too sophisticated to take literally what they considered to be primitive fantasy.

Death and the Natural World

To tell the truth, the Enlightenment raised a very good question.  Why would the creator of nature violate natural laws by doing miracles?

Perhaps because not everything we experience in this fallen world is so “natural” after all.  The first chapter of the book of Wisdom says plainly that death is really not “natural” (Wis. 1:13).  God designed human beings to live forever.  It was by the envy of the devil that death came into the world, and the spiritual death resulting from the sin of our first parents had a disastrous impact on all of creation.  One of the foremost Enlightenment philosophers, Gottfried Leibniz, said that the world we live in was the best of all possible worlds.

Genesis and the book of Wisdom beg to differ.

So perhaps God works miracles, and defies seemingly “natural” laws, to restore nature, to rescue his creation from the degradation and misery that sin has let loose in the world. Plus, in the case of truly natural laws, if He created nature, he is above nature.  “Nature” comes from the Latin word for birth.  Nature is that which has been born, which has come into existence.  Our God, unlike the gods of the Greek and Roman myths, has no beginning or end.  He was, He is, and He is to come.  He is therefore transcendent, above nature, super-natural.

Raising the Daughter of Jairus

This is point Mark’s gospel is making when it tells us about Jesus calming the storm, healing the woman with the flow of blood, and raising Jairus’ daughter.  Standing in front of Jesus, we are in the presence of Mystery.  He does not plead or conjure or recite incantations.  He does supernatural things not through petition but by word of command. Sophisticated skepticism is a useless response to Him.  So is fear.  If I want to experience the saving, life-giving power that He offers me, the only useful and appropriate response is faith.  Before the tragedies and challenges of life in this imperfect world, this is what faith says: “I can’t, He can, and I think I’ll let Him.”

Many children were ill in Galilee on that day.  But only Jairus believed that Jesus could do something about it, and let him, despite the ridicule of his friends.  Many adults physically touched Jesus on that day as he made his way through the crowd, but only one woman believed Jesus could heal her.  She had the boldness to reach out and touch him with expectant faith, and healing power flowed out of him, changing her life forever. 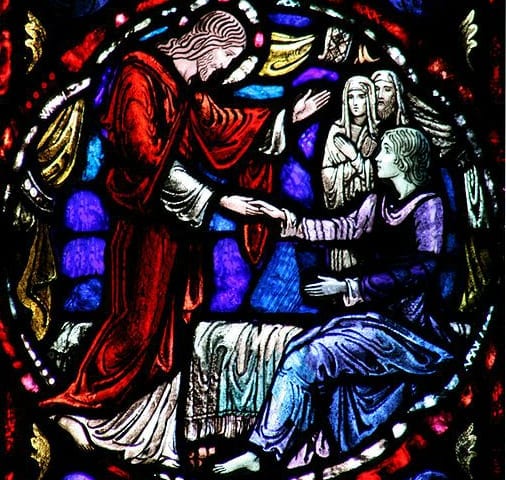 Encountering Jesus in the Eucharist

If the Eucharist is truly the Body and Blood of this supernatural miracle worker, why we don’t see more healing, miracles, and sanctification going on in the lives of communicants?

Maybe it’s because many who shuffle forward in communion lines each Sunday are like the nameless people who bumped into Jesus in the square but were too busy to notice and too jaded to expect anything.  Or maybe it’s because we’re just too “enlightened” to take such quaint Bible stories too seriously.

For more on the nature of faith, see the Faith & Discipleship Library of the Crossroads Initiative

This post focuses on the raising of the daughter of Jairus, miracles, expectant faith and the Enlightenment religion of Thomas Jefferson and many American founding fathers.  It serves as a reflection upon the readings for the 13th Sunday in Ordinary Time, liturgical cycle B (Wisdom 1:13-15; 2:23-24; Psalm 30; 2 Corinthians 8:7-15; Mark 5:21-43).  But it also makes for great reading for July 4th, US Independence Day.